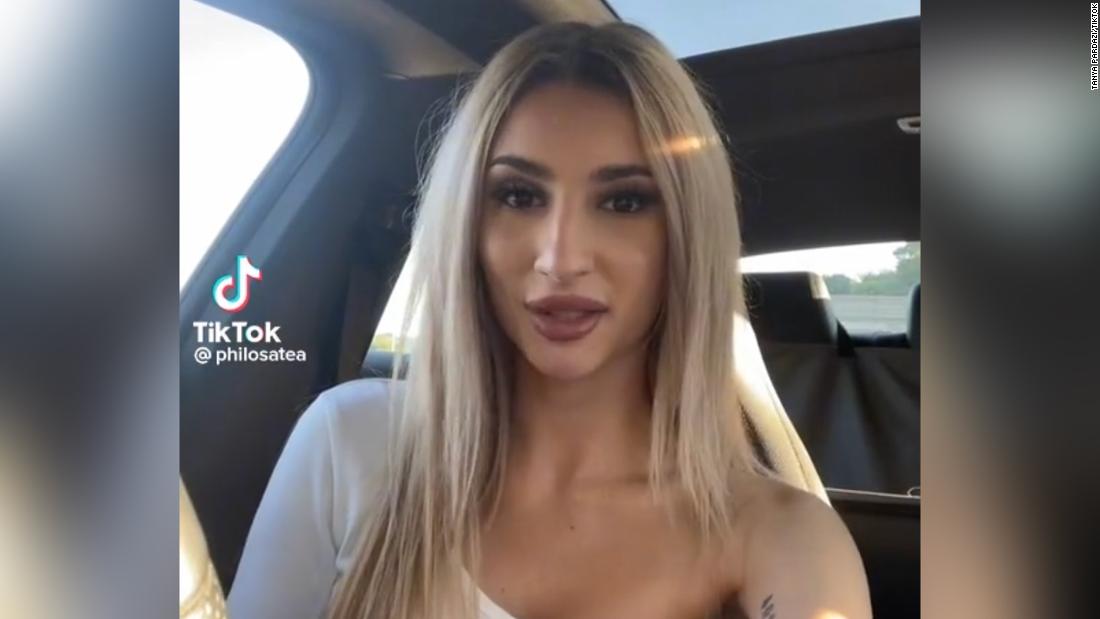 Tanya Pardazi, 21, who went by the handle philosatea on TikTok, had more than 95,000 followers and two million likes on the app.

Skydive Toronto said a sky diving student died August 27 after they “succumbed to fatal injuries obtained from an emergency situation.” The company did not identify the student, but Melody Ozgoli, a friend of Pardazi’s for about a decade, told CNN by phone Saturday Pardazi was the student who died.

Pardazi had recently begun taking classes with the sky diving company, noting it in her last TikTok post, made August 22.
“The skydiver released a quickly rotating main parachute at a low altitude without the time/altitude required for the reserve parachute to inflate,” the company said in a release.

“The jumper was a welcomed recent addition to the sky diving community and will be missed amongst the student’s new friends and fellow jumpers of Skydive Toronto Inc,” the statement said. “The team at Skydive Toronto Inc has been profoundly affected by this accident as they have refined their student training program for over 50 years.”

Ozgoli described her as outgoing, adventurous, open-minded, always there for others, and intelligent.

“She was definitely known for how beautiful she was, but what she was known mostly for was her incredible mind. That is the one thing that every single person that I talked to mentioned, just how bright she was, how smart she was, how much she knew,” Ozgoli, 20, said.

Pardazi was known for “picking up new hobbies,” according to Ozgoli, who called her friend a “gift to the world.”

Ozgoli said a funeral for Pardazi, held Friday, was well-attended.

“At the ceremony, we all wore white because she was an angel,” Ozgoli said. “I think it was a unique thing to do, and that’s what Tanya was, she was unique, she was different. She was one of a kind, truly.”

The South Simcoe Police Service “are investigating the fatality in conjunction with the Office of the Chief Coroner,” according to a news release from police.