5 paintings worth more than $400,000 stolen from locked truck in Boulder, Colorado 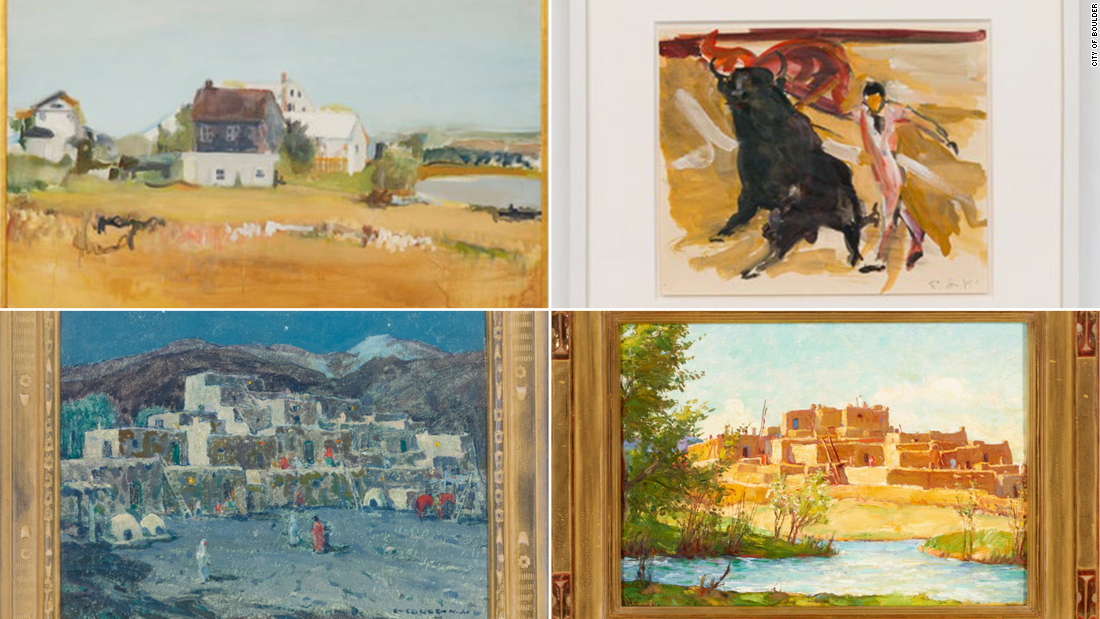 Written by By Zoe Sottile, CNN

Authorities are asking for information after five paintings valued at more than $400,000 were stolen from a locked truck in Boulder, Colorado.

The “high-end” paintings were stolen sometime between the evening of December 14 and the following morning, according to a news release from the City of Boulder. The transport company staff stayed at a hotel overnight and discovered the following morning that the padlock on the truck had been cut and the five paintings, in addition to some tools, had been stolen.

“Laguna Pueblo” by American painter Ernest Martin Hennings was among the pieces stolen. Hennings is best known for his landscapes of New Mexico and portraits of Native Americans. Credit: City of Boulder

The artworks include “View of the Taos Pueblo” by Joseph Henry Sharp, “Laguna Pueblo” by Ernest Martin Hennings, “Untitled (Madrid Series #3)” by abstract expressionist Elaine de Kooning, “Burnett’s Barn” by representational painter Jane Freilicher, and “Taos Pueblo at Night” by Eanger Irving Couse. Sharp, Hennings, and Couse were all members of the Taos Society of Artists who produced work in and about Taos, New Mexico.

Officials did not specify where the artworks were traveling to or from. Police are asking members of the public to submit any information related to the theft.