'A slap in the face': Some GOP members frustrated after full list of McCarthy concessions not released 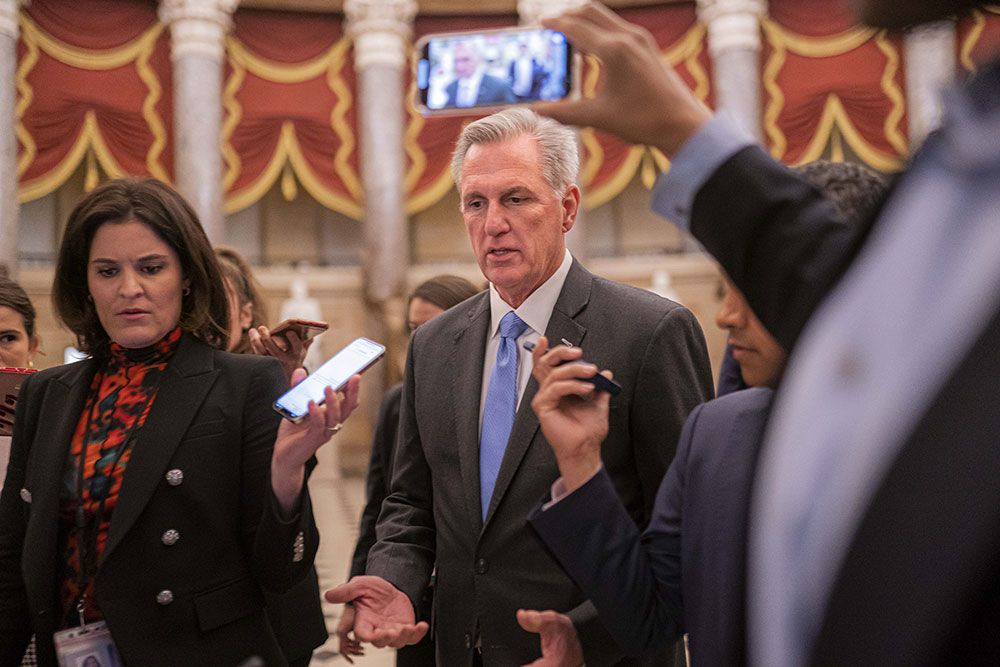 Now that Republicans are in charge of the House, they are moving full speed ahead to fulfill one of their top promises: defund the Internal Revenue Service.

“Our very first bill will repeal the funding for 87,000 new IRS agents,” House Speaker Kevin McCarthy said shortly after taking the gavel early Saturday morning to a standing ovation from his party. “You see, we believe government should be to help you, not go after you.”

GOP lawmakers have railed against the nearly $80 billion the IRS will receive over the next decade as part of the Democrats’ Inflation Reduction Act ever since the law was enacted last summer. Republicans have argued that the agency intends to hire an army of new agents to harass taxpayers, though the IRS has said the money will be used for improving customer service, supporting operations and addressing other needs as well. It has already hired several thousand new staffers to help taxpayers with the upcoming filing season.

One of the House GOP’s first moves, which could happen as soon as Monday, is to consider the Family and Small Business Taxpayer Protection Act. It would rescind more than $71 billion of the additional IRS funding.

The bill, which has no hope of passing the Democrat-controlled Senate, would increase the deficit by more than $114 billion over a decade, the Congressional Budget Office estimated Monday.

More background: The House vote will fulfill a promise McCarthy made in September that the top priority of a Republican House majority would be to roll back “harmful provisions” in the Inflation Reduction Act, the right-leaning Americans for Prosperity said Monday, urging lawmakers to support to bill.

“The CBO has confirmed what was obvious from the start — the Republican IRS bill, a handout to wealthy tax cheats, would add $114 billion to the deficit,” said Wyden, a Democrat.

The White House already vowed that President Joe Biden would veto the legislation should it come to his desk, calling the bill “reckless.”

“Far from protecting middle-class families or small businesses, H.R. 23 protects wealthy tax cheats at the expense of honest, middle-class taxpayers,” the White House said in a statement on the bill.

It also noted that the Treasury Secretary has already directed that the additional IRS funding not be used to increase audit rates relative to historical levels for small businesses or households with incomes below $400,000.

Republicans already successfully snipped the IRS’ funding, cutting more than $275 million from the agency’s budget in the fiscal year 2023 federal spending bill that was enacted last month. It provided the IRS with $12.3 billion for the current fiscal year.