After six days without water to flush toilets, officials say it’s too soon to know when Jackson residents will get clean running water 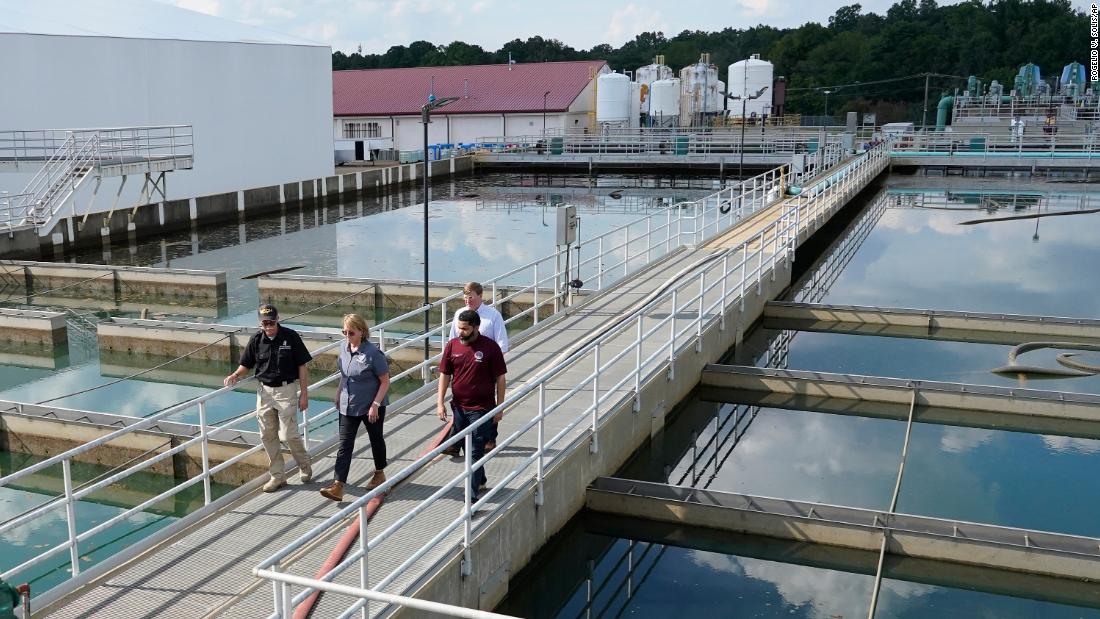 Yet six days after a major failure at a water treatment plant, it is still too soon to say when all Jackson residents will have safe, running drinking water, the head of the Federal Emergency Management Agency said Sunday.

“The focus right now is making sure we can get bottled water out,” FEMA Administrator Deanne Criswell told CNN’s Dana Bash.

“Right now, we’re providing temporary measures to increase the water pressure so people can at least flush their toilets and use the faucets.”

Jackson, home to about 150,000 residents, had already been under a boil-water advisory since July 30 due to a high “level of manganese combined with the use of lime” at the O.B. Curtis Water Treatment Plant in nearby Ridgeland, the city of Jackson said.
The main pumps at the water treatment plant were severely damaged around late July, forcing the facility to operate on smaller backup pumps, Mississippi Gov. Tate Reeves said last week. The governor did not elaborate on the damage.
Then heavy rain and flooding in late August caused a chemical imbalance at the O.B. Curtis plant — the main water plant servicing Jackson. The water treatment facility began failing Monday, Reeves said.

The FEMA director visited the site Friday and said it’s not certain when the water plant will be fully operational again.

“There has been a lot of infrastructure damage that has been present for many years,” Criswell told CNN’s “State of the Union” on Sunday.

But “I think that having EPA and the Army Corps of Engineers, we had a really good conversation on Friday about what it’s going to take and the assessments they’re doing,” Criswell said. “It’s going to happen in phases.”

But even when Jackson’s boil water advisory is lifted, the water treatment infrastructure will still be in a fragile state, Mayor Chokwe Antar Lumumba said told ABC’s “This Week” on Sunday.

“There are many points of failure. We’re talking about a set of accumulated challenges that have taken place over the better part of 30 years.”

The mayor told ABC he expects a long road ahead to achieve a “safe, drinkable, reliable, sustainable and equitable” water treatment facility.

“I’ve been lifting up this circumstance amongst many individuals that are in leadership and have influence over a solution,” Lumumba said. “I don’t want to put it squarely in one person’s lap, but I think there’s a well-defined record of me lifting that up.”