Analysis: The next big Democratic star (you haven’t heard of yet) 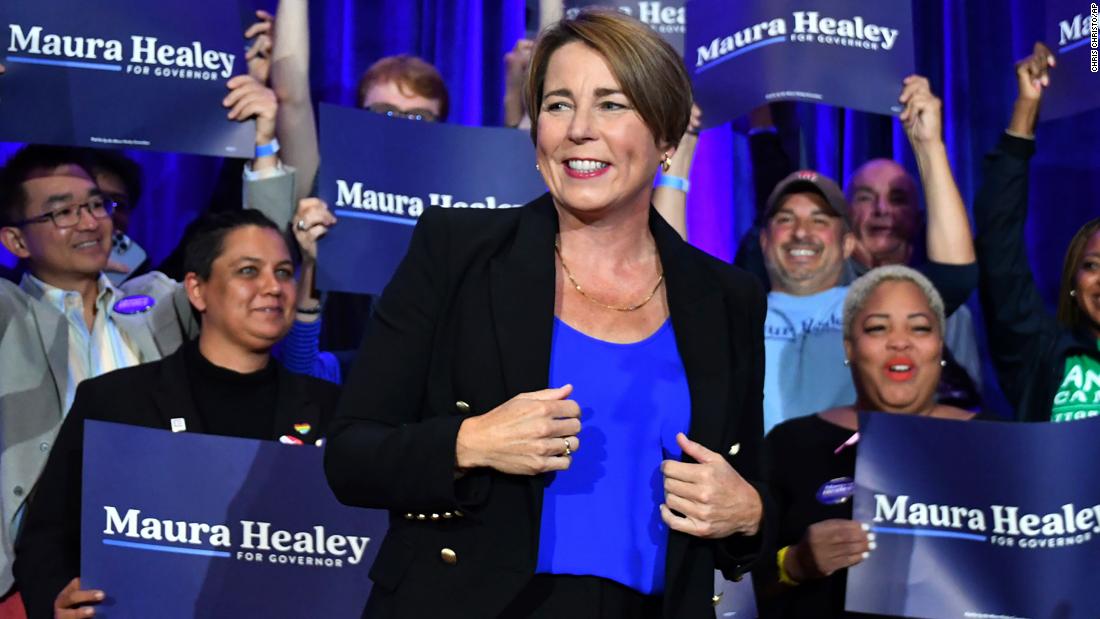 Healey, the state’s attorney general, won more than 85% of the vote; her only opponent dropped out of the primary in June, but remained on the ballot.

(Sidebar: That Healey had no serious primary challenge in a state as Democratic as Massachusetts speaks to her political strength in the state.)

Should Healey win the general election — and she will be heavily favored given Massachusetts’ Democratic tilt and the fact that Republicans in the state chose a Donald Trump acolyte as their nominee — she would make history as one of the first out lesbian governors anywhere in the country. (Tina Kotek, a Democrat running for governor in Oregon this year, could also join her). Healey would also be the first woman to serve as governor of Massachusetts.

For Healey, it wouldn’t be the first time she had made history. When she was elected as state attorney general in 2014, she was the first out gay person to hold that job in the country.

She also went to Harvard where she played basketball. She went on to play professionally in Europe. (Austria, to be exact.) In the first ad of her bid for attorney general, Healey referenced her unique background. “When you’re a five-four pro basketball player, you learn to take on the big guys,” she said.

If Healey is elected governor in November — and again, there is every reason to believe she will be — her profile as the chief executive of one of the most Democratic states in the nation and as one of (if not the) most prominent LGBTQ elected leaders in the country would immediately make her a national figure within the party.

Which means that if President Joe Biden does not run for a second term — and I have zero insider information about when he will make his mind up on that question and what he will ultimately decide — Healey’s name is one you may hear along with the likes of Vice President Kamala Harris, Secretary of Transportation Pete Buttigieg and California Gov. Gavin Newsom (among many others).

If Healey were to decide against such a bid, you can be sure that her name would be in the mix as a vice presidential contender.

At 51 years old, Healey is in no rush. Even in 2028, she will still be in her 50s and at that point could well be in the midst of her second term as governor of the Bay State.

The Point: Healey has been a rising star for a while. Her ascension is nearly complete now. Watch out for her to emerge as a major player for Democrats in the years to come.