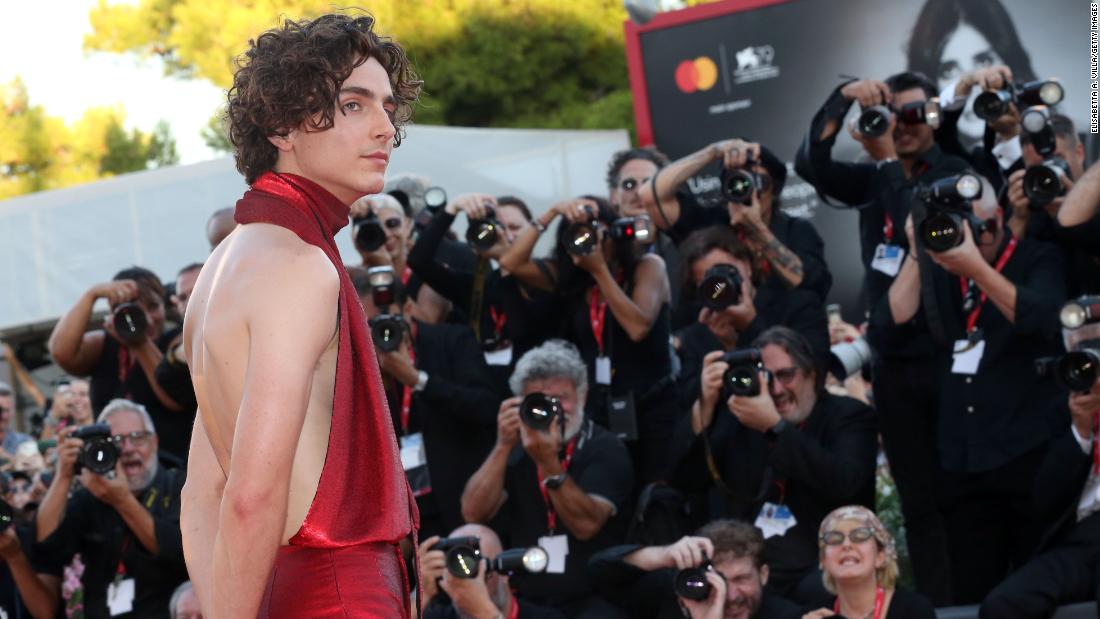 Celebrities dressed to the nines have descended on the Venice Lido this week to attend the 79th installment of the city’s annual film festival. It’s set to be a star-studded event, with the premieres of Noah Baumbach’s “White Noise,” starring Greta Gerwig and Adam Driver, the buzzy “Don’t Worry Darling” directed by Olivia Wilde featuring Harry Styles and Florence Pugh, as well as “Blonde” — Netflix’s Marilyn Monroe biopic with Ana de Armas — scheduled across the 11 days.

Timothée Chalamet in a backless Haider Ackerman look at the “Bones And All” red carpet premiere. Credit: Elisabetta A. Villa/Getty Images

The festival, which runs from 31 August to 10 September, is the oldest event of its kind having been founded in 1932 — and thanks to the romantic backdrop of the floating city, is one of the most visually arresting. Paparazzi shots of guests arriving by private water taxis conjure images of Old Hollywood glamor, and so far the red carpet moments have followed suit. From actor Julianne Moore’s embellished Valentino cape to model Mariacarla Boscono’s revealing Jean Paul Gaultier gown, there’s been no shortage of high-octane outfits, with many more to come.

Click through the gallery above to see the stand-out fashion moments from the festival.

A brief history of the red carpet