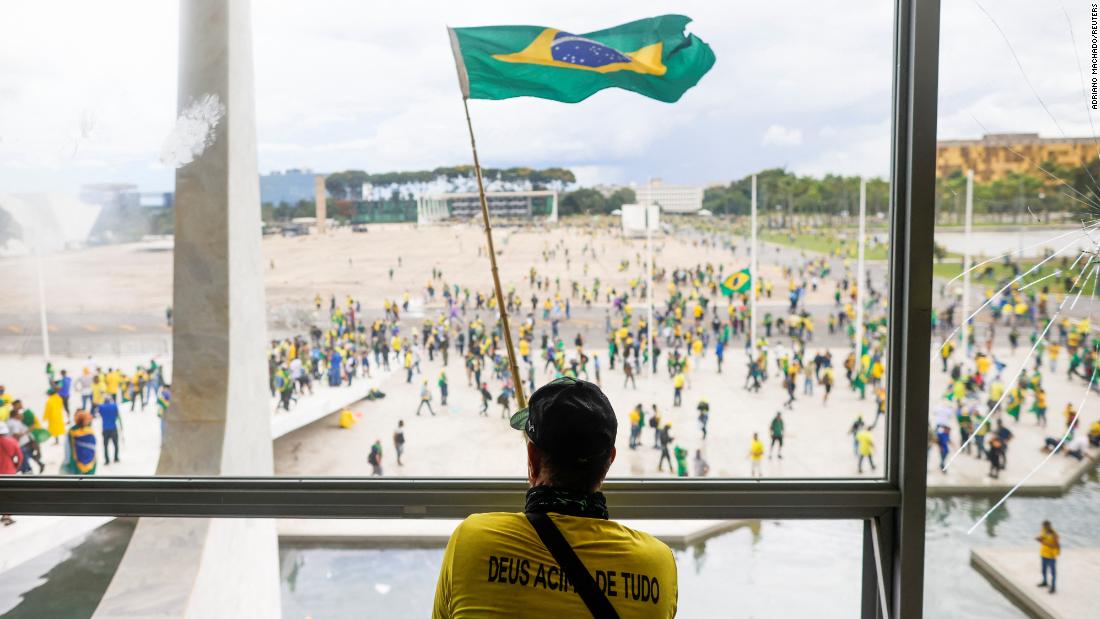 Supporters of former Brazilian President Jair Bolsonaro breached security barriers set up by the Armed Forces on Sunday and gained access to the country’s congressional building, the Supreme Court and the Planalto Presidential Palace, according to images shown in Brazilian media.

Footage showed massive crowds in the capital of Brasília walking up a ramp that leads to the congressional building, where they had reached the Green Room, located outside the lower House of Congress’ chamber, Interim Senate President Veneziano Vital do Rogo told CNN Brasil.

Other outlets showed Bolsonaro supporters entering the Supreme Court and the presidential palace, where CNN Brasil showed the arrival of anti-riot police and the Brazilian Armed Forces

The breaches come about a week after the inauguration of President Luiz Inácio Lula da Silva, whose return to power after a 12-year hiatus comes after he defeated Bolsonaro in a runoff election on October 30.

Supporters of Bolsonaro – who left Brazil prior to the inauguration and is currently in the United States – have been camped out in the capital since then. Justice Minister Flavio Dino had authorized the Armed Forces to set up the barriers and guard the congressional building Saturday due to the continued presence of Bolsonaro supporters.

Neither house of Congress is currently in session. And while President Lula is not currently in the building, a team assembled for the newly-elected president was working inside the palace at the time the protesters entered, CNN Brasil reported. Officials at Planalto Palace are waiting for the Air Force to evacuate them from the building, per CNN Brasil.

Dino, who said he was at the Ministry of Justice headquarters, condemned the actions of Bolsonaro’s supporters in a statement on Twitter, saying, “This absurd attempt to impose the will by force will not prevail.”

Federal District Security Secretary Anderson Torres – and the former justice minister under Bolsonaro’s government – similarly called the scenes “regrettable,” adding that he had ordered “immediate steps to restore order in the center of Brasília.”

Gleisi Hoffman, president of the Worker’s Party, called the breaches “a crime announced against democracy” and “against the will of the polls.”