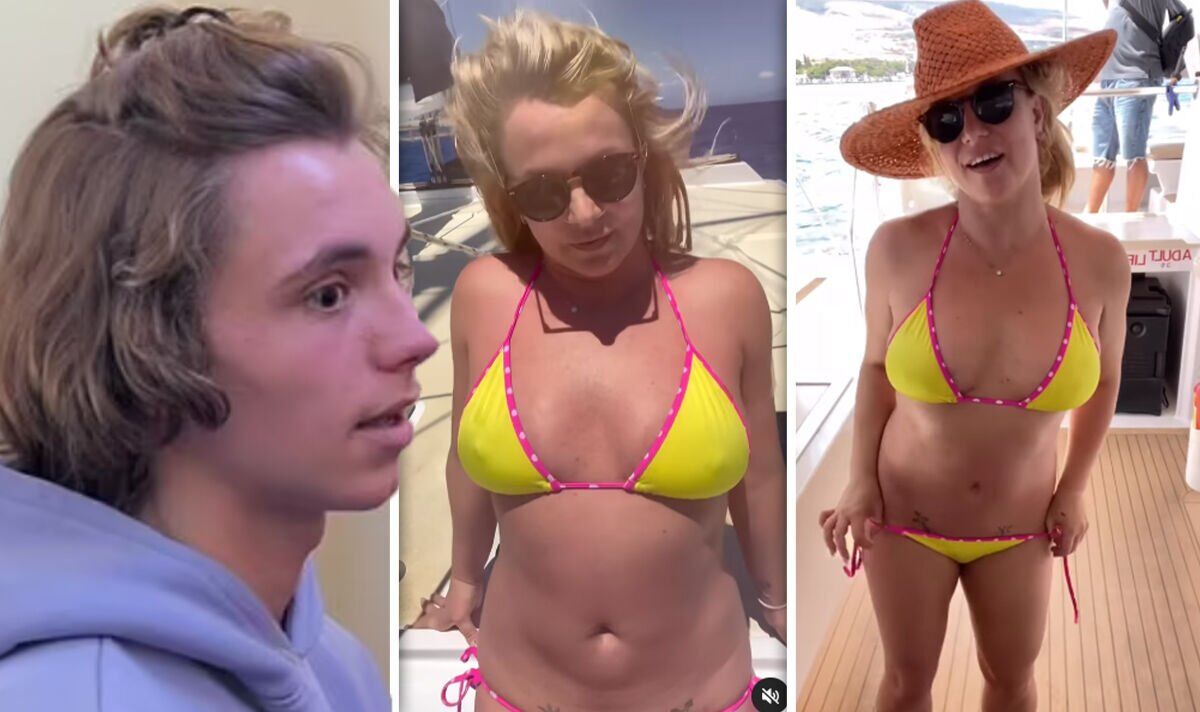 Britney Spears, 40, has been the centre of headlines since she was freed from her conservatorship in November last year.

Many have spoken out to the Toxic singer, including her estranged sons Preson, 16, and Jayden, 15, with whom she shares with her ex Kevin Federline.

This comes as her son Jayden spoke out about his mother’s social media use, when he admitted in an ITV interview alongside his father: “It’s almost as if she has to post something to get attention.

As well as responding over audio, Britney has ignored her son’s concerns, which are said to be shared by his brother Preston, as she took to Instagram to share another topless video.

She posed in just a pair of tiny bikini bottoms as she lounged upon a luxury boat, captioning the video in view of her 42.2 million followers: “CALM DOWN !!! HELL NO STAY WOKE !!!!! Oh and here’s my a**.”