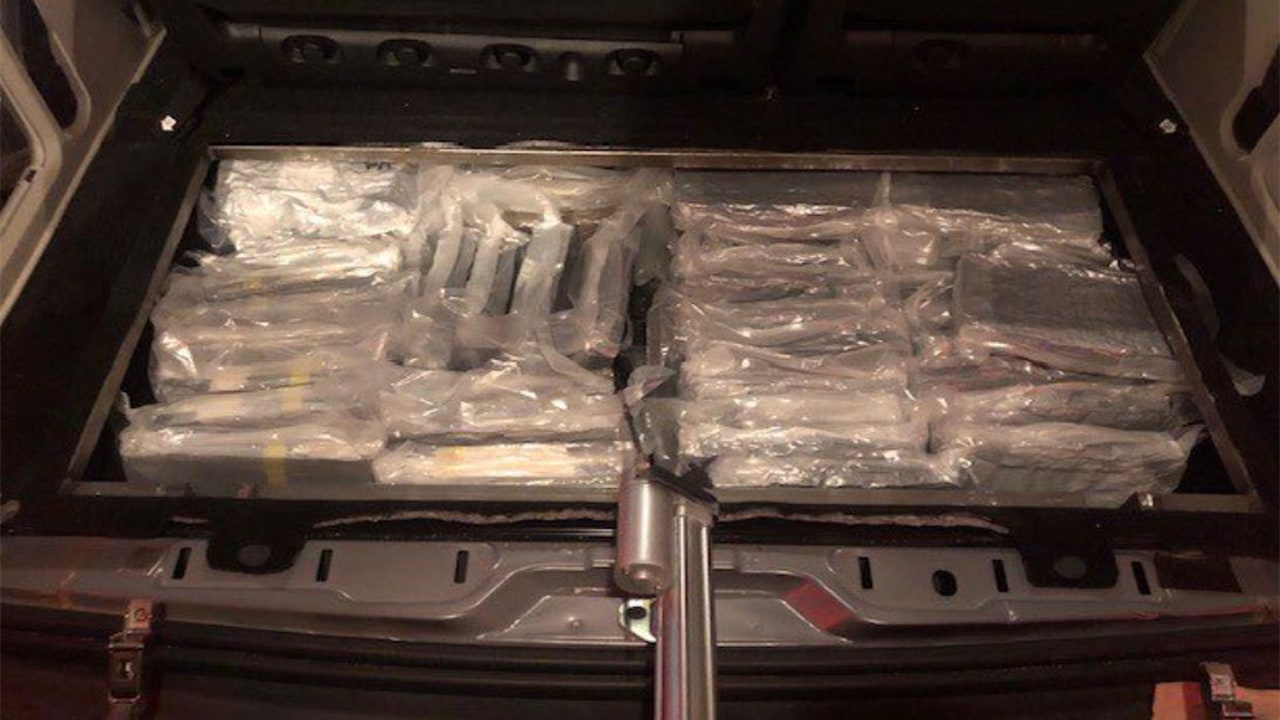 A Canadian man was arrested last week for his alleged involvement in an international drug trafficking scheme using big-rig trucks to transport the narcotics out of Southern California.

FBI agents arrested 40-year-old Sam Nang Bou of Edmonton, Canada, last Thursday. Prosecutors say Bou traveled to Southern California over the past year to personally handle the delivery of large shipments of drugs to long-haul semi-truck drivers, according to a criminal complaint filed in federal court.

Forty-eight kilograms of suspected cocaine were found inside two hidden compartments in a minivan.
(US Attorney L.A.)

The complaint alleges that Bou made eight deliveries of narcotics to semi-truck drivers, including a shipment of 500 pounds of methamphetamine that law enforcement seized on Aug. 23.

During those searches, law enforcement recovered 48 kilograms of suspected cocaine inside two sophisticated hidden compartments in a minivan that Bou had recently locked up in a storage facility in Pasadena.

Seizures conducted over the past year yielded more than 1,000 pounds of methamphetamine and 333 kilograms of cocaine, according to a Justice Department press release. An affidavit estimates that “Bou has distributed drugs with a value of at least $9.8 million in Los Angeles, and likely several times that amount if exported and resold in Canada.”

Bou is being held without bail. He faces between 10 years and up to life in federal prison. He is scheduled to be arraigned on Sept. 22.