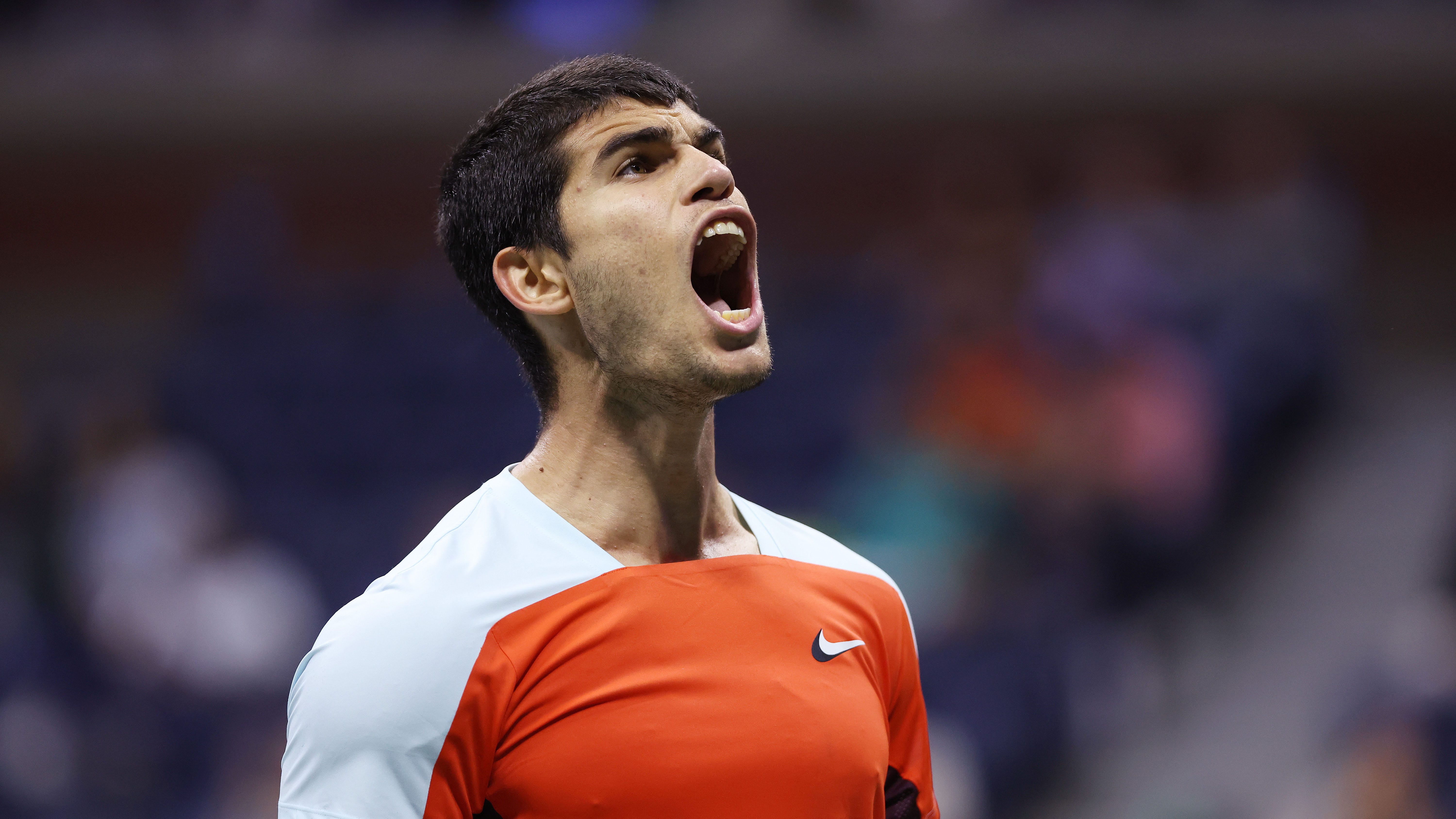 In the second-longest match and the latest-ever finish in US Open history, No. 3 Carlos Alcaraz beat No. 11 Jannik Sinner to move on to the semifinal round.

Carlos Alcaraz of Spain reacts to winning a point in a fourth set against Jannik Sinner of Italy during their Men’s Singles Quarterfinal match on Day Ten of the 2022 US Open in New York City.
(Julian Finney/Getty Images)

Sinner almost got the job done in the fourth set, but Alcaraz avoided the match point and ended up forcing that fifth set.

“I always say you have to believe in yourself all the time,” Alcaraz said.

Despite everyone in Arthur Ashe Stadium being tired, the tension and suspense was palpable. Proof of that came when Sinner secured a break point to make it 3-2 in the fifth set. However, Alcaraz would break him in the next game and wouldn’t lose one from there.

Carlos Alcaraz of Spain, right, celebrates match point against Jannik Sinner of Italy during their Men’s Singles Quarterfinal match at the US Open in NYC.
(Matthew Stockman/Getty Images)

“Honestly, thank you to all of you,” Alcaraz said to the crowd, thanking them for having energy from start to finish.

“I couldn’t believe the energy I received here.”

The first set went to Alcaraz pretty easily, but Sinner made things much tougher for his opponent from there. Despite Alcaraz wowing the crowd with a behind-the-back return in the second set, Sinner had the match in his hands. Until he didn’t.

Carlos Alcaraz of Spain reacts to a lost point in a tie break against Jannik Sinner of Italy during their Men’s Singles Quarterfinal match on Day Ten of the 2022 US Open.
(Matthew Stockman/Getty Images)

No matter which way you put it, this match was electric between two of the young phenoms in the sport, and one that everyone who stayed up to watch will not forget.

Alcaraz will be taking on American Frances Tiafoe in the semifinal on Friday, where Tiafoe is the first Black player to reach the semifinal since Arthur Ashe.

Scott Thompson is a sports writer for Fox News Digital.