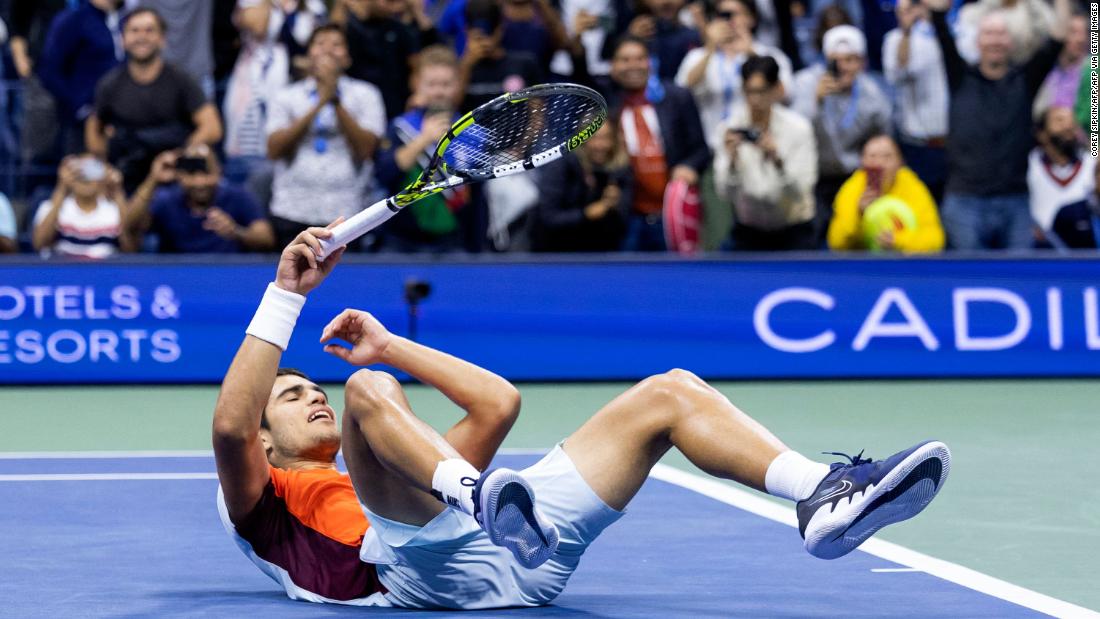 It was, by almost half an hour, the latest ever finish in the tournament’s history. The 19-year-old Alcaraz dropped to the floor and put his hand over his face in disbelief when he sealed match point having come perilously close to defeat in the previous set.

The 6-3 6-7 6-7 7-5 6-3 victory lasted five hours and 15 minutes; it was Alcaraz’s second consecutive late finish at the US Open after his five-set victory against Marin Cilic in the previous round.

Sinner was serving for the match at 5-4 in the fourth set, but Alcaraz hit back by winning the next three games in a row to force a decider — saving a match point in the process.

The 21-year-old Sinner then led by a break in the fifth set, too, only for Alcaraz to once again refuse to bow down. He becomes the youngest grand slam semifinalist since compatriot Rafael Nadal in 2005.

“I always say that you have to believe in yourself all the time,” Alcaraz said in his on-court interview. “Hope is the last thing that you lose … I have to stay in the match, trying to stay calm, but it’s difficult to stay calm in that moment.”

Alcaraz will next play another maiden grand slam semifinalist in Frances Tiafoe, the American having defeated Andrey Rublev in his quarterfinal on Wednesday.