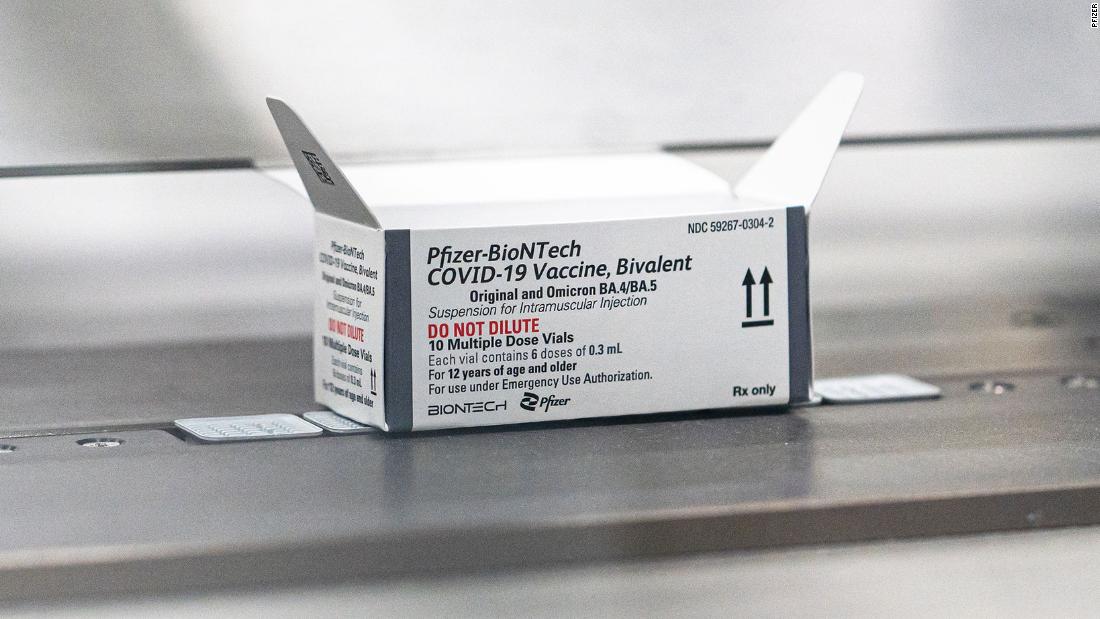 The CDC’s Advisory Committee on Immunization Practices voted 13 to 1 earlier in the day to recommend updated mRNA boosters for Americans this fall.

Walensky’s decision means the shots could be available by Friday, according to pharmaceutical manufacturers, which began shipping the new doses after the US Food and Drug Administration authorized them Wednesday.

“The updated COVID-19 boosters are formulated to better protect against the most recently circulating COVID-19 variant,” Walensky said in a statement. “They can help restore protection that has waned since previous vaccination and were designed to provide broader protection against newer variants. This recommendation followed a comprehensive scientific evaluation and robust scientific discussion. If you are eligible, there is no bad time to get your COVID-19 booster and I strongly encourage you to receive it.”

The updated boosters have instructions that tell our cells to make antibodies against two strains of the virus that causes Covid-19: the original strain and the BA.4 and BA.5 Omicron subvariants, which share the same spike.

The CDC said in the statement that it “also expects to recommend updated COVID-19 boosters for other pediatric groups” in the coming weeks.

People are eligible for the updated boosters as long as they have completed all primary doses in their vaccine series. The committee recommended that the new boosters be given at least two months after the last dose of any Covid-19 vaccine and up to three months after an infection.

The new formulations do not replace shots for the primary series.

The boosters were approved based on studies in mice bred to have human ACE-2 receptors — the doors the coronavirus uses to get into our cells — but clinical trial data showing how well they may work in humans won’t be available for another month or two.

This is similar to the way annual flu shots are studied and approved, but it’s the first time for Covid-19 vaccines.

In approving the vaccines, regulators also reviewed data behind different two-strain boosters. Those carry instructions to fight the original strain of the Omicron variant, BA.1, along with the original virus. Those boosters have been studied in about 1,400 people. They have been authorized for use in the UK and Canada but will not be available in the US.

Several of the committee members said Thursday that they were uncomfortable recommending a vaccine with no human data to back it.

“We’re been extrapolating the data that has been seen with the bivalent BA.1, and hopefully, we’ll have similar data for BA.4 and BA.5,” said Dr. Pablo Sanchez, a pediatrician at Ohio State University and a member of the committee.

“So I’m just concerned about that extrapolation. And because and ultimately, I really don’t want to establish a precedent of recommending a vaccine that we don’t have clinical data,” said Sanchez, who voted against the recommendation.

That prompted a quick rebuttal from government experts who work with the committee.

“I just would like to remind the committee that every year, we use influenza vaccines that are based on new strains without clinical studies being done,” said Dr. Melinda Wharton, associate director for vaccine policy at the CDC’s National Center for Immunization and Respiratory Diseases.

“FDA felt very comfortable with the approach of extrapolating the safety and effectiveness or rather the known and potential benefits,” Fink said. “We recognize that we’ve taken a different path than the regulatory authorities have in Europe and Canada.”

Fink said the US chose to go this route based on feedback from its independent advisory group and projections for the viruses that may be circulating in this country over the fall and winter.

On Thursday, the committee saw new modeling data that suggested there were substantial risks to waiting to roll out new boosters.

According to the CDC’s forecasts, boosters given to US adults in September could prevent 137,000 more hospitalizations and 9,700 deaths than if the boosters were held until November.

New analyses on the cost-effectiveness of the boosters suggest that the US could save at least $63 billion in medical costs between August and March 31 if as many people get these boosters as got flu shots during the 2021-22 season.

In the studies that looked at the shot targeting BA.1 along with the original, the boosters broadened immunity against many variants, and they were proven to be better than the older single-strain boosters because they made higher levels of antibodies.

Moderna presented tantalizing data suggesting that the two-strain shots it developed against the Beta variant might extend the length of protection people get from their vaccines, which currently drops off significantly after about four months. It said a study on these results was being prepared for publication

In mice bred to have human ACE-2 receptors, the two-strain vaccines against BA.4 and BA.5 protected better against infections in their lungs, compared with the original vaccine.

CNN’s Naomi Thomas and Deidre McPhillips contributed to this report.