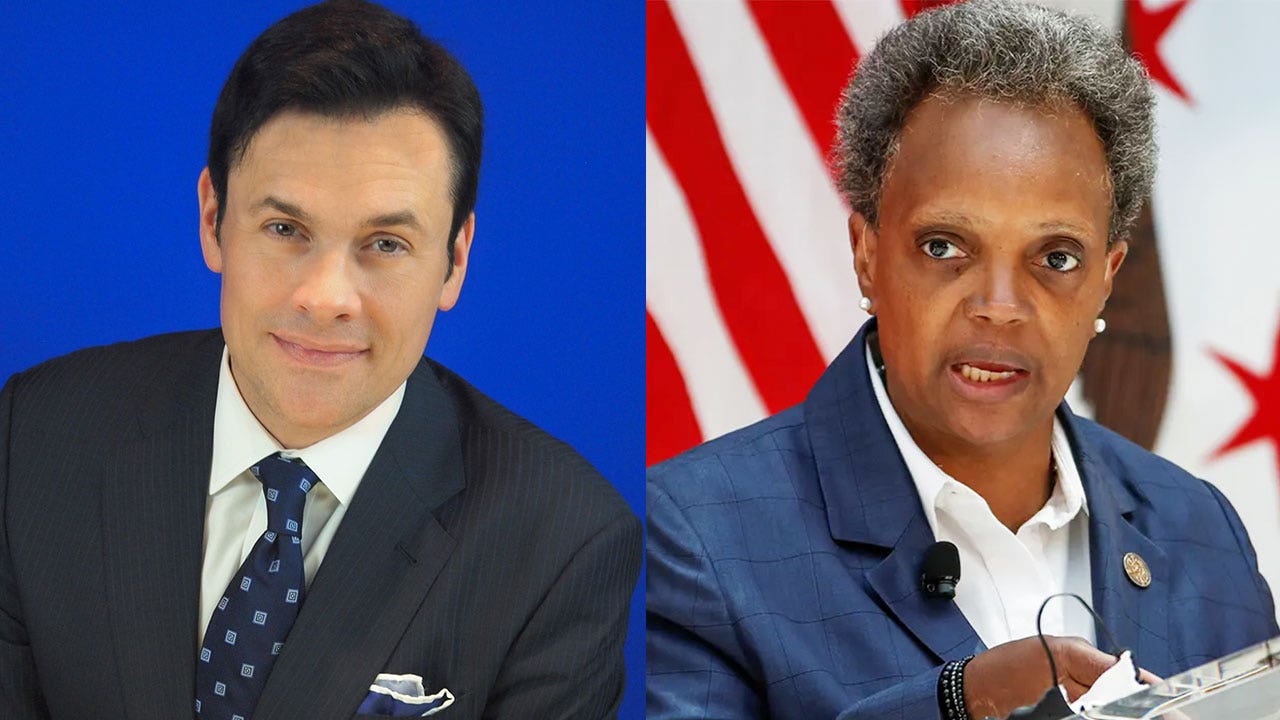 The suit, filed by journalist William J. Kelly to the U.S. District Court for the Northern District of Illinois in late August, alleges Lightfoot and Brown are violating his First Amendment and Fourteenth Amendment rights, saying, “They have done this for the most cynical and contemptible reason that can be imagined, to prevent Lightfoot from being questioned about their failures in the performance of the public offices they currently occupy.”

“Lightfoot desperately wants to prevent anyone from questioning her about her multiple failures in office or about the false statements she makes, at press conferences because she is standing for re-election and wants to keep her dismal performance as mayor of Chicago from being publically [sic] exposed and criticized,” the suit reads.

The suit continues, “Because Kelly in his role as a reporter and journalist has caused great embarrassment for Lightfoot by asking the hard and embarrassing questions about her obvious failure as mayor, and because this has and would continue to hurt her chances of being reelected, Lightfoot has directed Brown to revoke Kelly’s City of Chicago press credentials which prevents Kelly from attending any more of her press conferences.”

REPORTER TO CHICAGO’S LIGHTFOOT: HOW CAN YOU ‘POSSIBLY EVEN CONSIDER’ RE-ELECTION AFTER ‘HARM YOU’VE CAUSED’

Kelly alleged that upon Lightfoot’s instruction, Brown “directed a police officer assigned to Lightfoot’s seventy officer strong security force to fabricate a report that Kelly had bumped into him on July 19, 2022. Brown then used this false report as a pretext to revoke Kelly’s press credentials on August 8, 2022. In fact the entire episode where this bump was falsely alleged to have taken place was videotaped by Kelly and this video shows no such bump took place.”

“This is blatantly unconstitutional. A public official may not target particular news media organizations or journalists for exclusion from access made generally available to other media. The First Amendment guarantees the freedoms of speech and of the press, and those rights are incorporated against the states. The Fourteenth Amendment also guarantees citizens due process and equal protection of the laws. including equal treatment by their government, and due process, which requires fair notice and consideration before the government may revoke access,” the suit asserts.

A recording from Kelly of the July 19 incident shows him following Lightfoot after she avoided taking his question at a press conference and being physically blocked by her personnel.

The footage, which was previously shared by The Daily Caller, includes Kelly repeatedly shouting “Don’t touch me” to her personnel, who immediately denied he touched the journalist.

In a copy of an August 8 letter obtained by Fox News Digital, CPD Superintendent Brown told Kelly his press credentials were revoked “as a result of actions which occurred on July 19, 2022.” Attached to the letter was a “Case Incident Report” filed with the CPD accusing Kelly of “aggravated battery to a police officer” and that he “on two occasions deliberately bumped by pushing his upper body into the upper left arm of” one of the security guards, “thus causing him to receive a battery.”

Kelly noted that the incident came just one day after a combative exchange at a separate press conference where he grilled Lightfoot about her “taxpayer-funded business trip” to Paris “with your donors” as crime continues to plague Chicago.

Kelly, a contributing reporter for the Daily Mail, outlined some of his other fiery exchanges with Lightfoot including one from June 2021 when he pressed her on whether she owed the victims of violent crime in Chicago an apology, another form March 2022 questioning a press release that claimed the crime rate in Chicago had decreased, as well as an exchange from April 2022 when he asked Lightfoot, “How you could possibly even consider running for reelection as mayor of the city of Chicago after all the harm you’ve caused?”

“I’ve covered other Chicago mayors including Mayor Rahm Emanuel. None of them liked my questions either… But Mayor Lightfoot doesn’t think she should be answerable to anyone – certainly not me or to the people of Chicago. If a powerful politician like Mayor Lightfoot can just ‘cancel’ the First Amendment or a reporter like me whenever she wants, then we are truly lost as a nation,” Kelly told Fox News Digital.

Fox News Digital reached out to Lightfoot’s office for comment. A spokesperson for Chicago’s Department of Law replied, “The City does not comment on ongoing litigation.”