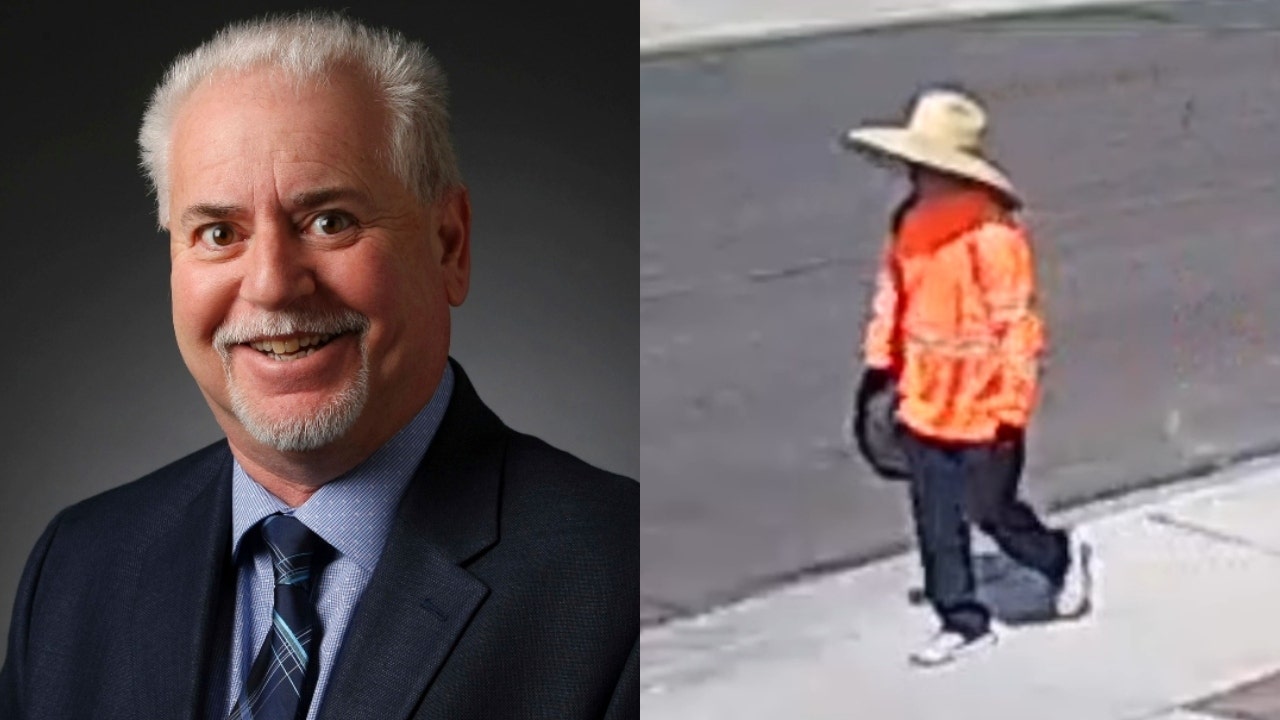 Police arrested Telles, 45, a day after releasing photos of the suspect and the suspect’s vehicle, as the Las Vegas Review-Journal, where German worked since 2010, first reported.

LVMPD said Wednesday evening that they had taken the suspect into custody but did not release the suspect’s identity or respond to inquiries from Fox News Digital.

Review-Journal reporter Brett Clarkson said Telles was “taken out of his house on a stretcher and loaded into an ambulance.”

LVMPD responded to reports of an unresponsive man whom they later identified as German, 69, outside his home on the 7200 block of Bronze Circle around 10:33 a.m. on Aug. 3.

Telles stayed silent as Review-Journal reporters confronted him outside his home Wednesday afternoon.

On Tuesday evening, the Las Vegas Review-Journal — where German had worked as a reporter since 2010 — observed Telles, a Democrat, standing next to a vehicle that matched the suspect vehicle’s description.

German had recently written about allegations of a hostile work environment in Telles’ office. The public administrator had lost his bid for reelection in June after German published his findings, the outlet reported.

LAS VEGAS JOURNALIST STABBED TO DEATH OUTSIDE HIS HOME

The journalist had also recently submitted a public records request for text messages between Telles and three other county officials, according to the Review Journal.

On Wednesday, Las Vegas authorities towed the vehicle from Telles’ home as they executed a search warrant at his address in connection with German’s death, according to The Las Vegas Review-Journal.

Police say the suspect in their photos released on Tuesday may have been “casing the area to commit other crimes before the homicide occurred.”

LVMPD did not immediately respond to an inquiry from Fox News Digital about whether Telles has any ties to the GMC suspect vehicle.

“The Review-Journal family is devastated to lose Jeff,” Executive Editor Glenn Cook said in a statement after the journalist’s death. “He was the gold standard of the news business. It’s hard to imagine what Las Vegas would be like today without his many years of shining a bright light on dark places.”

Authorities are asking anyone with information to contact the LVMPD Homicide Section by phone at 702-828-7777, or email at [email protected] To remain anonymous, contact Crime Stoppers by phone at 702-385-5555, or on the internet at www.crimestoppersofnv.com.