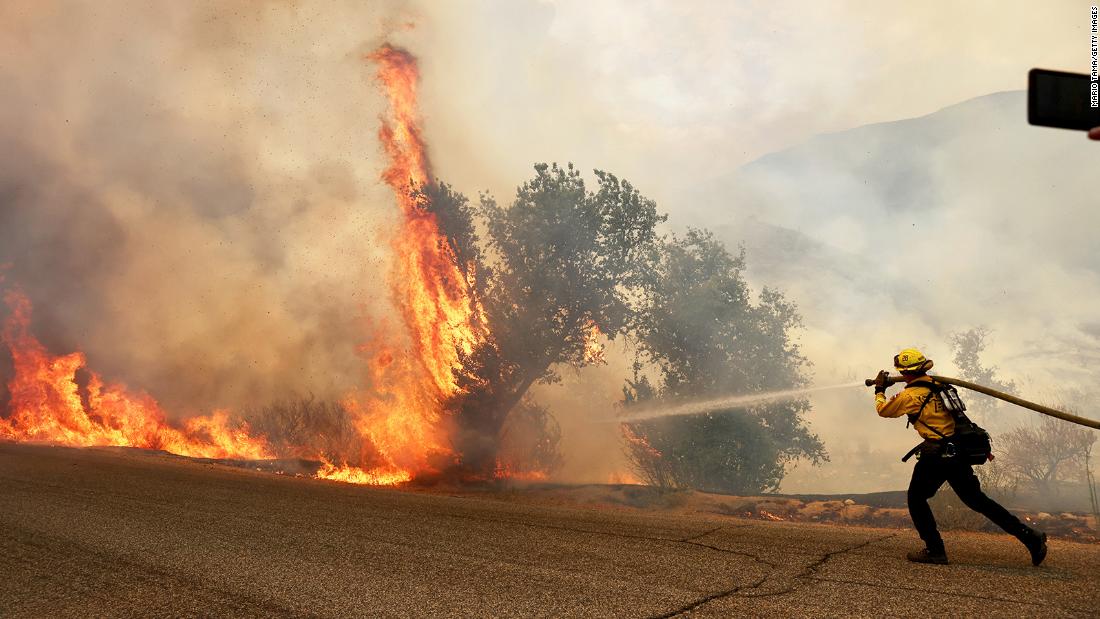 The fire, which has spread to 9,846 acres and is 5% contained, has not shown signs of slowing down, either.

“The fire’s burning in all directions, on all flanks,” said Cal Fire Chief Josh Janssen during a news conference Wednesday morning.

“Because of the footprint of the fire, the fire was rapidly progressing towards the federal land and the decision was made to go unified with our federal cooperators so that we can collectively make the decisions that are right for both the public and the citizens in the area,” Janssen said.

This rapidly growing fire comes as California and many states on the West Coast swelter under a brutal heat wave, which is setting record high temperatures, fueling destructive wildfires and threatening rolling power shutoffs in California. The heat wave could last even longer due to the effects of a strengthening hurricane along Mexico’s Pacific coast.

Circuit activity occurred “close in time” to when the deadly Fairview Fire started, Southern California Edison said in a filing Monday, but the company said it is “not conceding that its equipment caused the wildfire.”

Another document filed in coordination with the report added that the notification is intended to make California Public Utilities Commission aware of the incident so the agency can conduct an investigation.

As a result of the Fairview Fire, Riverside County declared a local emergency. The proclamation has to go before the board of supervisors within seven days to be officially ratified, according to the county’s website. The next board meeting is Tuesday.

“The emergency proclamation could help make the county eligible for potential federal and state assistance and cost reimbursement. In addition, the proclamation allows the county to more easily procure needed services and items to respond to the emergency,” the county’s website said.

The fire has also left evacuation orders and warnings in effect. Schools in the Hemet Unified School District are closed until further notice.

“It appears as though the two victims found in the vehicle were trying to flee the fire,” Swan said, adding the victims have not been identified.

A third woman, also a relative of the other victims, was found outside of the vehicle, she said.

“She sustained some major injuries and she’s recovering at a hospital,” Swan said. “Always when there’s a loss, we feel it, always. It is sad to think the fire moved so fast that they weren’t able to leave.”

One thought on “Fairview Fire ‘burning in all directions,’ scorching over 9,000 acres, fire chief says”