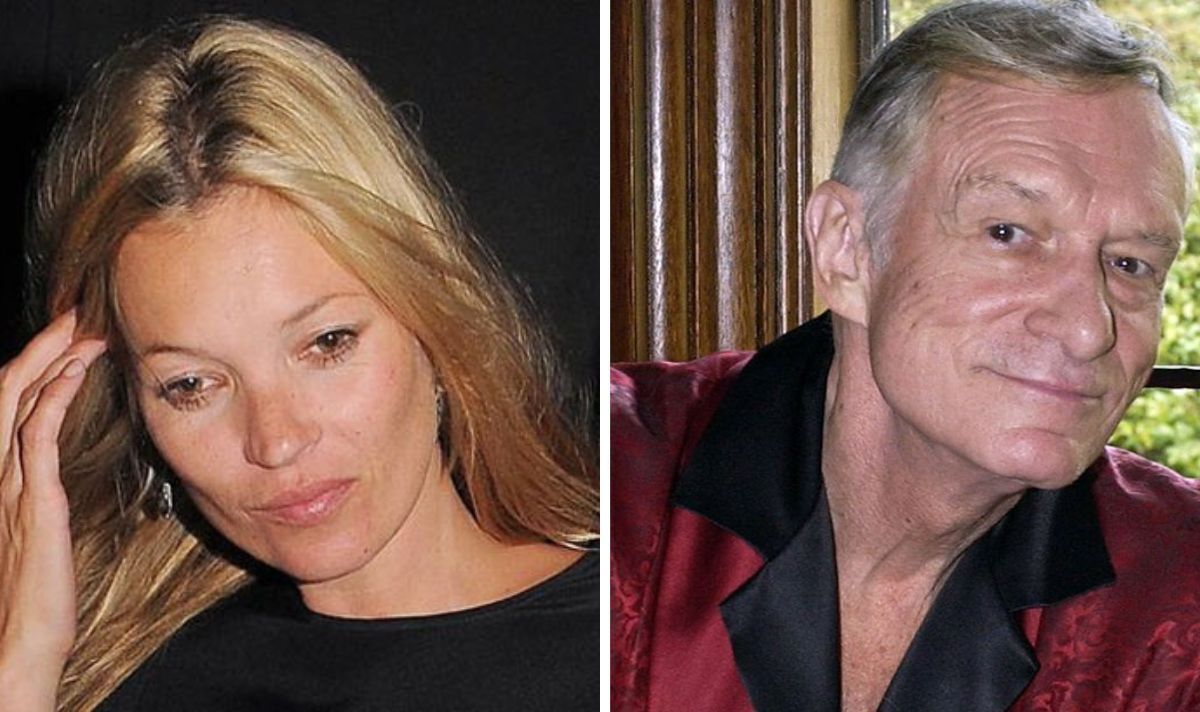 Kate Moss, 48, has spoken about her experience appearing on the front cover of Playboy magazine for the January 2014 issue. The model said she admired the way Hugh Hefner and his models lived, going on to say she enjoyed the atmosphere of being in the Playboy Mansion.

She described the feel of the infamous multimillion dollar property as “playful” rather than “seedy”.

Kate explained the outfit she wore for her cover shoot was gifted to her afterwards.

Speaking to British Vogue about her most iconic looks over the years, she said: “Playboy! I mean… Kind of had to do it.

“I met Hugh Hefner, one of his bunnies took me round the house and gave me a tour and stuff. I met his secretary who’d been with him for 70 years.