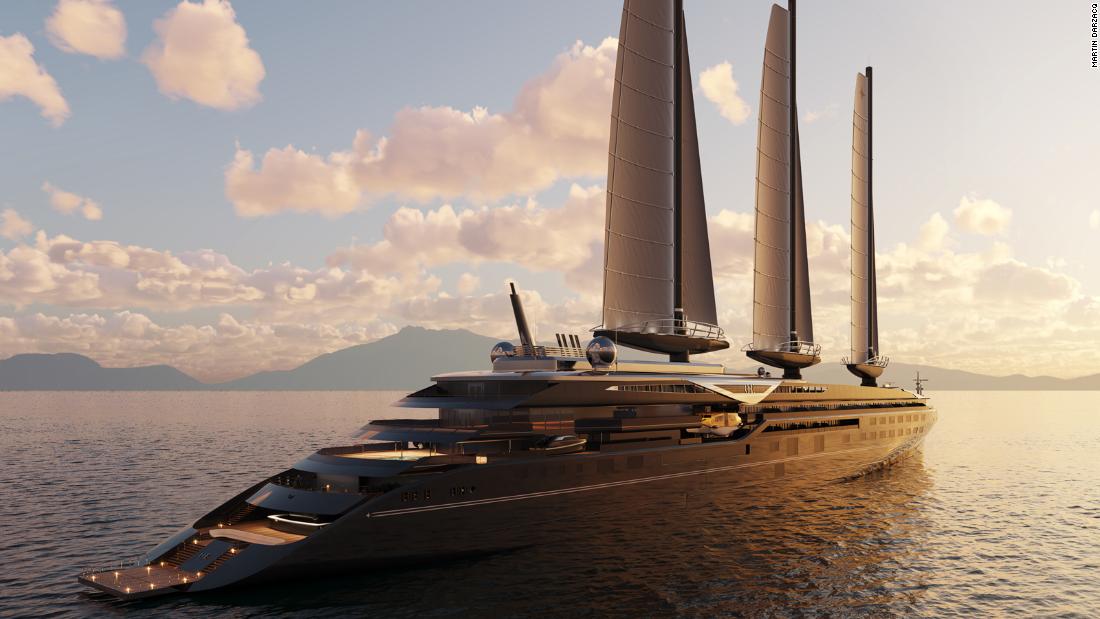 Editor’s Note — Sign up for Unlocking the World, CNN Travel’s weekly newsletter. Get news about destinations opening, inspiration for future adventures, plus the latest in aviation, food and drink, where to stay and other travel developments.

(CNN) — Around 140 years after making its debut as one of the most luxurious trains in the world, the iconic Orient Express is branching out into the cruising world.

Due to set sail in the spring of 2026, the 220-meter vessel, inspired by the Golden Age of the French Riviera, will take the title of world’s largest sailing yacht on its launch, according to Accor.

With room for up to 120 passengers, Orient Express Silenseas is to feature 54 suites, including a 1,415-square-meter Presidential Suite, two swimming pools, two restaurants and a speakeasy bar.

Powered by a hybrid propulsion formula that combines wind power with an engine fueled by liquefied natural gas, the ship will also hold an amphitheater cabaret, where guests will be treated to special performances, as well as a private recording studio.

A rendering of the Orient Express Silenseas, which is scheduled to set sail in the spring of 2026.

The ship’s interior layout is to be designed by French architect Maxime d’Angeac, while Nantes-based design company Stirling Design International will take on the exterior architecture.

“With Orient Express Silenseas, we are beginning a new chapter in our history, taking the experience and excellence of luxury travel and transposing it onto the world’s most beautiful seas,” reads a statement from Sébastien Bazin, chairman and CEO of Accor.

“This exceptional sailing yacht, with roots in Orient Express’ history, will offer unparalleled service and refined design spaces, reminiscent of the golden age of mythical cruises.”

While there are no scheduled cruises available to book at present, the cruise liner will likely offer itineraries to the Mediterranean seas during the summer and the Caribbean Sea in the winter, with “stopover explorations to discover cultural treasures.”

The unveiling of the Orient Express Silenseas comes after Ritz-Carlton’s highly-anticipated superyacht cruise made its maiden voyage back in October.

Meanwhile, the Four Seasons revealed its upcoming 207-meter-long superyacht, due to enter service in late 2025, in late 2022.