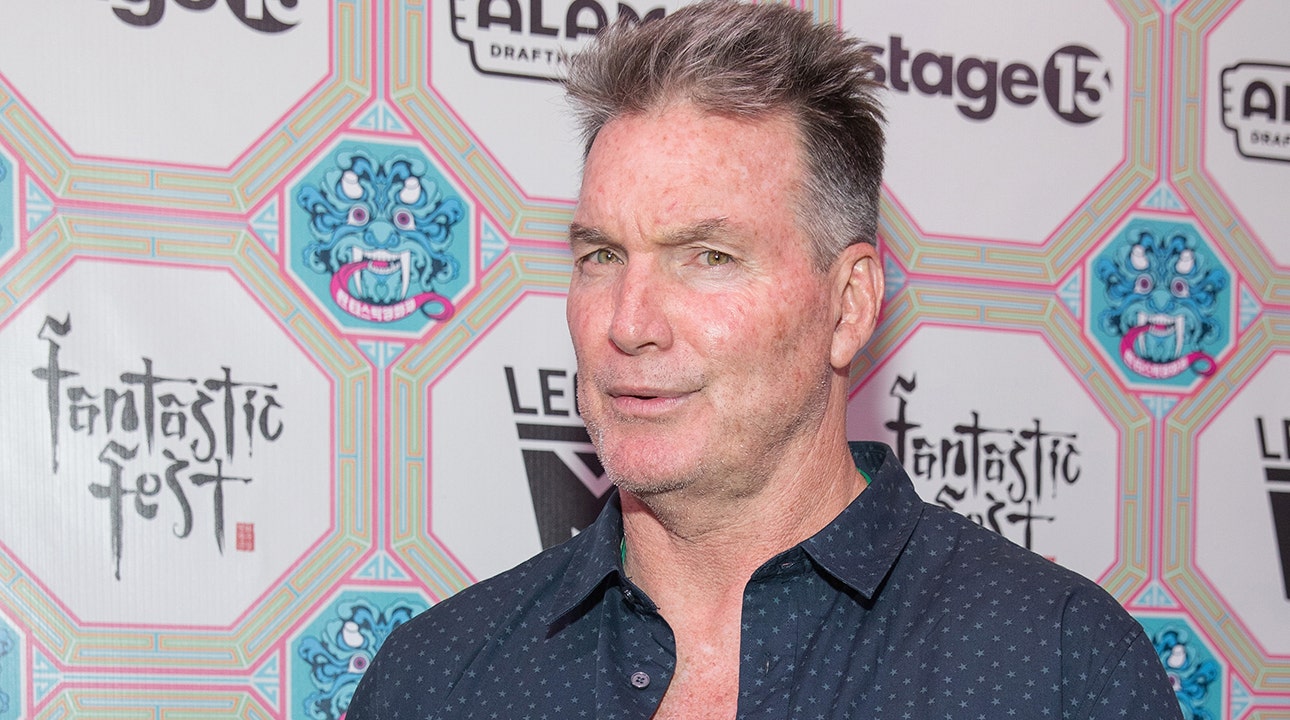 Sam J. Jones is best known for his leading role in the 1980 classic “Flash Gordon.”

The film involved a lot of stunts, most of which Jones did on his own without the help of a stunt double.

He beat out acting legends Kurt Russell and Arnold Schwarzenegger for the role and has appeared in 65 films and many shows, including “The A-Team,” “Baywatch,” “Diagnosis Murder” and “Walker, Texas Ranger.”

Now, Jones is taking on a new role as a grandfather in his movie “An Unlikely Angel.” Jones spoke with Fox News Digital about his role and why it is so important for him to connect with his fans.

SETH MCFARLANE’S ‘TED’ IS RAUNCHY COMEDY AT ITS BEST

“An Unlikely Angel,” written by Rebecca Rogers and produced and directed by Durrell Nelson, is about a workaholic businesswoman who is anxious about becoming a first-time mom. After her baby is born, a guardian angel answers her prayer, fast-forwarding her life by six years.

Jones plays the main character’s father and was most excited to take on this role because it was the first time he got to play a grandfather on camera.

“Over the past years, I have been fortunate to play dads, fathers. I have been the superhero or the villain, and now I get to play the dad and the granddad, which is wonderful,” he said. “This was my first grandfather role as well, and I absolutely loved it.”

In his opinion, the film does a good job of showing all the hardships that come with having a baby while still wanting to continue on with your career, as well as the struggles that come with that decision. He credits co-star Jillian Murray, saying, “She does an incredible job” of portraying it.

‘BLONDE’ STAR ANA DE ARMAS IS CONFUSED ON WHY MOVIE GOT NC-17 RATING: ‘I DIDN’T UNDERSTAND WHY THAT HAPPENED’

“For me, the icing on the cake is I’m a dad, I’m a granddad,” he explained. “I believe good actors will transport the audience into that world. And, for me, it was icing on the cake. I’m not saying it was easy, but what I had to pull from is my real kids and my real grandkids.”

Jones was also drawn to the role because of the film’s many positive messages, including the importance of family and not giving up when faced with adversity.

“It has multiple messages of family — ‘Get over yourself, let’s make the right choices,’” Jones said. “What is your priority in your life? You’re a big corporate CEO that runs a company, and now you’re getting ready to have a baby. So what is our priority at that point? It covers it very well.”

Jones has faced his share of adversity over the years. While the “Flash Gordon” movie was a success, Jones told Australian talk show “Studio 10” director Dino De Laurentiis wasn’t paying him what he was owed, leading to a lawsuit. From his perspective, the media used this to portray him as a spoiled actor when he was only trying to get what he was owed.

Jones says his new film has many lessons to teach viewers.
(Pure Flix)

In 2017, Jones opened up about the negative effects of starring as Flash Gordon in his documentary “Life After Flash.” In the documentary, he claimed he was typecast after the film came out, making it hard for him to land new roles.

“I mean, I had suicidal thoughts. I was depressed,” he told “Studio 10.” “Thank God for my wife. She basically said to me 20 years ago, she said, ‘I’ve been watching you wait by the phone. You’re a talented actor, but the phone’s not ringing right now. We have three kids in diapers. There is the door, come back when you’re providing for this family.’ Thank God she said that.”

Soon he was cast in “Ted” and “Ted 2,” opening himself up to a whole new audience and revamping his career.

As a former Marine, Jones admits he sometimes tries to quickly get over whatever problem he is facing, but says sometimes it is important to have faith and ask God for help while also dealing “with things with humor and a smile.”

In his opinion, people bring a lot of problems they face upon themselves based on the way they react to other struggles in their lives.

“Of course, things come that we don’t expect, and we can either make it better or we can make it worse depending on how our mindset is,” he explained to Fox News Digital. “For instance, COVID the last two years. We, as human beings, we’re not designed for isolation. We are designed for community. I believe that this film, part of the message is bringing family, bringing community together. Making right choices.”

Since wrapping up “An Unlikely Angel,” Jones has been active working on other films and making personal appearances at fan conventions such as Comic Con.

“It’s incredible. It’s a great place for the fans to come out,” Jones said. “Instead of just getting autographs and selfies, it’s an opportunity for them to share their story with us.”

Jones loves making appearances at fan conventions because he gets to connect with fans on a deeper level than he would anywhere else. He feels it is his responsibility as someone in the spotlight to hear his fans out and try to ease their pain.

Jones enjoys going to conventions because it’s a chance for him to connect with fans.
(Ollie Millington/WireImage)

“If someone comes up to your table, and I ask how you doing, and they say, ‘Well Sam, I’m fighting stage 4 cancer,’ what should my reply be? You want the selfie?” Jones asked. “No. This is the platform. You don’t just sit there and go, ‘Oh sorry to hear that.’ No … I will grab their hand. I don’t even ask them. I say, ‘Look, we’re going to address this right now. We are going to pray. I address it within seconds and then send them on their way. Otherwise, it’s nonsense. Why am I there?”

He says his motto is “If not me, who,” and if someone comes to him and confides in him, he will try his best to help, because if he doesn’t, who will?

“An Unlikely Angel” is out exclusively on Pure Flix.

One thought on “‘Flash Gordon’ star Sam J. Jones takes on a new challenge in ‘An Unlikely Angel’”