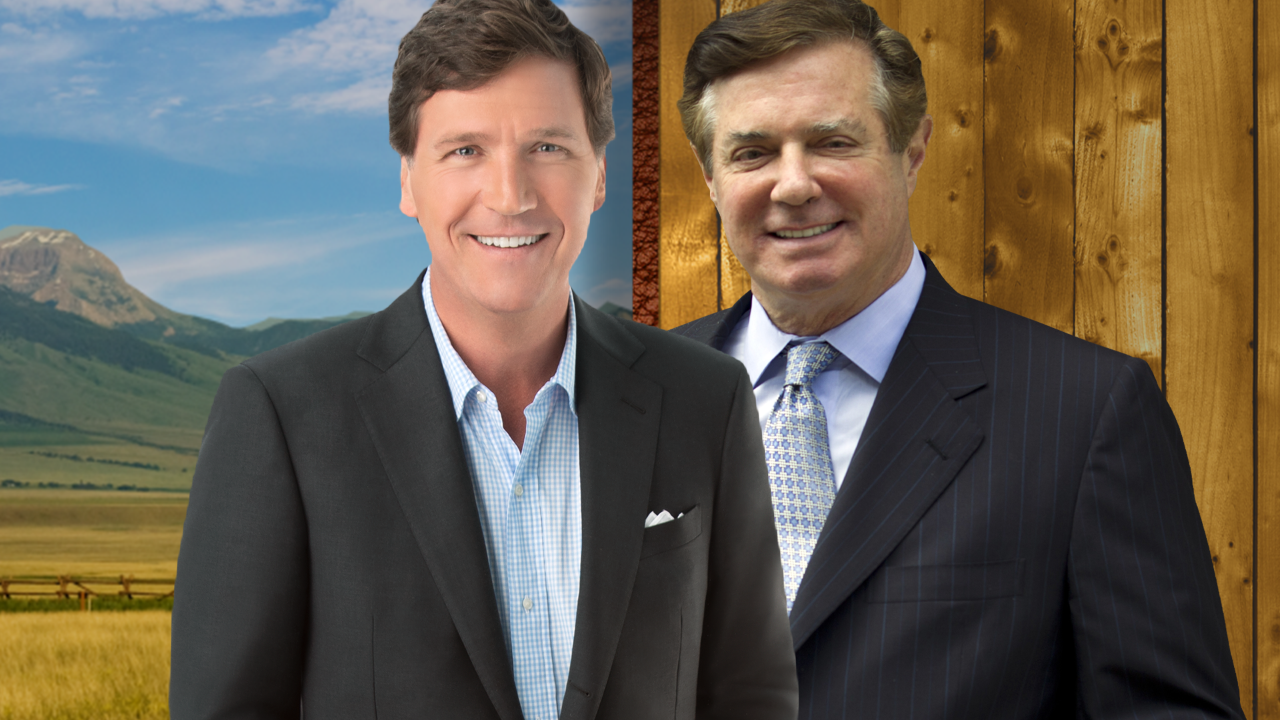 The former Trump campaign chairman, who took no money for his role, told “Tucker Carlson Today” how the Russia collusion narrative led him to be targeted and sent to prison.  Manafort was convicted of eight counts in 2018 stemming from Robert Mueller’s investigation into alleged Russian collusion. The convictions included bank and tax fraud. He was later pardoned by Trump in 2020.

“I thought all the Russian collusion stuff…I knew it wasn’t true. Trump knew it wasn’t true. We figured it was desperation politics and so, I figured, OK, the election will happen. Trump wins. It’s over. Things will go back to the way they do,” Manafort said, “The losers go back and figure out how to win, and the winners go on and govern.”

Then, Manafort said, he started being attacked.

“I’ve now discovered that they were doing things since January, even before I got involved with Trump, because of Soros, who had said, ‘Watch this guy’ and was paying people, former Democratic National Committee people, to go out there and get dirt on me,” he told “Tucker Carlson Today” on Fox Nation. “Because the biggest loser when I helped Yanukovych become president in Ukraine… was George Soros.”

Manafort explained that Soros was “heavily invested in Ukraine” for years and expected to take over the “gas pipeline deal from Tymoshenko.”

Manafort stressed the allegations in the dossier against him were “100% false.” The document claimed he was a “back channel into Putin delivering messages.” However, Manafort said he was against Russia, Putin and the former Soviet Union his “whole life.”

“When these things started coming up, I knew there was something going on that was not meant to be finding truth, but it was meant to make me into a symbol and then a target,” he said. “And then when Jeff Sessions recused himself on all things Russia from the campaign, that’s when I knew I needed to hire lawyers that were going to try and protect me, because I was now too much of a public figure on this issue and as the chairman, they were going to come after me to get Trump, I felt, and I was right.”

After going through a trial, Manafort opened up about spending time in solitary confinement for 10 ½ months.

“I built a plan for every day and… there were days I ran out of time,” he said.

Manafort said he spent his time in confinement reading the Bible, praying, doing exercises and reading – and remembering his faith, family and knowledge he was innocent got him through the difficult days.

Now, Manafort has a book, “Political Prisoner– Persecuted, Prosecuted, but Not Silenced” detailing his extraordinary ordeal after volunteering to take a role in the Trump campaign.

Fox Nation programs are viewable on-demand and from your mobile device app, but only for Fox Nation subscribers. Go to Fox Nation to start a free trial and watch the extensive library from your favorite Fox News personalities.