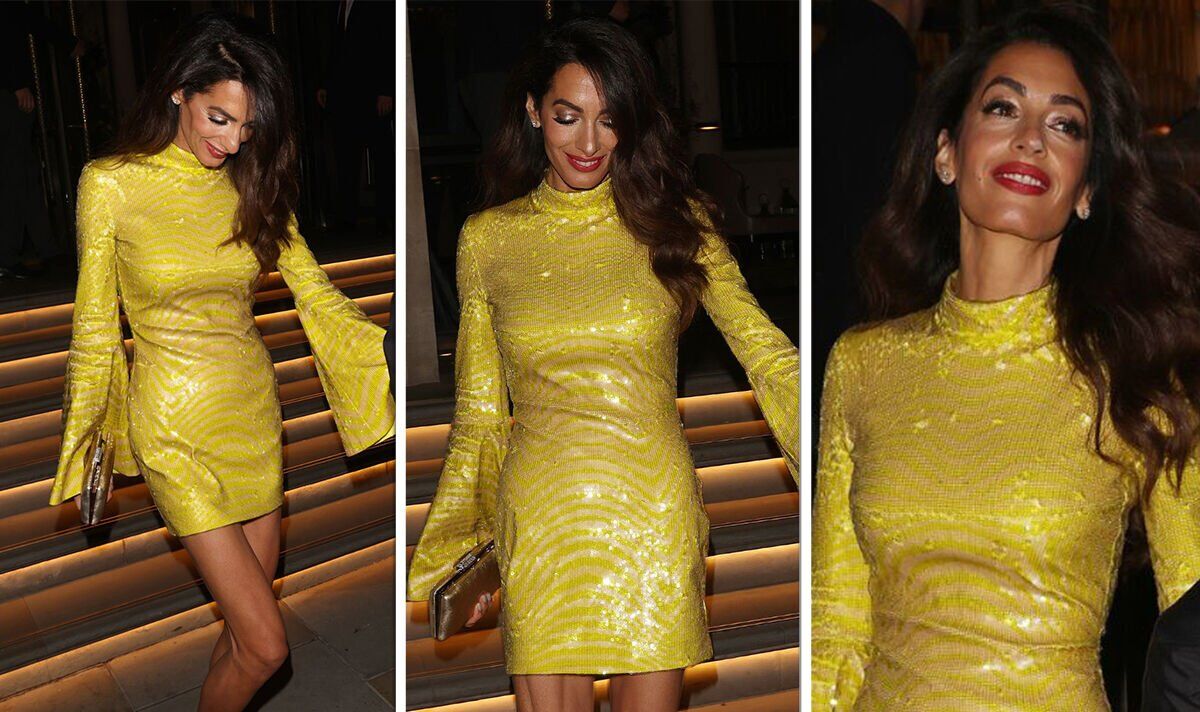 The 44-year-old Lebanese-British barrister, who married Hollywood heartthrob George Clooney back in 2014, put on a dazzling display while supporting her spouse, who was promoting his latest romantic comedy film, which is set to be released in cinemas across the UK on September 16.

Starring alongside George is powerhouse actor Julia Roberts. The pair also helped produce the film, which focuses on two divorced parents who travel to Bali after learning their daughter, Lily, is planning to marry a local, Gede, whom she has just met.

Although the event was held to promote the film, Amal effortlessly stole the show, first with a slinky slip dress worthy of the occasion which she wore on the red carpet, then changing into the much shorter cocktail dress, which featured a high neck and billowing sleeves.

Ever the fashionista, the human rights activist paired the dress with a pair of metallic high heels, and clutched a small gold handbag in one hand, whilst George clung to her other, leading her down the steps of their swanky London hotel to the afterparty.