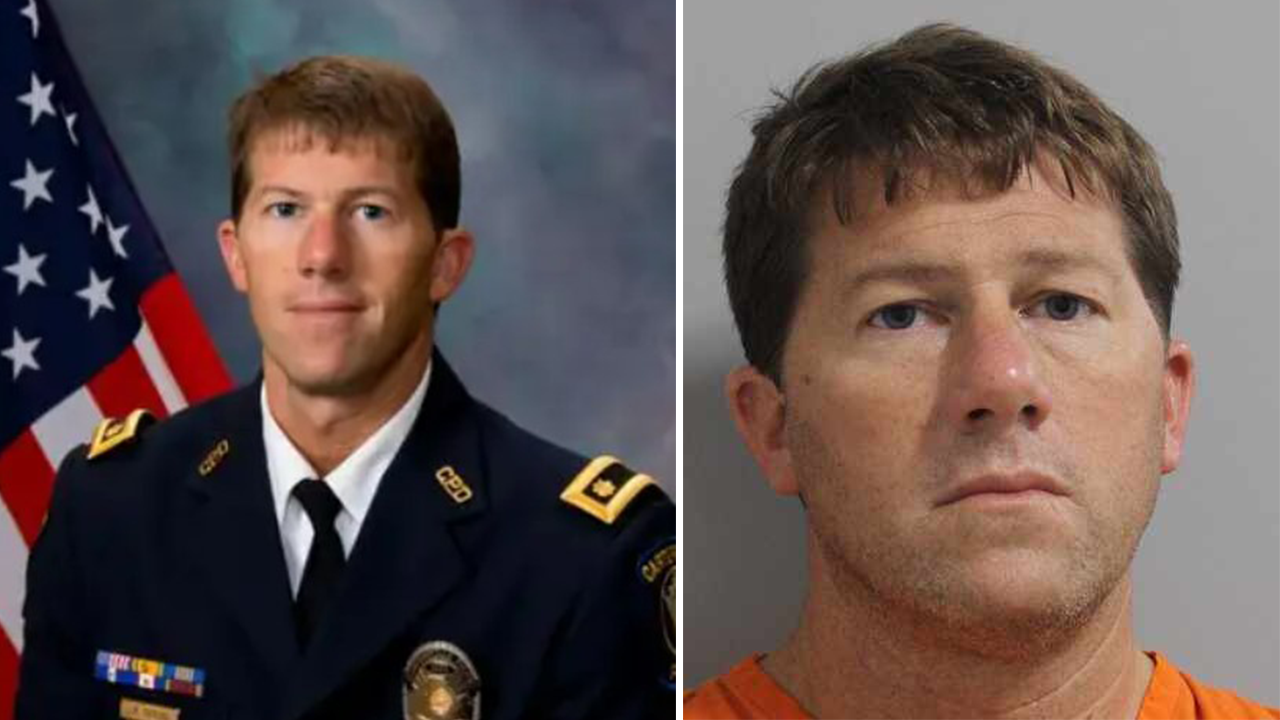 The Georgia deputy police chief arrested in Florida for soliciting prostitution was caught in an undercover sting and had offered White Claw as part of the payment for sexual activity, authorities said.

Cartersville Deputy Police Chief Jason DiPrima was arrested Thursday in Polk County, Florida, for soliciting a prostitute. He was booked into the Polk County Jail but released after paying a $500 bond.

DiPrima was in Orlando attending a polygraph training workshop when he responded to an online escort advertisement. But the advertisement was part of the Polk County Sheriff’s Department’s week-long undercover operation designed to identify people involved in human trafficking and arrest those who procure and engage in prostitution.

He initiated a conversation with an undercover detective the day before his arrest.

Cartersville Deputy Police Chief Jason DiPrima was arrested in Florida for soliciting prostitution. He was caught in an undercover sting.
(Cartersville Police Department)

“Are you available tonight? I’d like to come see you—what is your rate?” he asked in a text message.

DiPrima agreed to meet for sex, according to authorities, but said he “got spooked” and asked to meet the following evening.

On Thursday, he agreed to pay $120 for a half-hour of “full-service,” the sheriff’s office said.

He showed up at an undisclosed location in an undercover police cruiser normally assigned to U.S. Drug Enforcement Administration agents and gave the detective $180 and a multi-pack of White Claw Hard Seltzer. DiPrima was then arrested.

Cartersville Deputy Police Chief Jason DiPrima was arrested Thursday in Polk County, Florida, after being busted in a prostitution sting. Authorities said he tried to hire a prostitute, but it ended up being an undercover detective.
(Polk County Sheriff’s Office)

“What are you thinking?” Polk County Sheriff Grady Judd said at a press conference Tuesday. “You just want to go ‘c’mon man, have you lost the last three brain cells, or do you just have cabbage for brains?'”

Before the arrest, DiPrima had told the detective he had spoken with another prostitute online the previous night who told him to put $200 on a CashApp card and snap a photo of it. Once he did, the escort took the information on the card and stole the money.

“This guy’s a cop — and he was conned by a prostitute,” Judd said.

FILE- DiPrima was in Orlando attending a polygraph training workshop when he responded to an online escort advertisement.
(Cartersville Police Department)

The Cartersville Police Department said DiPrima has been placed on administrative leave, pending an internal investigation. He has been with the department since 1996 and has served as deputy police chief since 2015. He is also a graduate of the FBI academy.

“If all else fails, he can write a book: How to ruin your career in three easy steps,” Judd said.

One thought on “Georgia deputy police chief busted in prostitution sting with $180, pack of White Claw”