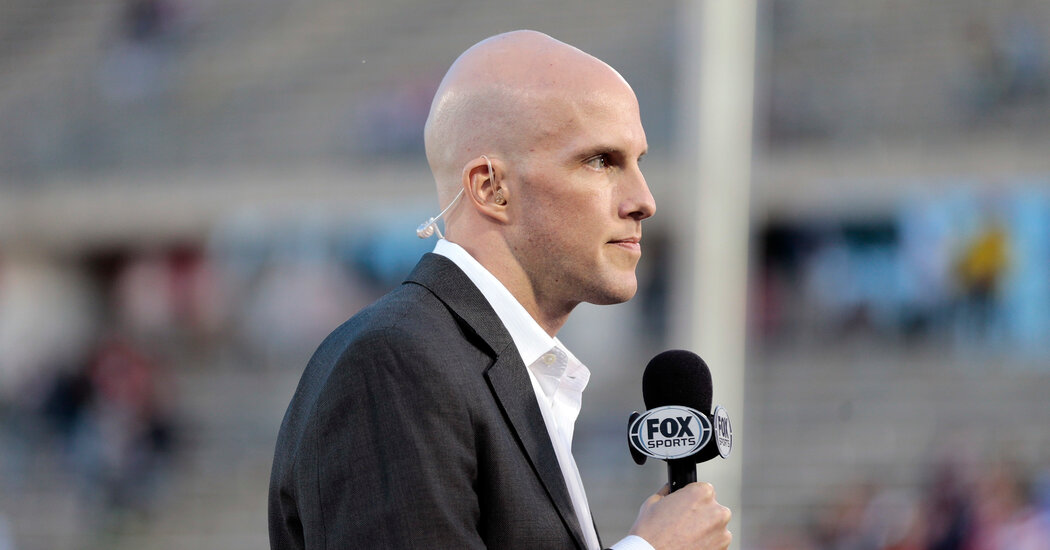 Grant Wahl, a highly regarded soccer journalist who wrote extensively on the game, died Friday in Qatar, where he was covering the World Cup quarterfinal match between Argentina and the Netherlands in Doha.

Wahl’s agent, Tim Scanlan, confirmed the death in a phone interview on Friday night. Scanlan said that Wahl had been in the press tribune in the closing minutes of a quarterfinal game when he went into acute distress.

He is believed to have died, Scanlan said, at a hospital in Qatar or while he was being taken to one, after feeling unwell as the tournament proceeded.

“He wasn’t sleeping well, and I asked him if he tried melatonin or anything like,” Scanlan said. “He said, ‘I just need to like relax for a bit.’”

Wahl was in the midst of his eighth World Cup, with an aggressive schedule of reporting and appearances.

Wahl, 48, began his professional journalism career in 1996, at Sports Illustrated, where he worked for 24 years. He initially covered both college basketball and soccer — he wrote a famed 2002 Sports Illustrated cover story on LeBron James, who was then a junior in high school — but over the next two decades transitioned exclusively to soccer, attending and writing about each World Cup, growing in prominence as the sport grew in the United States.

“Grant’s passion for soccer and commitment to elevating its profile across our sporting landscape played a major role in helping to drive interest in and respect for our beautiful game,” the United States Soccer Federation said in a statement Friday night. Don Garber, the commissioner of Major League Soccer, wrote that Wahl “was a kind and caring person whose passion for soccer and dedication to journalism were immeasurable.”

In recent days, Wahl wrote about struggles with his health during a run of coverage that, he said, typically left room for about five hours of sleep a night.

“My body finally broke down on me,” he wrote on Monday. “Three weeks of little sleep, high stress and lots of work can do that to you.”

What had seemed to be a common cold for more than a week, he said, had “turned into something more severe” around Dec. 3, when the United States played the Netherlands.

“I could feel my upper chest take on a new level of pressure and discomfort,” he wrote, adding that he had tested negative for the coronavirus. Medical officials in Qatar, he said, thought he had bronchitis. The antibiotics he received, he said, appeared to work, backed up by 12 hours of sleep.

On Wednesday night, he hosted a gathering at his apartment to mark his birthday, which Scanlan said was on Thursday.