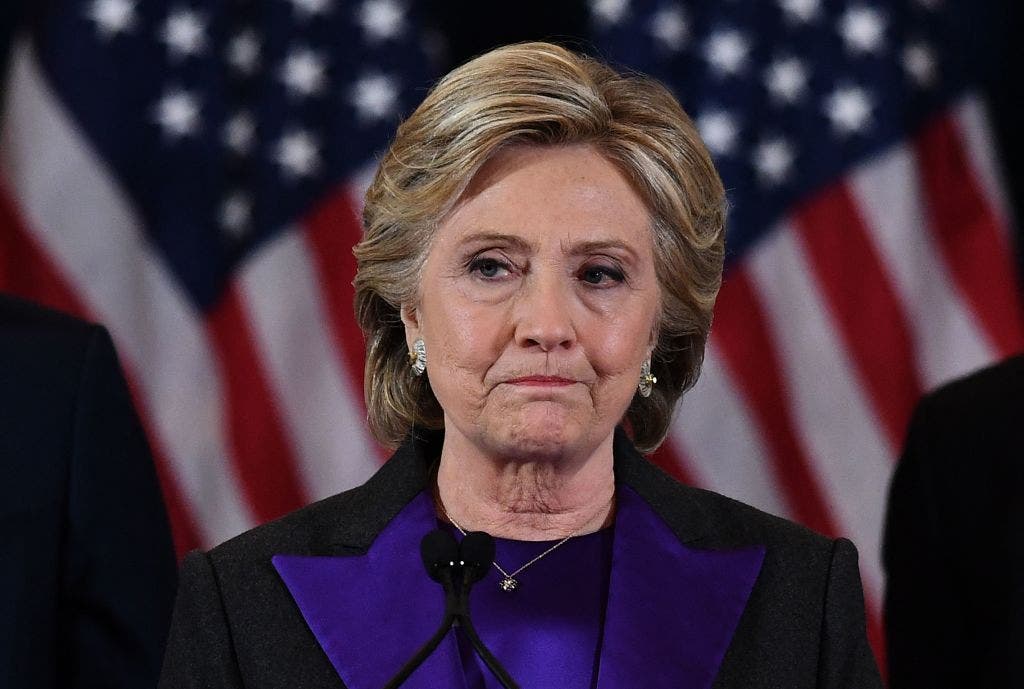 Former Secretary of State Hillary Clinton firmly declared that she will not be running for president again following her two failed bids in 2008 and 2016.

There has been growing political chatter over whether Clinton, who continues to be outspoken on current events and is now promoting her new “Gutsy” docuseries on Apple TV+, would seek a third White House bid as Democrats continue mulling if President Biden should seek re-election in 2024.

But the former first lady appeared to put the issue to bed.

“Would you ever run for president again?” CBS anchor Norah O’Donnell asked.

“No, no,” Clinton responded. “But I’m gonna do everything I can to make sure that we have a president who respects our democracy and the rule of law and upholds our institutions.”

“He should be soundly defeated,” Clinton said. “It should start in the Republican Party – grow a backbone! Stand up to this guy! And heaven forbid if he gets the nomination, he needs to be defeated roundly and sent back to Mar-a-Lago.”

During her CBS interview, she accused former President Trump of leading a “seditious conspiracy” against the U.S. government in the events leading up to the Jan. 6 riot.

“You know, I was the secretary of state. I spent, you know, many days on airplanes, flying from place to place, encouraging people to have a real democracy. And one of the hallmarks of a real democracy is the peaceful transfer of power,” Clinton told O’Donnell. “Was I happy when I beat Donald Trump by nearly 3 million votes but lost the Electoral College? No, I was not happy. Did I ever for a nanosecond think, ‘I’m gonna claim victory and try to get the Democrats to refuse to certify the election?’ No.”

This marks a different tone than the one she held throughout the Trump era, repeatedly referring to her former rival as an “illegitimate president” over Russia’s meddling during the 2016 presidential election.

Clinton remains defiant over her handling of government emails, which has been facing renewed scrutiny following the FBI raid at Mar-a-Lago.

“I can’t believe we’re still talking about this, but my emails…” Clinton tweeted on Tuesday. “As Trump’s problems continue to mount, the right is trying to make this about me again. There’s even a ‘Clinton Standard.’ The fact is that I had zero emails that were classified.”

ATLANTIC ARTICLE: ‘IF IT WERE ANYONE ELSE’ POSSESSING CLASSIFIED DOCUMENTS LIKE TRUMP, ‘THEY’D BE PROSECUTED’

“[Former FBI Director James] Comey admitted he was wrong after he claimed I had classified emails. Trump’s own State Department, under two different Secretaries, found I had no classified emails. That’s right: ZERO,” Clinton continued. “By contrast, Trump has hundreds of documents clearly marked classified, and the investigation just started. I’m more tired of talking about this than anyone, but here we are.”

Clinton went on to share a piece from The National Memo published last week that completely exonerated her conduct.

During the 2016 election cycle, Clinton was plagued in scandal following the revelation that she had a private email server while serving as secretary of state during the Obama administration, prompting a lengthy FBI investigation.

Comey told the public during his now-infamous July 2016 press conference that 110 emails from 52 email chains had classified information, eight of those chains including “Top Secret” information.

It is unclear what Clinton was referring to with the assertion that Comey “admitted he was wrong” regarding finding classified information in her emails, though he admitted in 2018 the “mistake” of how he characterized her actions, failing to stress that it was not “criminal behavior.”

Defenders of Trump have compared to the FBI’s handling of Clinton’s private server to the raid at Mar-a-Lago as a double standard being held by the DOJ.

It is unknown whether Trump will ultimately face criminal charges over his handling of classified material or whether the raid is tied to investigations surrounding his actions on Jan. 6.