House members denied sensitive security meetings until being sworn in 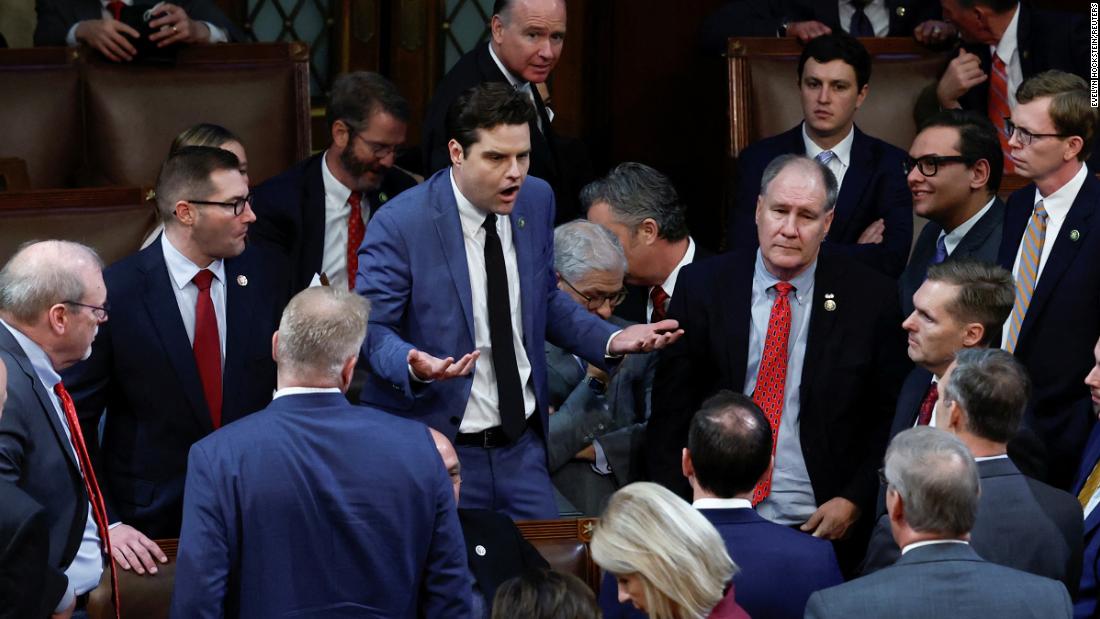 House Republicans’ failure to elect a speaker after days of voting has frozen business in the chamber. Here’s a list of what’s stalled:

No oversight: “The Biden administration is going unchecked and there is no oversight of the White House, State Department, Department of Defense, or the intelligence community. We cannot let personal politics place the safety and security of the United States at risk,” the incoming chairs of several committees, including foreign affairs and armed services, said in a statement released on Thursday morning.

No clearance for sensitive and classified information: GOP Rep. Mike Gallagher said he was denied from entering a meeting with the Chairman of the Joint Chiefs of Staff because he was informed by House security that he doesn’t yet have a clearance.

GOP Rep. Brian Fitzpatrick said: “I sit on the House Intelligence Committee. We oversee all 19 intelligence agencies. We are currently offline.”

No House rules: Every new Congress must pass a new set of House rules, so without a speaker to oversee adoption of those rules, none will technically exist.

No payment for staff: Without an approved House Rules package by the end of business on Jan. 13, committees also won’t be able to pay staff, according to a letter sent last week by the committee in charge of administrative matters, which was first reported by Politico and obtained by CNN. The same memo warned that student loan payments for committee staff wouldn’t be disbursed if a rules package isn’t adopted by mid-January.

But members-elect will get paid: Per precedents of the chamber, the pay period for members-elect still starts on Jan. 3, even if the first session of Congress begins after that date, as long as their credentials have been filed with the House clerk.

No legislating: For committees whose chairs aren’t known, they will be headed up in the interim by the committee’s senior-most Republican who also served on the panel in the last Congress, according to the letter sent last week. But there will be no legislating to amend and approve bills before they make their way to the floor for a vote. That means Republicans may also have to wait before tackling some of their priorities, including investigations into President Joe Biden’s administration and family.