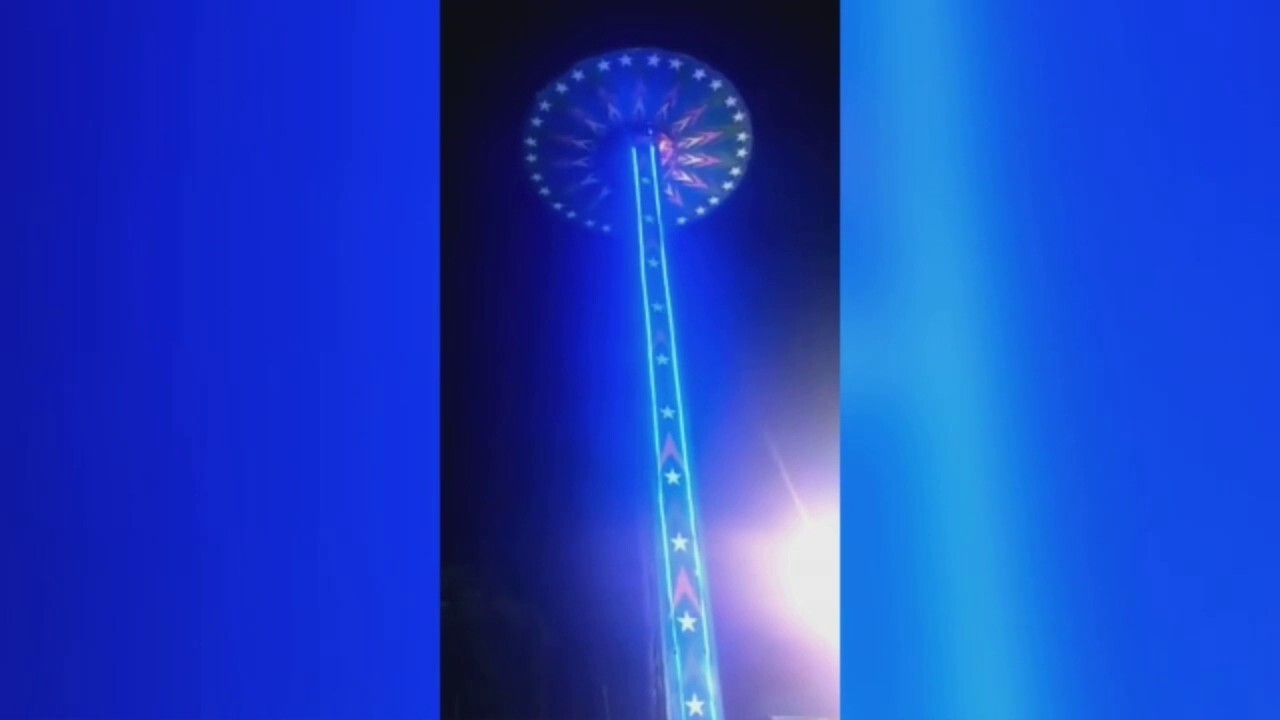 Multiple people, including at least five children, were injured after a high-rise swing at a fair in northern India malfunctioned and plummeted to the ground.

The horrific moment, caught on camera, occurred Sunday around 9:15 p.m. on the Dussehra fairgrounds in the city of Mohali.

The spinning carousel moments before it plummeted to the ground.
(Jam Press)

A video of the accident shows the high-rise spinning ride slowly ascending a column. The swing remains at the top for a moment before free-falling about 50 feet. The swing slams into the ground, causing several people to fly out of their seats. Screams are audible as the scene unfolds in front of horrified fair attendees.

Good Samaritans helped load the injured riders into police vans as there were no ambulances on the fairgrounds, local outlet NDTV reported. At least 16 people were injured and taken to a civil hospital in Mohali, according to the outlet.

An eyewitness told the Hindustan Times that fairground bouncers threatened those who tried to help and fair organizers “fled the scene.”

The attraction was supposed to close on Aug. 31 but was recently extended until Sept. 11.

The cause of the malfunction remains unclear at this time. Police have launched an investigation, saying they will “hold an inquiry and strict action will be taken against the guilty.”

Mohali is located in the state of Punjab, about 160 miles north of New Delhi.