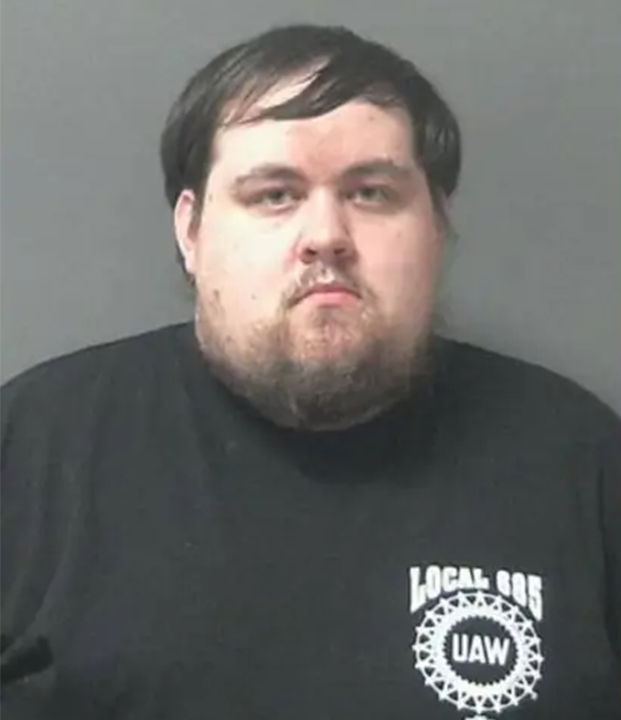 A suspect accused of possessing child pornography who is tied to the 2017 murders of two teenage girls in Delphi, Indiana, has been soliciting sexual favors from women who write him in prison, according to two podcast hosts.

“In addition to wanting money, women have been contacting him, and he is trying to exploit them sexually in order to give them information about the case,” podcast host and attorney Kevin Greenlee told Fox News Digital. “There was a particularly striking exchange where a … young woman was asking about the case and talking about church, and he responded very quickly by turning it into a sexual conversation.”

Kegan Kline, 27, is currently in custody in Miami County, Indiana, for 30 counts of child pornography-related charges dating back to 2016 and 2017. He was linked to the Delphi murders after he was reportedly in contact with one of the victims, 14-year-old Libby German, the night before she was murdered, according to FOX 59 Indianapolis.

German and Abigail Williams, 13, were found murdered on the morning of Feb. 13, 2017, after German’s sister dropped the pair off at the entrance of a hiking trail the day prior.

Kline allegedly made plans to meet up with German at the bridge where her body was found the next day, but he denies that he had anything to do with the girls’ killings and has not been charged in connection to the Delphi case.

Greenlee and journalist Áine Cain who host “The Murder Sheet” podcast and have been following the Delphi murder case, were recently in contact with Kline via a messaging platform that Kline can use to communicate with others outside prison.

In addition, Kline repeatedly told Cain and Greenlee that he would not divulge any information without payment, which the podcast hosts declined to do as journalists.

On Feb. 14, 2017, Libby German, 14, and Abby Williams, 13, were killed while biking on trails near Delphi, about 60 miles northwest of Indianapolis.
(Indiana State Police)

“Don’t message me again. You have put out so much bulls*t against me. I get you have a podcast and want money from this, but it’s wrong what you’re doing, Aine,” Kline said in one message to Cain that she and Greenlee discussed in their latest podcast episode.

“There is a lot of misinformation. People doing interviews that don’t even know me, Aine, and lying all about me. I’m very upset about it. I’m having a hard enough time,” another message from Kline read.

“How many questions are you wanting to ask? I’ll answer some, but not for free. Everyone is making money off my name, and I’m sitting in here hungry with nothing,” Kline said in another message, which does not support what sources have told the podcast hosts about Kline gaining a significant amount of weight in prison.

The podcast hosts have reported extensively on the Delphi murders and Kline, and they wanted to reach out to the suspect to give him a chance to share his side of the story. When Cain and Greenlee asked Kline what they got wrong in their reporting, he evaded the question and said he would only provide answers in exchange for $400.

A 2019 sketch of the suspected Delphi killer.
(WRTV via NNS)

“I would characterize our conversation with Kegan Kline as pretty brief,” Cain explained. “… He expressed disapproval of some of our reporting on him. We asked him for clarification. He didn’t provide it. The main thing that we took out of it was that he wants to charge people money to interview him about the Delphi case.”

Indiana court documents obtained by Cain and Greenlee in May and August also indicate possible developments in the case involving Kline.

Cain and Greenlee recently received an anonymous tip that led them to the Wabash River in Peru, Indiana, — not far from Kline’s home that was raided in 2017 after the Delphi murders — on Aug. 23, where they witnessed and photographed authorities searching the water with various tools.

On Aug. 19, the Indiana State Police petitioned the Miami County Circuit Court for custody of Kline, though he currently remains in Miami County.

In March, Cain and Greenlee obtained a 2020 transcript of an ISP interview with Kline that was accidentally posted online.

According to the transcript, which has since been sealed in the court record, Kline told police he communicated with German on the day she was killed. The transcript also revealed that Kline searched “How long does DNA last” on his computer and failed a police polygraph.

“This profile was being used from 2016 to 2017 on social media applications, including but not limited to, Snapchat and Instagram,” Indiana police said in the Facebook post. “The fictitious anthony_shots profile used images of a known male model and portrayed himself as being extremely wealthy and owning numerous sports cars. The creator of the fictitious profile used this information while communicating with juvenile females to solicit nude images, obtain their addresses, and attempt to meet them. Pictured below, you’ll see images of the known male model and images the fictitious anthony_shots profile sent to underage females.”

Police say German used her cellphone to snap images of a man walking across the railroad bridge shortly before she and Williams were killed on Feb. 13, 2017. German also recorded the man believed to be the killer ordering the friends “down the hill.”

Authorities are asking anyone who may know something about the Instagram profile or anything about the case to contact law enforcement at [email protected] or 765-822-3535.