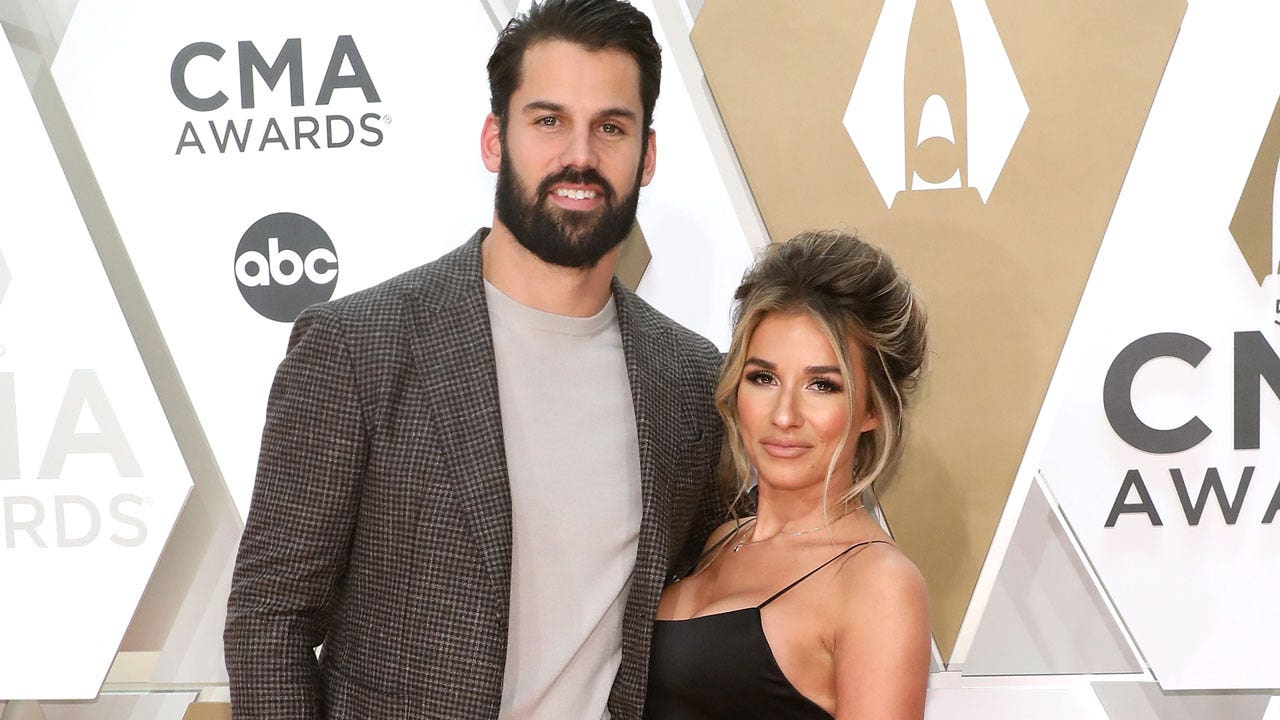 She turned the page on her own trolls.

Eric stood in their kitchen wearing sweatpants and holding a glass bottle of milk. Jessie James simply wrote across the image, “Santa says drink your milk.”

Clearly making note of the online criticism she received earlier in the week from anonymous users claiming Decker altered images of her own children to make them look more athletic, Jessie James added a note below his torso, “These are fake abs.”

“Being accused of photoshopping abs on my kids (I can’t help but laugh) or … the polar opposite over ‘overtraining’ our kids makes me realize how bizarre our world has gotten regarding the body and what’s normal and what’s not,” she captioned a video of her three children enjoying their time off from school.

The little ones are equally as fit as their parents, prompting a few Instagram followers to call out Decker for possibly altering the images.

“We preach about body positivity and acceptance but my kids having a mass amount of genetic and built muscle from athletics is ‘weird’? I want to raise my kids to feel proud of their bodies and hard work from either Vivis elite competitive gymnastics to Eric Jr wanting to be like dad as an NFL receiver to little Forrest who spends hours dancing his heart out,” she wrote.

“Let’s not pick and choose what we normalize regarding bodies and be accepting of all people and children. If we wanna do ‘better’ then do better.”

Decker added, “I’m proud of my children and encourage them to live their dreams. So we’ll see y’all at the 2032 Olympics, and wearing Bubbys jersey in the stands and dancing at Forrests rock concert.”

Jessie and Eric married in 2013 while the football star was playing for the Denver Broncos.