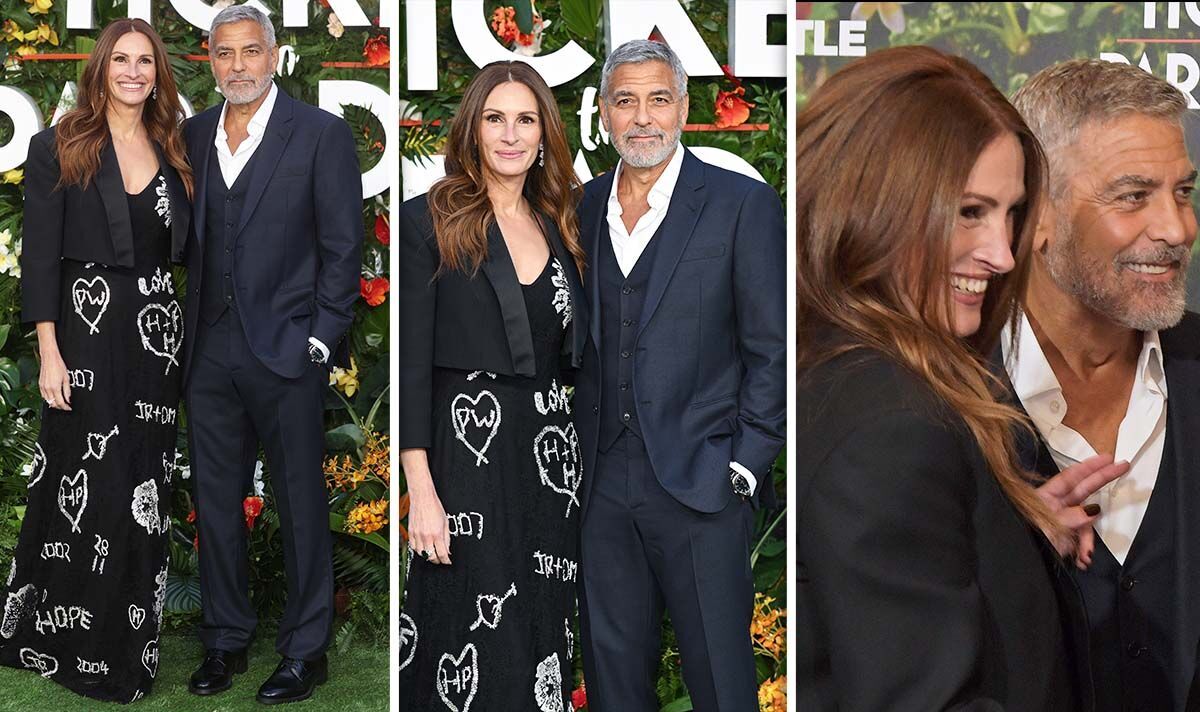 Julia Roberts, 54, and George Clooney, 61, reunited on the red carpet last night as they attended the London premiere of their new movie, Ticket to Paradise.

The pair, who have been co-stars in numerous Hollywood blockbusters, first walked the red carpet together back in 2001 for their movie Ocean’s Eleven.

Last night, Julia opted for a floor-length black lace dress, embellished with a graffiti-inspired graphic print, and paired with a cropped blazer.

Their joint appearance comes after George recounted struggling to film the Ticket in Paradise kissing scene with Julia.

He admitted his wife Amal wasn’t too impressed, revealing: “I told my wife, ‘It took 80 takes.’ She was like, ‘What the hell?’”