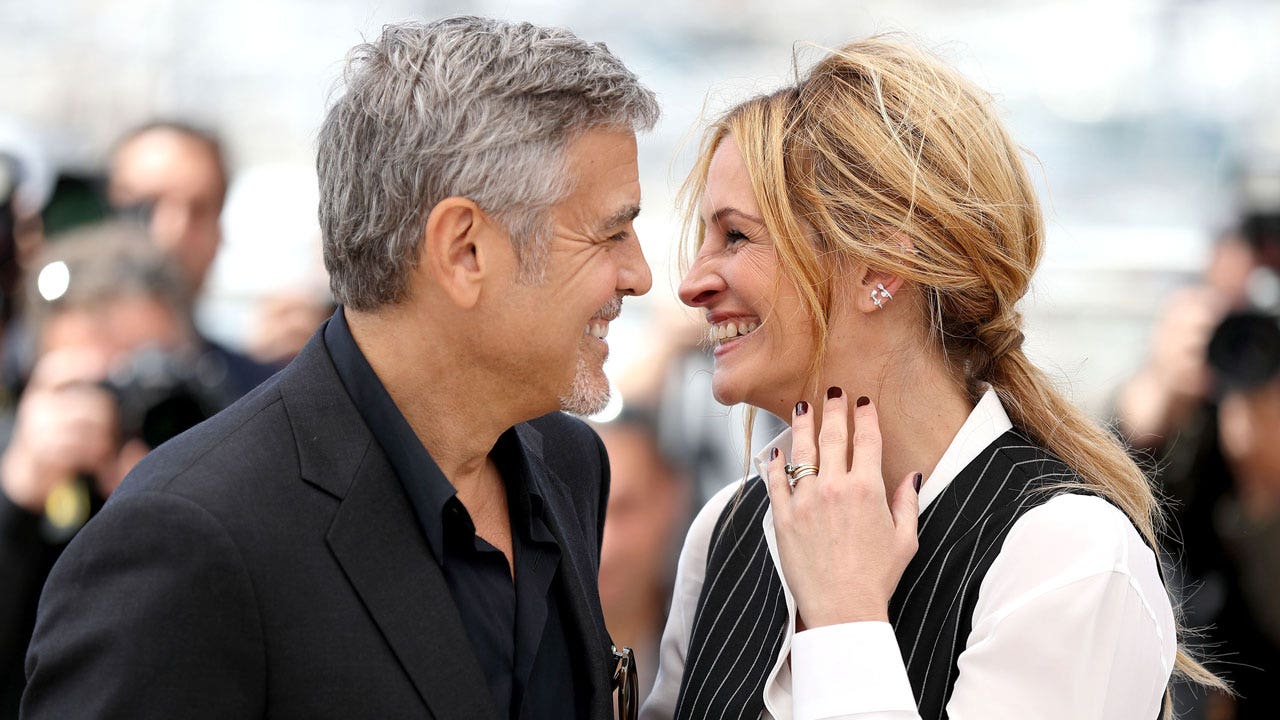 Julia Roberts and George Clooney gave fans a look into their filming process.

The duo revealed a scene in “Ticket to Paradise” involving a single kiss took “like, six months” to film in a recent interview with the New York Times.

“It took 79 takes of us laughing and then the one take of us kissing,” Roberts further explained.

Clooney responded, “Well, we had to get it right.”

George Clooney and Julia Roberts joked that a single kiss scene from their new movie “Ticket to Paradise” took “like six months” to film.
(Photo by Mike Marsland/Mike Marsland/WireImage)

Roberts and Clooney were filming together for the first time since the duo last worked together six years ago. The film features Roberts and Clooney as two long-divorced parents who come together in order to stop their daughter from impulsively marrying a man she just met.

“Ticket to Paradise” also marks the first romantic comedy for Roberts in 20 years.

The “Pretty Woman” actress recently explained why she has not filmed a rom-com in years.

“People sometimes misconstrue the amount of time that’s gone by that I haven’t done a romantic comedy as my not wanting to do one,” Roberts told the outlet. “If I had read something that I thought was that ‘Notting Hill’ level of writing or ‘My Best Friend’s Wedding’ level of madcap fun, I would do it. They didn’t exist until this movie that I just did that Ol Parker wrote and directed.”

Roberts and Clooney teamed up to film the actress’ first romantic comedy in 20 years.
(Mike Marsland/WireImage)

“But even with that, I thought, ‘Well, disaster, because this only works if it’s George Clooney,’” she continued. “Lo and behold, George felt it only worked with me. Somehow we were both able to do it, and off we went.”

Fans can watch “Ticket to Paradise” starting Oct. 21 and through streaming on Peacock 45 days later.

The film is directed by Ol Parker, who is known for “Mamma Mia! Here We Go Again,” and also stars Kaitlyn Dever.

“Ticket to Paradise” will be in theaters starting Oct. 21.
(Photo by SGranitz/WireImage)

Lauryn Overhultz is an entertainment writer for Fox News Digital.