Julianne Moore, 61, in age-defying display as she flashes legs under sheer gown in Venice 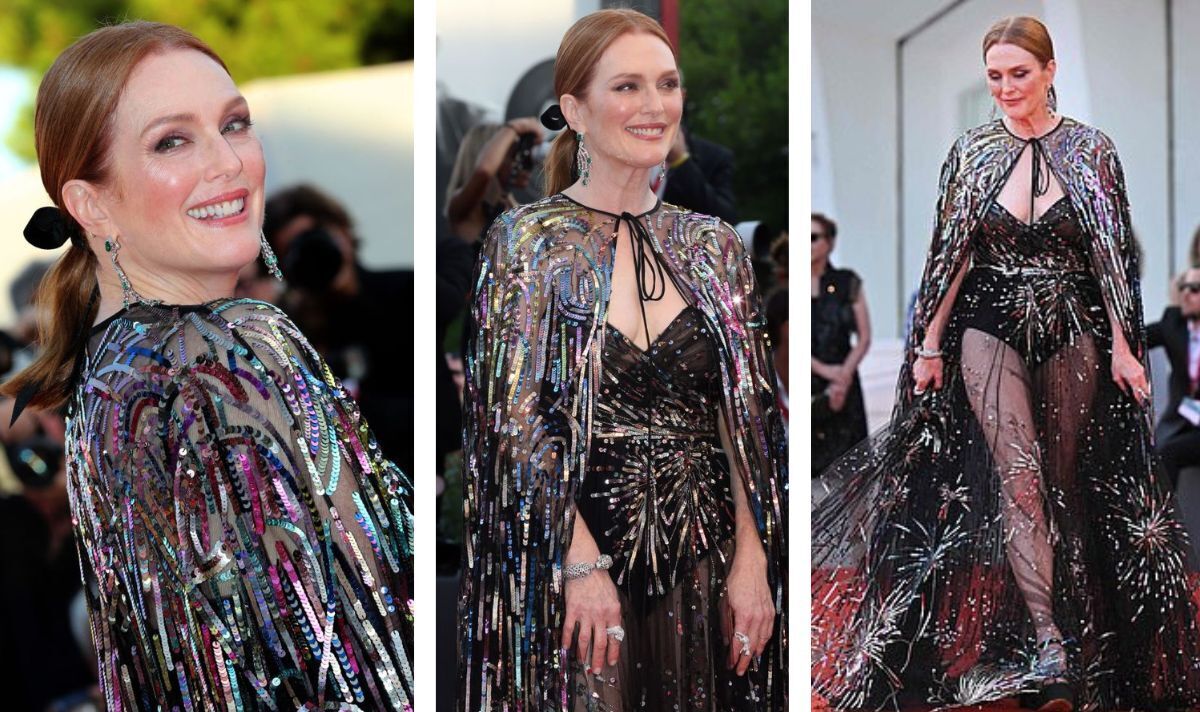 Julianne Moore, 61, looked a mere fraction of her age as she strutted her stuff on the red carpet at Venice Film Festival 2022.

The Still Alice actress, who is also a president on the festival’s jury team, modelled a totally sheer dress, embellished with sparkling sequins in every colour of the rainbow.

Beneath it, she added a black bodysuit to protect her modesty, while she also modelled a sheer cape over the top with the same dramatically sequin-adorned effect.

Her look was inspired by a dazzling fireworks display, as onlookers were left equally stunned by the Hollywood star’s glamorous and glitzy appearance.

Julianne arrived on the red carpet with her flame-coloured hair swept back into a ponytail so as not to detract from the sparkly effect of her gown, or her dazzling emerald-coloured earrings.

One thought on “Julianne Moore, 61, in age-defying display as she flashes legs under sheer gown in Venice”