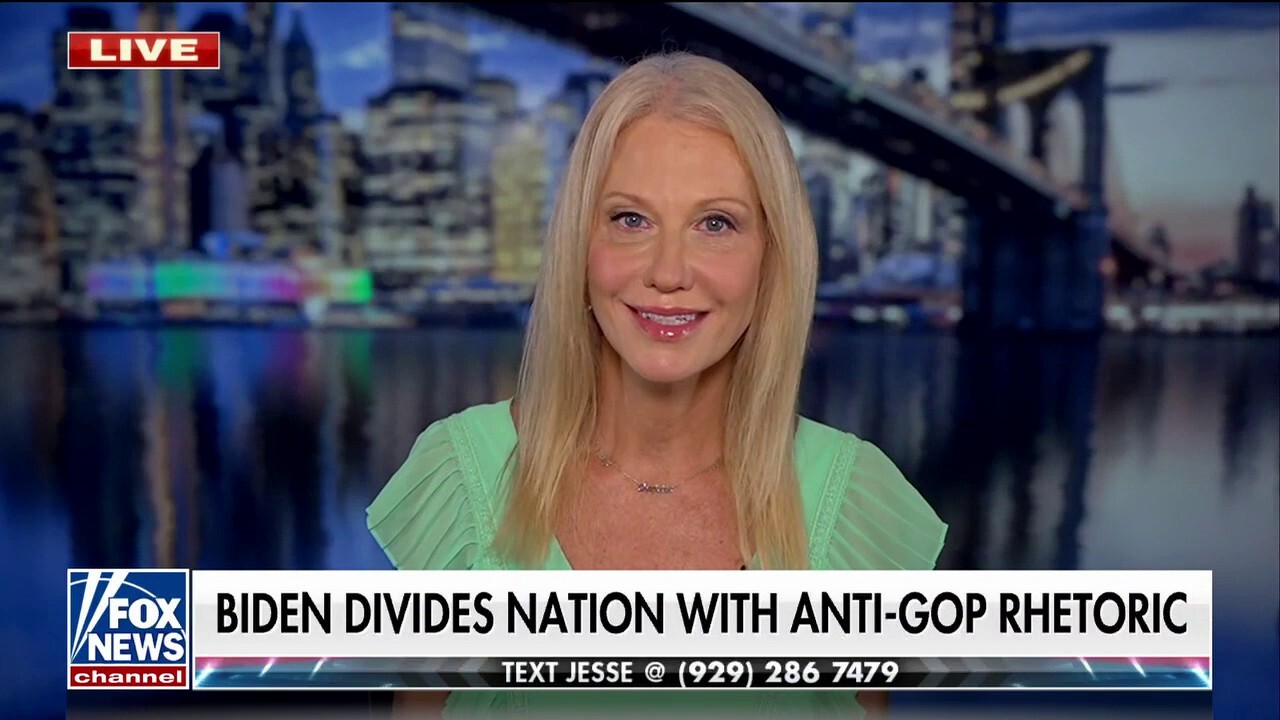 KELLYANNE CONWAY: You’re absolutely right, anybody who pays attention to this modestly knows that the first rule of politics is that if you want to engage people, you don’t enrage people. We don’t insult people, we inspire people, and we all try to do that, and the president — particularly one who ran affirmatively on the platform — must do that. One last thing: I want everybody to know that 234 of the 589 days Joe Biden has been in office, 234, he has either been on vacation or in some other leisure pursuit that had nothing to do with his job.

Ladies and gentlemen, he’s no-show Joe. When he shows up, he does things like this. The White House today said that he’s been working on this and practicing this speech for several days. He cleared his public schedule on Tuesday and Wednesday… of all commitments, and that means tonight he’s going to talk more about MAGA Republicans, the 74 million Trump/Pence voters, than he will about border security, about fentanyl, about the rise in crime in Philadelphia.

One thought on “Kellyanne Conway: Good presidents should want to engage people, not enrage people”