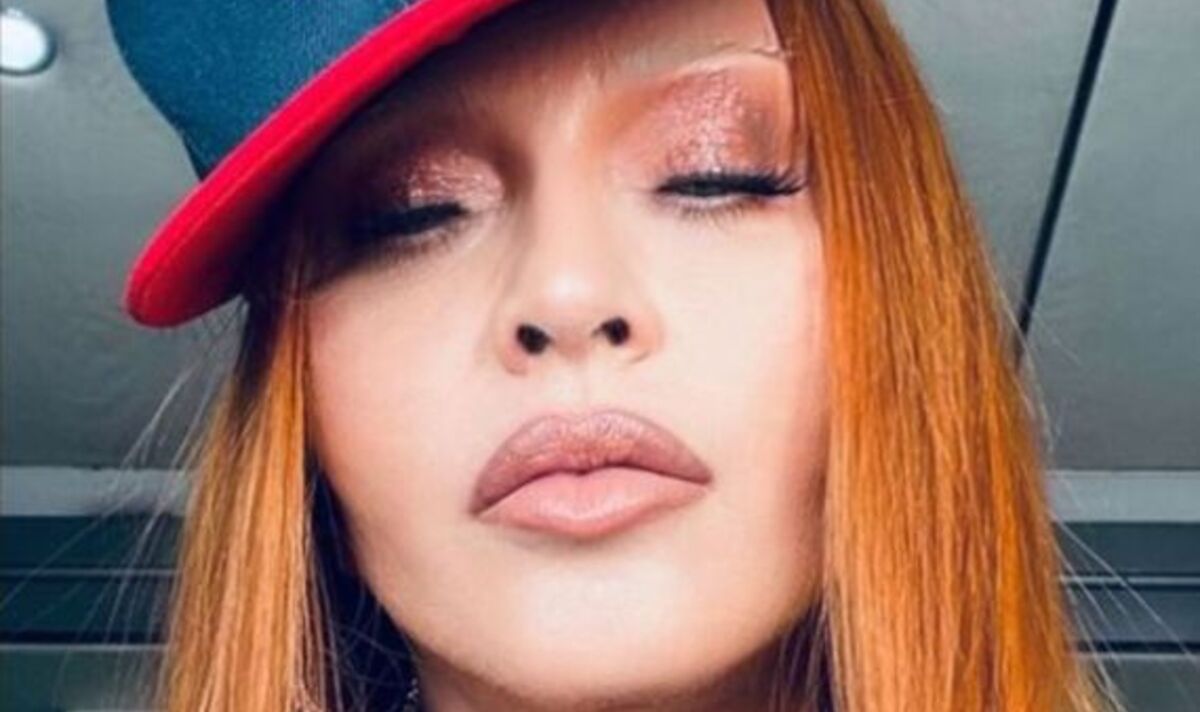 Looking stern and serious at the camera, 64-year-old Madonna wore a lopsided baseball hat, what looked like a dozen heavily jewelled silver necklaces and chains and a rear-length red wig, featuring dark roots, which covered her pink-dyed natural short locks.

Above her glittery eye make-up fans could also catch a glimpse of the star’s newly bleached brows, which are naturally a darker brown.

The shoot, which is for the remix of her 2005 hit Hung Up featuring the sex-positive rapper Tokischa, took place in Manhattan’s Washington Heights neighborhood.

According to reports, the noise caused by the shoot disturbed so many neighbours near the corner of West 175th Street and Audubon Avenue that the NYPD was called to shut down the raucous production. However, police “issued no summonses” because the self-made superstar and the rapper decided to move their dancers and film crew to an indoor shoot.

The raucous activities of Madonna and the 26-year-old Dominican rapper didn’t stop there, as the pair could be seen miming oral sex, with the Like A Prayer singer then seen grinding up on Tokischa, who is bisexual and famed for her $11.11/month OnlyFans account.