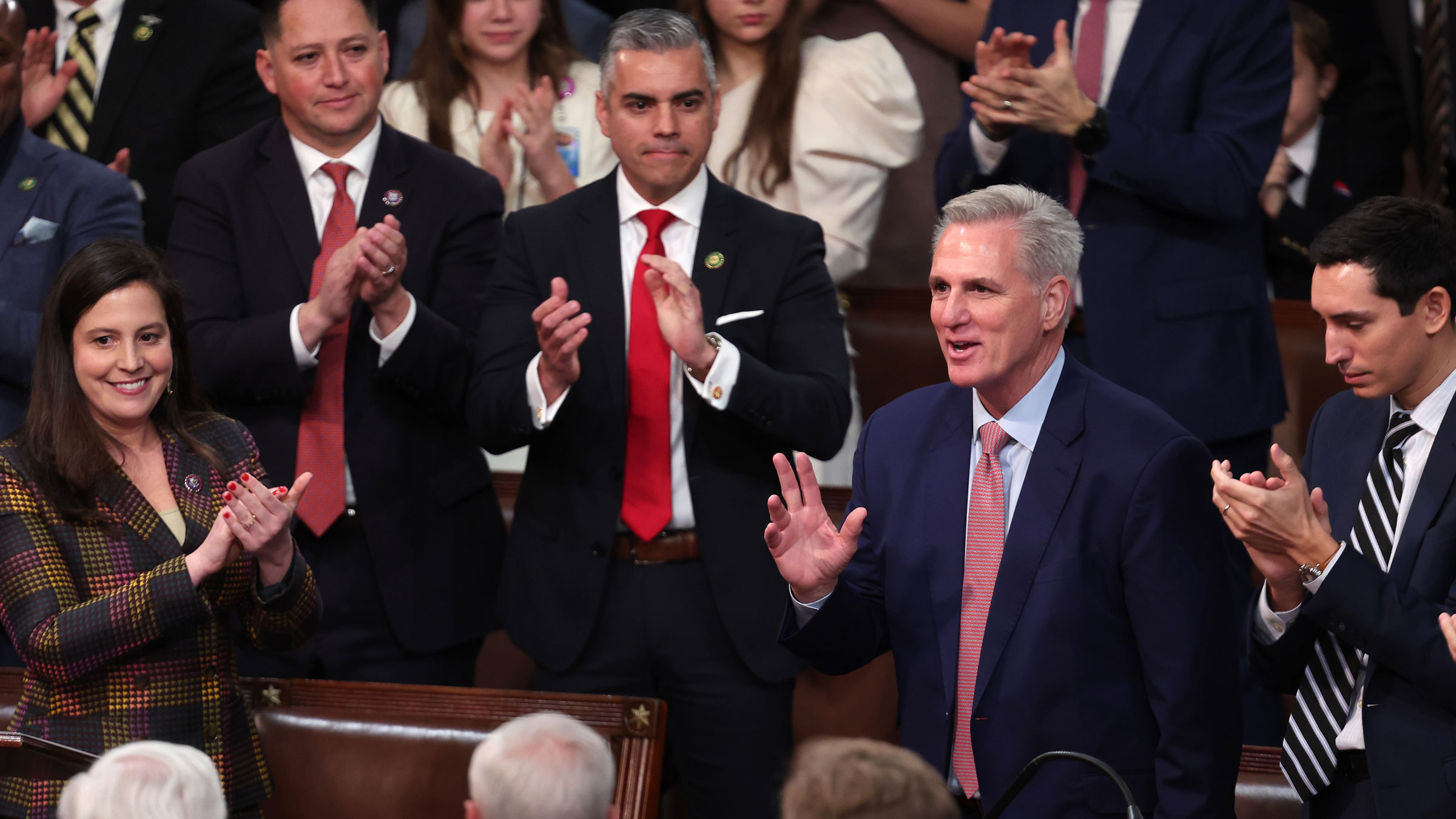 The clerk of the House – Cheryl Johnson — has gaveled the 118th Congress. They’ll do a prayer and the pledge, and then she will announce the certifications of the election of the 118th Congress have been received.

Then they will have a quorum call. This is the first vote of the Congress. It’s a roll call vote. Members will vote present, they have to be in the chamber.

Then she will announce the vacancy of Virginia’s 4th Congressional District due to the death of Don McEachin.

The speaker election: The next order of business is the election of the House speaker. Democrats will place their party leader Rep. Hakeem Jeffries’ name into nomination, and Republicans will place Kevin McCarthy’s name.

Republican Rep. Andy Biggs is also expected to garner several votes in the first round.

Then they’ll call the roll. Each member, when their name is called, will state the name of the person they are voting for. Can be one of the names in nomination, their own name, someone else’s name, or PRESENT, which is not a vote at all.

The tellers will tally up the votes. The winner must have a majority of those voting for a person. Present votes subtract from that total, thus lowering the threshold for a majority of votes.

If no one amasses a majority of votes cast, it goes to a second ballot, and on and on.

What could happen next: If McCarthy doesn’t get the votes on the first ballot, there is the option to make a motion to adjourn, but it would take 218 votes to do that and Democrats are not likely inclined to help Republicans out in any way.

There is no playbook for what the chamber will do if the speaker isn’t elected on the first ballot. The 1923 vote was decided on the ninth ballot, where they kept voting until a speaker was decided. The 1869 speaker vote lasted through 60 ballots over the course of two months.

This Congress may recess the chamber, or they could continue voting.

But no other House business can be done until this vote is finished, including swearing in of the rest of the members. Until the speaker’s vote is decided, the clerk of the House is in charge of the chamber.

Watch what to expect here: