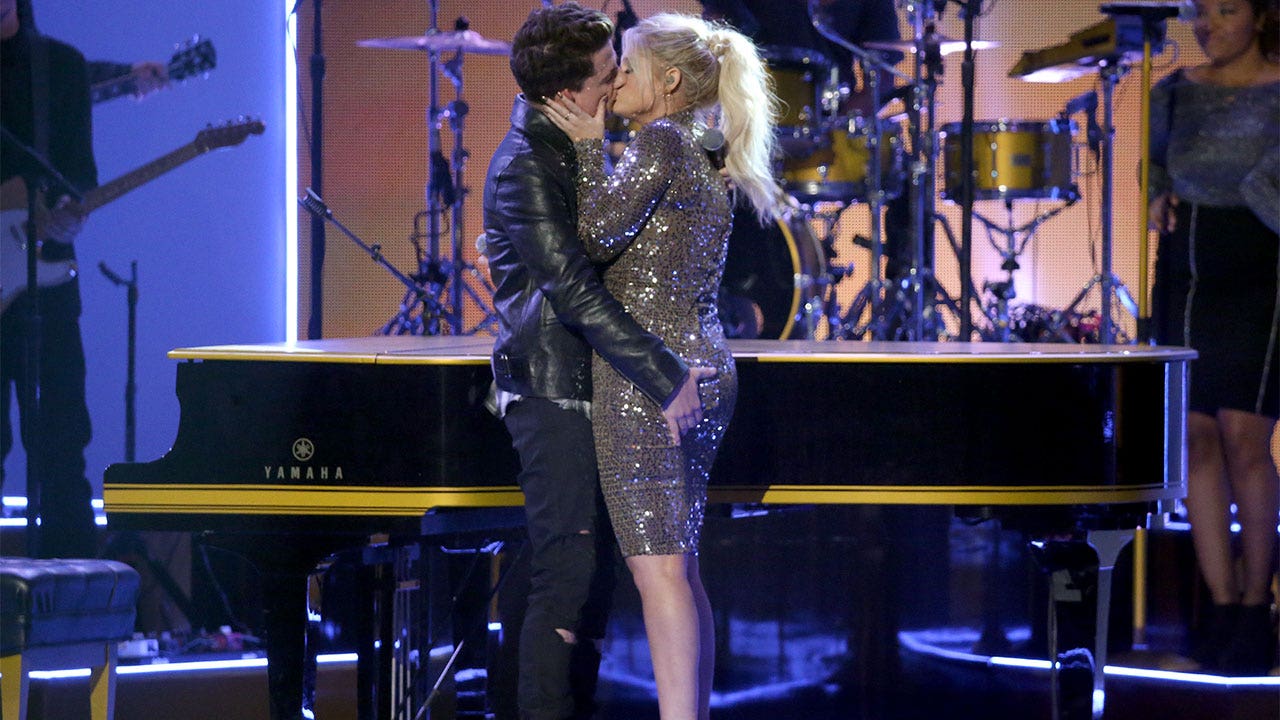 Meghan Trainor shocked everyone in 2015 when she made the decision to kiss Charlie Puth right on the American Music Awards stage like no one was watching.

Back in 2015, the two singers performed their duet, “Marvin Gaye,” which concluded with a long smooch between the two.

Meghan Trainor and Charlie Puth shared a kiss after performing “Marvin Gaye” at the American Music Awards in 2015.
(Michael Tran/FilmMagic)

MEGHAN TRAINOR OPENS UP ABOUT ‘PANIC ATTACKS’ SHE EXPERIENCED ON LIVE TV: ‘I HAD A MENTAL BREAKDOWN’

The “Me Too” singer took her TikTok followers back in time by posting a short video reacting to the moment.

The TikTok video was to the audio “Hal Walker Plays the Banakulas.” The first words displayed across the screen were “All about that bass hitting #1 in 2014” while Trainor shimmied in front of the camera. The next words read “Winning a Grammy in 2016,” while she continued to dance. The last bit of text in the video said, “Making the decision to kiss Charlie Puth on national television in 2015,” while Trainor stood absolutely still, with a straight face.

Trainor was single at the time of her viral kiss, and she has since married her husband, “Spy Kids” actor Daryl Sabara in December 2018. Their baby Riley was born in February 2021.

Ashlyn Messier is a writer for Fox News Digital.