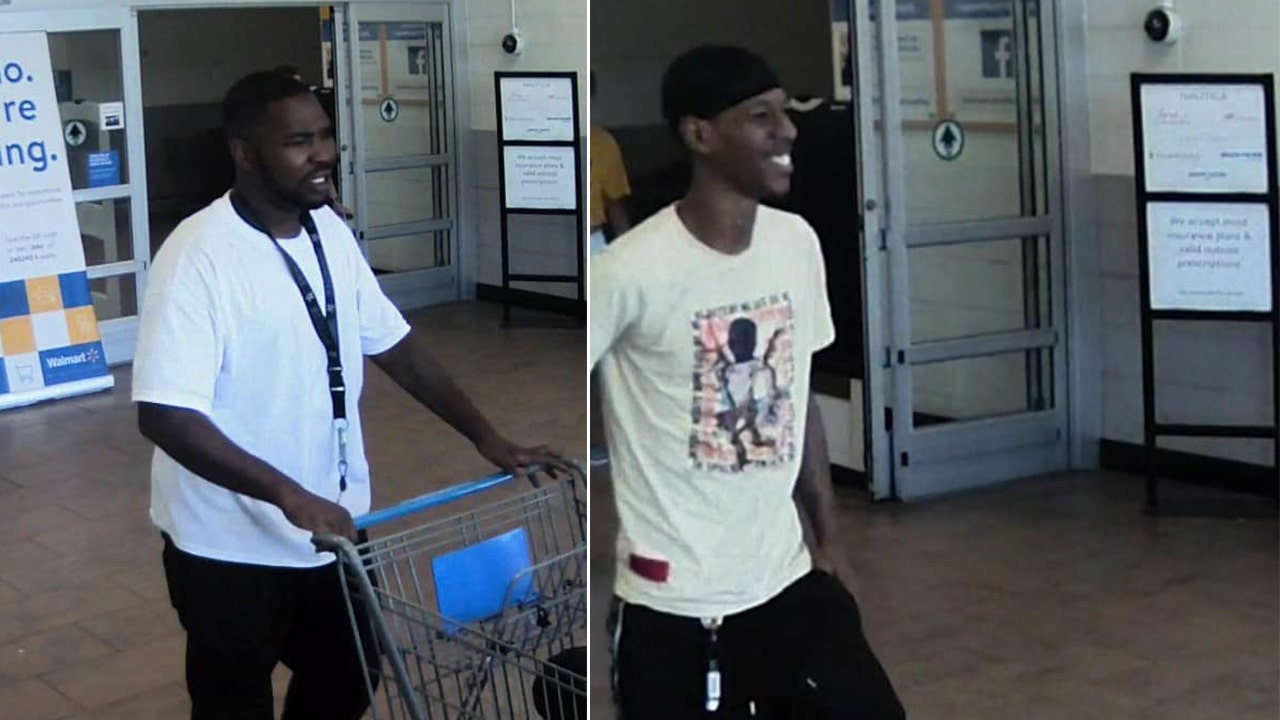 The hunt is on as Memphis Police search for two suspects involved in the abduction and robbery of a mother and her 1-year-old this week.

The victims’ names have not been released, but, according to a Facebook post by the Memphis Police Department, officers responded to a call after a mother and her child were released from a harrowing robbery scheme this week.

Memphis police released images of two suspects who the department says abducted a mother and her child and forced the woman to withdraw $800 from an ATM.
(Memphis Police Department)

According to Wednesday’s post, two men approached the mother in a Target parking lot as she was loading groceries into her car.

Armed with a handgun, the suspects forced the mother and her 1-year-old to into the vehicle.

The suspects then drove them to a Regions Bank roughly half a mile down highway 64 in a suburb outside of Memphis, where they forced the victim to withdraw $800 from an ATM.

The suspects then released the mother and child.

Fox News could not immediately reach the Memphis Police Department. But the Facebook post from earlier in the week said officers had not yet identified the two suspects.

The suspects were seen in surveillance footage at a Walmart before the abduction.

Police are offering a cash reward “for any information leading to the identification and arrest of those responsible.”

Caitlin McFall is a Fox News Digital reporter. You can reach her at [email protected] or @ctlnmcfall on Twitter.