Missile that hit Dnipro apartment block was 'no doubt' a Kh-22, Ukraine says 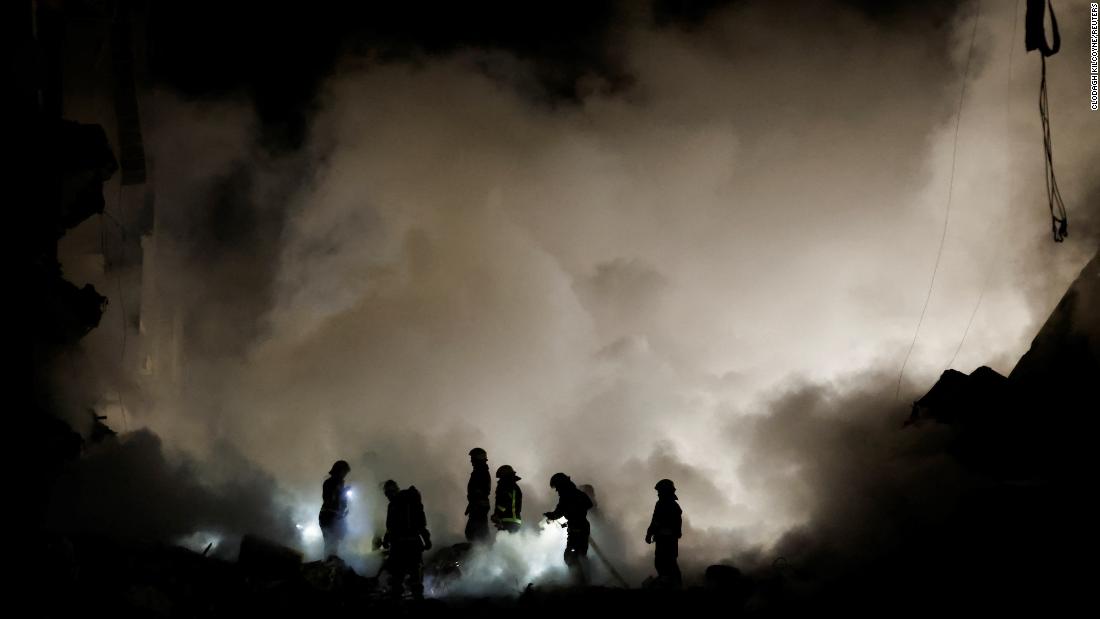 The Russian missile that hit an apartment block in Dnipro on Saturday was “no doubt” a Kh-22 missile, the Air Force Command of the Ukranian Armed forces said Sunday on its Facebook page.

“[A] Radar detected the approximate launch site, altitude, and flight speed. There is no doubt that it was an X-22 [Kh-22] missile,” it said.

“The Armed Forces of Ukraine lack the firepower capabilities for shooting down this type of missile. Since the beginning of Russia’s military aggression, more than 210 missiles of this type have been launched at the territory of Ukraine. None of them have been shot down by our air defense systems,” the post added.

Yurii Ihnat, spokesman for the Ukrainian air force, said the Kh-22 “was fired from a Tu-22M3 long-range bomber, launched from the area near Kursk and the Sea of Azov.”

“There were a total of five launches of these missiles,” Ihnat said.

Speaking of Saturday’s attack, Ihnat said: “They hit with such a missile a densely populated city with people, women, children. There is no explanation and justification for this terrorist act.”

Originally designed as an anti-ship missile, the Kh-22 is an older and less accurate weapon than most modern missiles. But Western analysts say it is only accurate to a radius of about 500 meters (about 1,600 feet).

CNN reported last June that it was also a Kh-22 that hit a shopping center in Kremenchuk in central Ukraine.

The Russian Defense Ministry said the target in June was a facility that repaired military vehicles, which was several hundred meters from the shopping center. At least 18 people were killed in that attack.

The death toll from the Russian missile strike on an apartment block in Dnipro rose to 20 on Sunday, the day after missiles and explosions were heard across the country.

At least 73 people were wounded in the attack on the nine-story apartment building, including four who are in critical condition, Valentyn Reznichenko, the head of the Dnipropetrovsk regional military administration said.