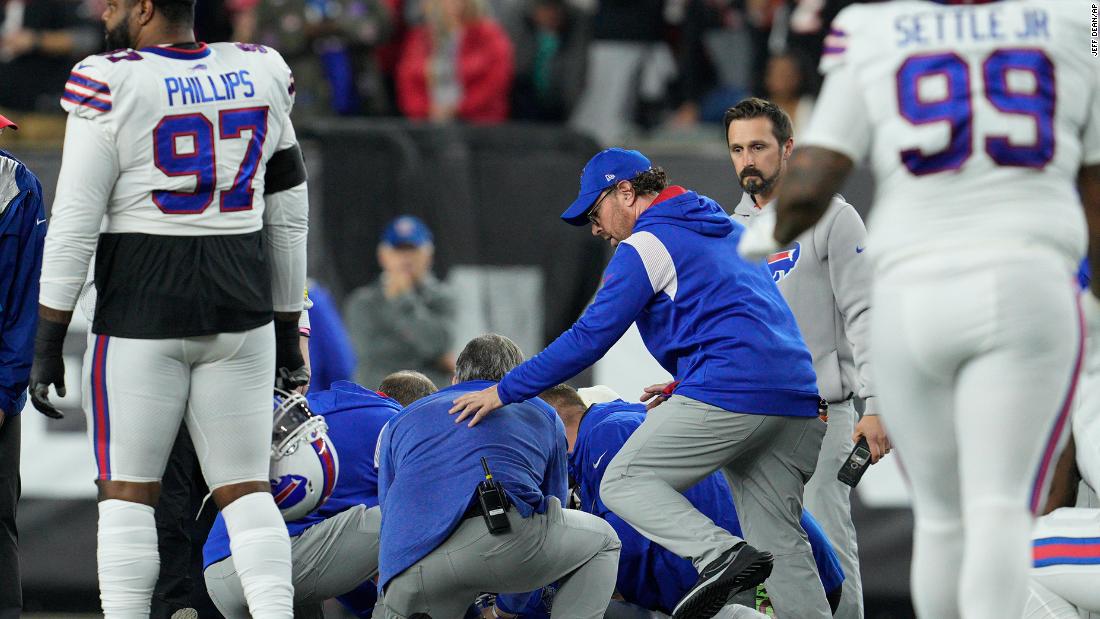 “There didn’t seem to be any direct hit to the head or neck area. His head didn’t even look like it got jostled all that much. So, I can’t assume what type of injury this might be,” Wire told CNN’s Anderson Cooper on Monday.

Hamlin fell on his back on the field just moments after standing up following an open field tackle of Bengals wide receiver Tee Higgins.

Wire, who played nine seasons in the NFL and currently serves as a CNN sports anchor, said the collapse was shocking.

“Never seen a response from a hit like that,” he said.

Visibly emotional, Wire noted that sympathies should be sent to Hamlin’s family and his loved ones.

“I’m trying to keep my composure for you because I think it’s important that we send prayers, think about Damar, think about his family,” Wire told Cooper.

Wire also praised the NFL’s move to suspend the game after Hamlin’s collapse.

“I’m so proud that the NFL has suspended the game because I think maybe 10 years ago, that might not have happened,” he said. “The importance placed on players’ safety nowadays, they stopped the game. I think that’s progress.”