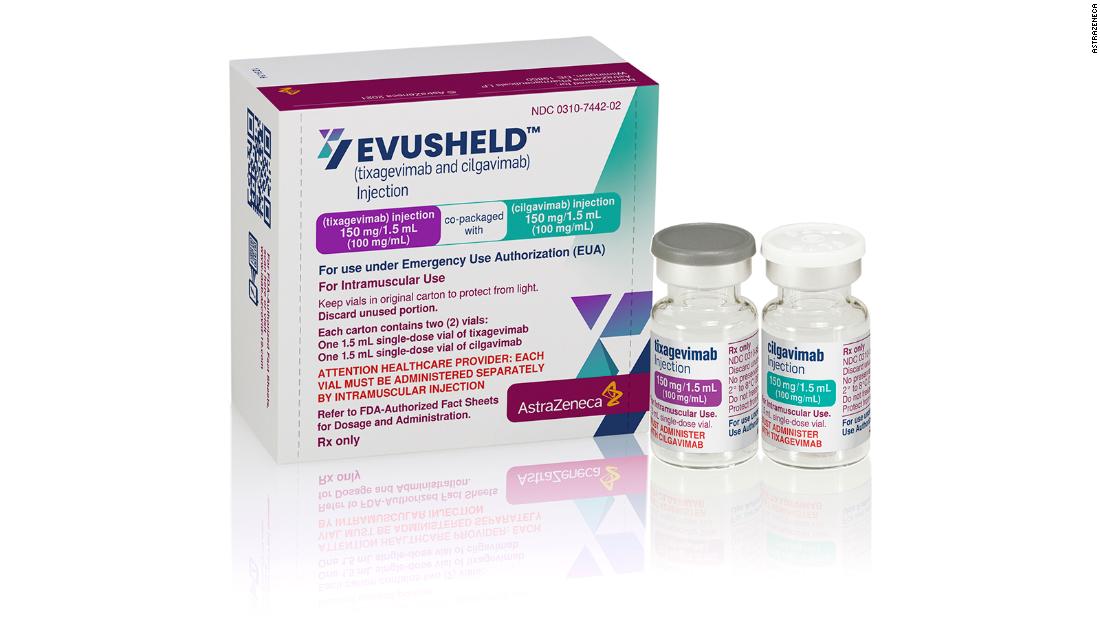 BA.4.6 is an offshoot of the BA.4 subvariant of the Omicron coronavirus variant. Only a couple of mutations separate it from its predecessor, but it is slowly gaining ground in the United States, even against BA.5, which continues to dominate transmission.

Evusheld is a combination of two long-lasting, lab-created antibodies made by AstraZeneca. When given every six months, it can prevent a Covid-19 infection in people who may not get enough protection from vaccines because their immune system can’t respond effectively to them. The CDC estimates that about 7 million Americans could benefit from the protection of Evusheld.

This vital therapy has been holding up well against new coronavirus variants. But in new tests, Dr. David Ho, a professor of microbiology and immunology at Columbia University, found that although this subvariant doesn’t seem to bind to our cells more easily than others, it does appear to evade the ability of some antibodies to neutralize it, including those in Evusheld.

“We found that that combination antibody no longer works against this new variant, and that is the only antibody combination that’s approved for prevention of Covid-19,” Ho told CNN.

Ho and his team have worked throughout the pandemic to quickly characterize new variants to help the US refine its treatment strategy.

His latest research has been shared as a preprint, in advance of peer review.

Ho said he has also sent his results to the National Institutes of Health and the US Food and Drug Administration.

The FDA said in a statement that it “is working with sponsors of all currently authorized therapeutics to assess the activity against any global SARS-CoV-2 variant(s) of interest and is committed to communicating with the public as we learn more.”

AstraZeneca said that the antibodies in Evusheld work together and that testing them separately may not reflect how the therapy performs in the real world.

“There is limited relevance to studies that evaluate the Evusheld component antibodies individually vs. in combination or that attempt to recreate versions of tixagevimab and cilgavimab vs authentic Evusheld. The data for the individual Evusheld antibodies are not representative of the synergistic effect of the combination as administered in the Evusheld label. Antibodies recreated in a laboratory based on publicly available information are not an accurate replication of Evusheld,” a spokesperson said in a statement.

Ho says that he did test the combination of the antibodies and that he’s confident in his results. He points out that his team’s conclusions echo the results of similar tests performed by scientists in China.

In the meantime, Ho says, people who are immunocompromised need to know that Evusheld may not be as protective as it once was.

“Just be aware that BA.4.6 is going to be resistant, and it is gaining ground on BA.5. So folks who are immunocompromised in general should be more cautious,” he said.

Ho says that based on his research, only one monoclonal antibody — bebtelovimab — continues to be effective against the circulating variants.

“Now we’ll be left, essentially, with one antibody,” he says. “Everything else is gone.”

He said the FDA has been very focused on making sure the Covid-19 vaccines are updated, but he worries that it hasn’t continued to keep antibody treatments current.

“There are millions of people who have compromises to the immune system, and they would be running out of options right now,” he said.