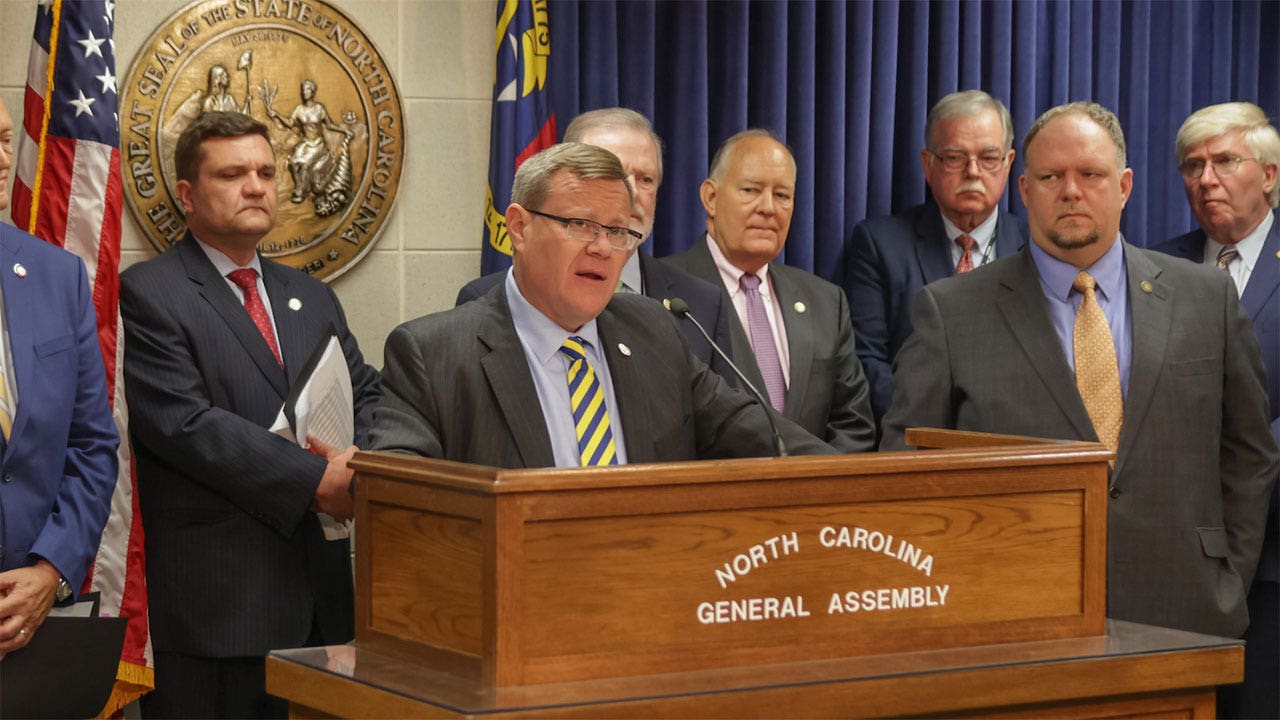 In Moore v Harper, the Supreme Court will determine whether the Constitution empowers state legislatures to oversee the federal elections process without limitations from state courts.

The case stems from a ruling that tossed out congressional maps drawn by the North Carolina Legislature in November 2021 for the state’s 14 congressional seats.

The North Carolina Supreme Court ruled that those maps were unconstitutional and benefited Republicans. The court-drawn maps were used in the midterm elections and resulted in seven seats to both Republicans and Democrats.

“They said you had to draw districts that were fair. Now, they never defined what fair is,” Moore said. “So they gave us no metrics to use. There was no ability to be consistent with what it was they thought was fair. So we drew maps. They shot them down.”

During Wednesday’s arguments, the Supreme Court examined what extent the state has over the “the Times, Places and Manner of holding Elections.”

“At the founding of the Constitution, decades after, and even to today the state constitutions have regulated time, place, and manner,” Justice Sonia Sotomayor said.

Liberal Supreme Court Justices also pushed back against the independent state legislature theory — which argues that the state’s elected lawmakers have broad authority over federal elections, without checks and balances from the state courts or other legislative entities.

“This case is not about that or any other theory. It’s about the elections clause to the U.S. Constitution,” Moore said. “If you think about what’s happened, it’s what the courts have done, it’s how far they’ve gone in ignoring the Constitution.”

However, Justice Elena Kagan said that “this is a theory with big consequences.”

“It might allow the legislatures to insert themselves and to give themselves a role in the certification of elections and the way election results are calculated,” she said. “So in all these ways, I think what might strike a person is that this is a proposal that gets rid of the normal checks and balances on the way big governmental decisions are made in this country.”

SUPREME COURT JUSTICE STEPHEN BREYER IN RETIREMENT LETTER: ‘IT HAS BEEN MY GREAT HONOR’

Moore shot down concerns that the state legislatures could subvert the will of the voters, by using electors to override votes.

“When it comes to votes, when it comes to how our state votes. There is no argument that that’s reasonable in my mind at all, that a state legislature would be empowered to just ignore the votes of the people of that state. That would be wrong from word go,” said Moore.

Moore defended the idea that the will of the people lies with a state’s elected officials, not judges who are appointed.

“The group that’s the most responsive to the people are the folks that are elected at the most local level,” said Moore. “The problem [is] when you have judges go in and just create new law, whole cloth. That’s what undermines the power of the people.”

Conservative Justice Samuel A. Alito Jr. said that if judges control how congressional maps are redistricted, it could complicate matters significantly.

“Do you think that it furthers democracy to transfer the political controversy about districting from the legislature to elected supreme courts where the candidates are permitted by state law to campaign on the issue of districting?” Alito asked.

The decision in Moore v. Harper will affect how states run the elections process and could have a long-standing effect on the balance of power in Congress.

Lacey Christ is a producer with “Fox News @ Night.”