Opinion: While I miss my husband more than words can describe, medical aid in dying was a blessing for him 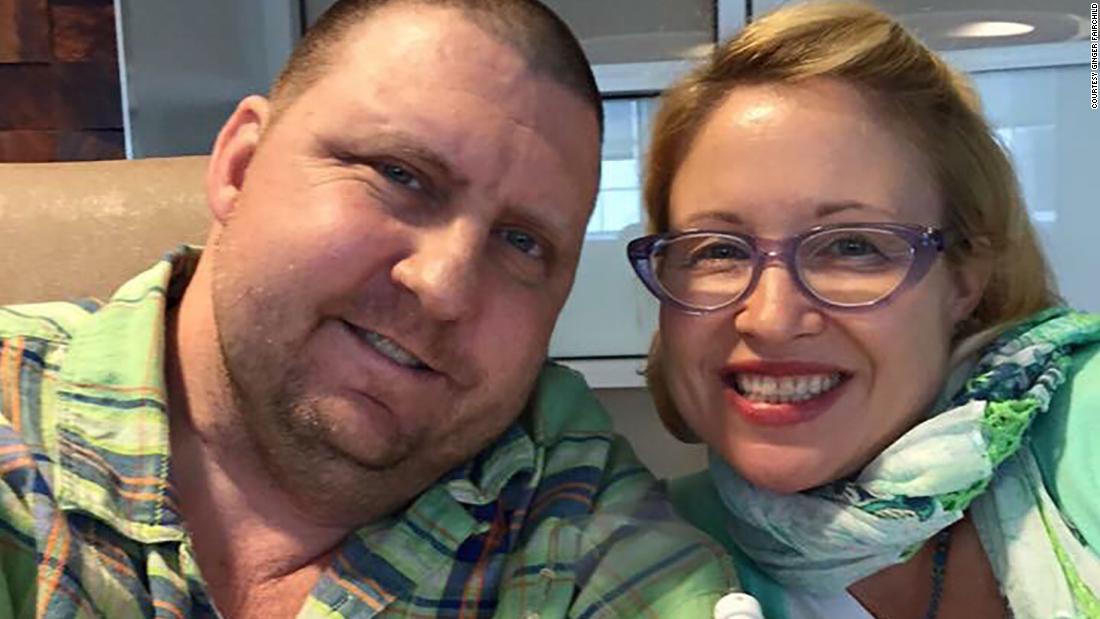 Matt died on January 21, and while I miss him more than words can describe, I am grateful he had the option to end his suffering. Matt loved life, and at only 52, he didn’t want to die. But after he went through nearly a decade of chemotherapy, radiation, hospitalizations and surgeries in a valiant attempt to cure the skin cancer that had spread to his brain, bones and lymph nodes, it was a blessing to give him the option to be at home and to take the medication to pass peacefully.

Seeing what a difference medical aid in dying made for Matt, and the needless suffering it saved him, my hope is that this option is available to others as well. Unfortunately, for millions of Americans who depend on federally funded insurance and medical facilities, medical aid in dying is financially inaccessible, in large part due to a decades-old law that bans the use of federal funds to pay for this end-of-life care option.

Specific polling on medical aid in dying is limited, but a 2020 Gallup poll has found broad support for patients with incurable diseases to have access to end-of-life care options. Legislation to allow medical aid in dying has also been introduced in at least a dozen states during the 2021-2022 legislative session alone. Despite this fact, medical aid in dying remains a practice that is widely misunderstood.
It is often equated with physician-assisted suicide, suicide and euthanasia, terms that the news media often mistakenly use and opponents deliberately use to describe it. As a registered veterinary nurse and a spouse of a loved one who used medical aid in dying, this equivalence is one I find disturbing.
Euthanasia, which is illegal across the US, is an intentional act by which another individual, not the dying person, administers the lethal medication, according to the American Medical Association. By contrast, medical aid in dying requires patients to be able to take the medication themselves. This stipulation allows them to remain in control of the process so that they can always change their mind and decide not to take the medication.
It’s also important to point out that patients have to meet specific criteria in order to be eligible for medical aid in dying. State laws also establish several safeguards, such as requiring physicians to inform people about other end-of-life care options and requiring doctors to offer the opportunity for patients to rescind their requests. In Matt’s case, he had to meet 13 different requirements in California before medical aid in dying was possible.
As the cultural anthropologist Anita Hannig put it, “Terminally ill patients who seek an assisted death aren’t suicidal. Absent a terminal prognosis, they have no independent desire to end their life.” Many patients who seek medical aid in dying feel deeply offended when the medical practice is referred to as suicide or assisted suicide. The Journal of Palliative Medicine has published peer-reviewed, clinical criteria for physician aid in dying, not physician-assisted suicide.
There is no comparison between a mentally capable, terminally ill person who is going to die no matter what, and just wants to die peacefully, with loved ones by the bedside, and a mentally distraught person who prematurely ends their life via suicide, usually alone, often violently. (A worldwide directory of resources and international hotlines is provided by the International Association for Suicide Prevention. You can also turn to Befrienders Worldwide.)
As of 2022, however, medical aid in dying is still only available to slightly more than one in five Americans, those who live in California, Colorado, Hawaii, Maine, Montana, New Jersey, New Mexico, Oregon, Vermont, Washington state or Washington, D.C. Why should a state border or ZIP code determine whether you can die peacefully or whether you must die with needless suffering?
Most private insurance and state-funded Medicaid plans in California, Hawaii and Oregon cover most of the substantial cost of medical aid in dying, including aid-in-dying medication and clinician appointments to establish if the person requesting it is eligible.

But for millions of Americans who depend on federally funded insurance (e.g., Medicare, Tricare) and medical facilities (e.g., Veterans Affairs facilities), medical aid in dying is inaccessible.

One major reason for this grave injustice is an antiquated federal law. In April 1997, Congress passed the erroneously and pejoratively named law called the Assisted Suicide Funding Restriction Act (ASFRA), which bans the use of federal funds to pay for end-of-life care. ASFRA was a preemptive strike against Oregon’s first-in-the-nation, medical aid-in-dying law, which was implemented six months later in October 1997. And despite more states passing medical aid in dying laws in the ensuing decades, ASFRA still stands. The restriction established in that federal law meant my husband, Matt, was ineligible for coverage for medical aid in dying through his VA health care.

Luckily for Matt, generous friends helped us pay our $2,100 out-of- pocket expenses for medical aid in dying, including $1,400 for doctor visits required to ensure Matt met the law’s stringent, multistep criteria and $700 for the aid-in-dying medication.

But not everyone is so lucky, and medical aid in dying shouldn’t be available for only a select few. Congress has an ethical and moral duty to right this injustice — especially for terminally ill veterans who risked their lives to defend our country and deserve a peaceful death — by repealing the Assisted Suicide Funding Restriction Act.

Having the medical aid in dying for Matt saved him so much more suffering. He had already suffered so much.

Matt’s amazing friend Jason Vazquez, an intensive care unit nurse who served with him in the Gulf War, aptly said to him near the end of his life: “Matt, there’s just something better than this.”

Letting someone suffer, as Matt did, is morally wrong. Having seen Matt’s suffering firsthand, I think that to make someone continue to live in such a tortured state is also ethically wrong, and if there’s an option to ease that suffering, it’s what the person deserves.