Ozzy Osbourne has ‘improved quite considerably’ after undergoing major surgery 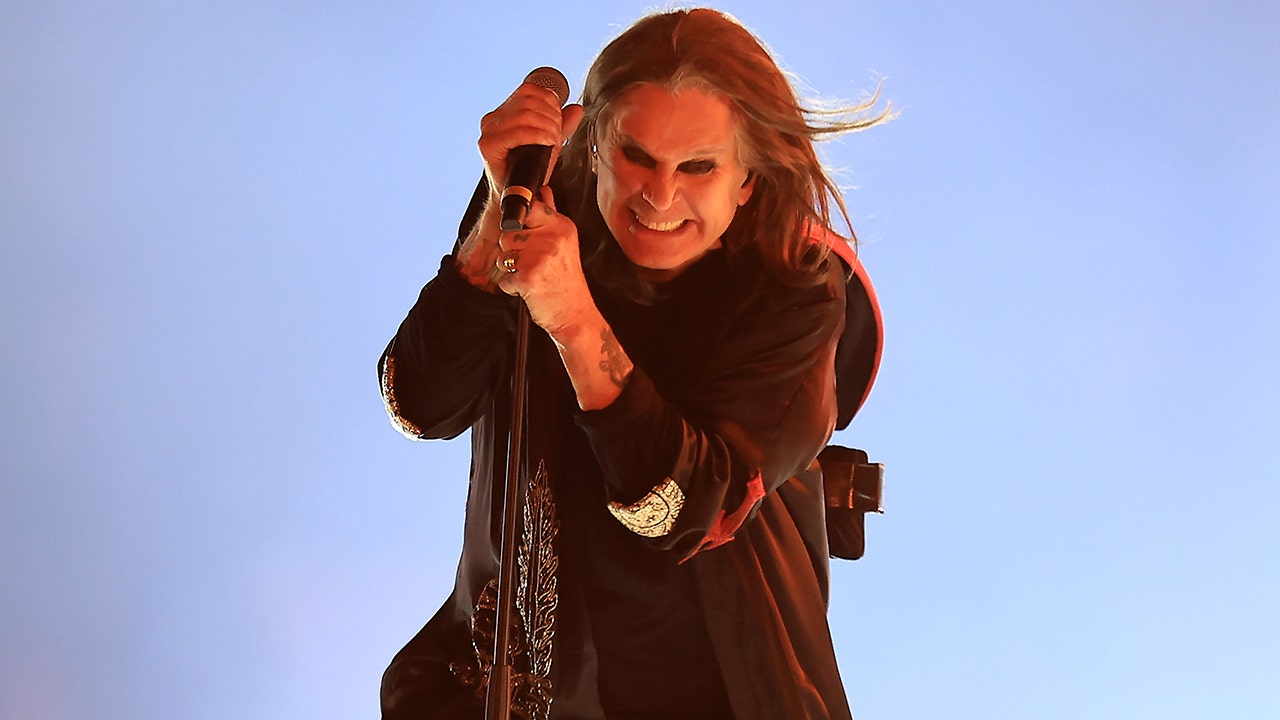 Ozzy Osbourne says he has experienced a significant improvement in his health since undergoing major surgery.

The 73-year-old heavy metal singer-songwriter, who revealed he has Parkinson’s disease in January 2020, opened up about his recovery during a Wednesday appearance alongside his wife Sharon, 69, on “Good Morning America.”

“Before I would be talking to you like this,” he told correspondent Chris Connelly, as he hunched over in his chair.

Ozzy Osbourne shared that he has experienced a significant improvement in his health since undergoing a major surgery.
(Sergei BobylevTASS via Getty Images)

“The Osbournes” alum went on to say, “Since I had this surgery I have improved significantly.”

OZZY OSBOURNE’S SON JACK RECALLS THE ROCKER BEING INVITED TO THE WHITE HOUSE: ‘IT WAS A VERY PROUD MOMENT’

Sharon explained that Ozzy was in agonizing pain ahead of the surgery.

“These metal plates were working their way out,” the former “The Talk” host said. “The debris was rubbing on his spinal cord. He would literally be crying in pain some days.”

The former Black Sabbath frontman has struggled with a number of physical ailments over the years. In 2003, he almost died in an ATV accident when his quad flipped onto him while he was riding around his London estate.

Ozzy also underwent an operation after suffering a bad fall in 2019. He told Connelly, “I had to have surgery in my neck, which screwed all my nerves.”

The heavy metal singer-songwriter opened up about his recovery during a Wednesday appearance alongside his wife Sharon on “Good Morning America.”
(Mike Marsland/Mike Marsland/WireImage)

The musician said that his mobility these days is “not great”.

“I have to negotiate everywhere I want to go and I tire easily. But I am well. My family has been absolutely wonderful while I’ve been laid up,” Ozzy added.

“He’s been a pain in the butt,” Sharon joked. “Everything from heartbreaking to soul-destroying to the joys of his getting better.”

Ozzy is set to give his first U.S. performance in two years on Sept. 8 at the first day of the NFL season. The football organization announced Monday on social media that the “Shot in the Dark” hit-maker will be the half-time performer for the game between the Los Angeles Rams and the Buffalo Bills.

He last took the stage stateside at the 2019 American Music Awards when he joined Travis Scott and Post Malone for a performance of their collaboration “Take What You Want”.

During his interview with GMA, Ozzy discussed taking the stage for the first time since 2019 when he performed at the Commonwealth Games in his hometown of Birmingham, England last month.

“When I get on a stage, something takes over,” he said. “My spirit becomes alive.”

Osbourne discussed performing for the first time in two years when he took the stage at the Commonwealth Games in his hometown of Birmingham, England last month.
(Photo by Alex Pantling)

Sharon added, “There were 30,000 people there and as soon as Ozzy came up, they were all crying because they just couldn’t believe he was there.”

“Shut up,” the “Sharon Osbourne Show” alumna said with a playful hand wave.

The couple will soon make their reality TV comeback. They are starring in an upcoming BBC docuseries titled “Home to Roost.” The show will follow Ozzy and Sharon as they make their return to the U.K. and adjust to life in the English countryside.

“The series will follow the Osbournes as they celebrate one of their most important years yet — with everything from Sharon’s 70th birthday to Kelly’s soon-to-be-born baby, Ozzy’s tour, and of course the big move itself,” a logline for the show read.

Announced some 20 years after the premiere of the pair’s MTV reality show “The Osbournes,” “Home to Roost” will also follow Ozzy and Sharon as they cope with health issues and aging, per the outlet.