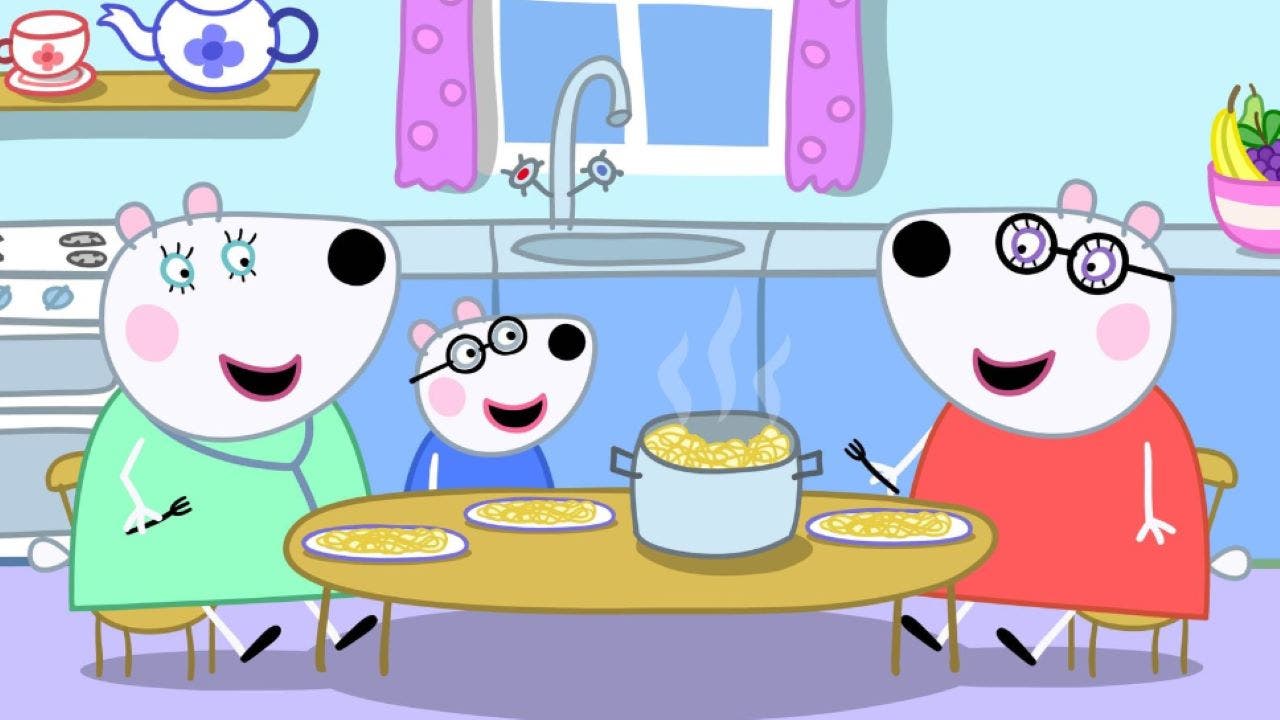 A popular British children’s cartoon has added a same-sex polar bear couple to its show.

A new episode of “Peppa Pig,” titled “Families”, premiered on Channel 5 on Tuesday. In the episode, a polar bear cub is seen speaking about her lesbian parents to her class.

“I’m Penny Polar Bear. I live with my mommy and my other mommy,” the cartoon character explains to her classmates.

“One mommy is a doctor and one mommy cooks spaghetti. I love spaghetti,” the child says while drawing a portrait of her family.

The debut is the first time a same-sex couple has been featured in the show’s 18-year history. It comes after a petition demanded a gay couple on the British children’s program, which got over 23,000 signatures.

Some American children have adopted a British accent after watching the “Peppa Pig” cartoon.
(Fox News)

“Children of same-sex parents may feel alienated by Peppa Pig, and that other children may be more likely to bully them, simply through ignorance,” the petition argued. “Peppa Pig is not just for entertainment, children are inevitably learning from it too.”

In this April 27, 2018, photo, a woman reacts to a Peppa Pig mascot during the Global Mobile Internet Conference (GMIC) in Beijing, China.
(AP Photo/Ng Han Guan)

“Peppa Pig” is a popular children’s franchise throughout the globe, where it is watched in 180 countries. Some American parents have even reported their children speaking in British accents because of the show.

A Peppa Pig theme park opened in Winter Haven, Florida earlier this year. The cartoon was acquired by Hasbro in a $3.8 billion dollar deal in 2019.