Princess Diana crash: Where is her bodyguard and sole survivor of the accident, Trevor Rees-Jones, now? 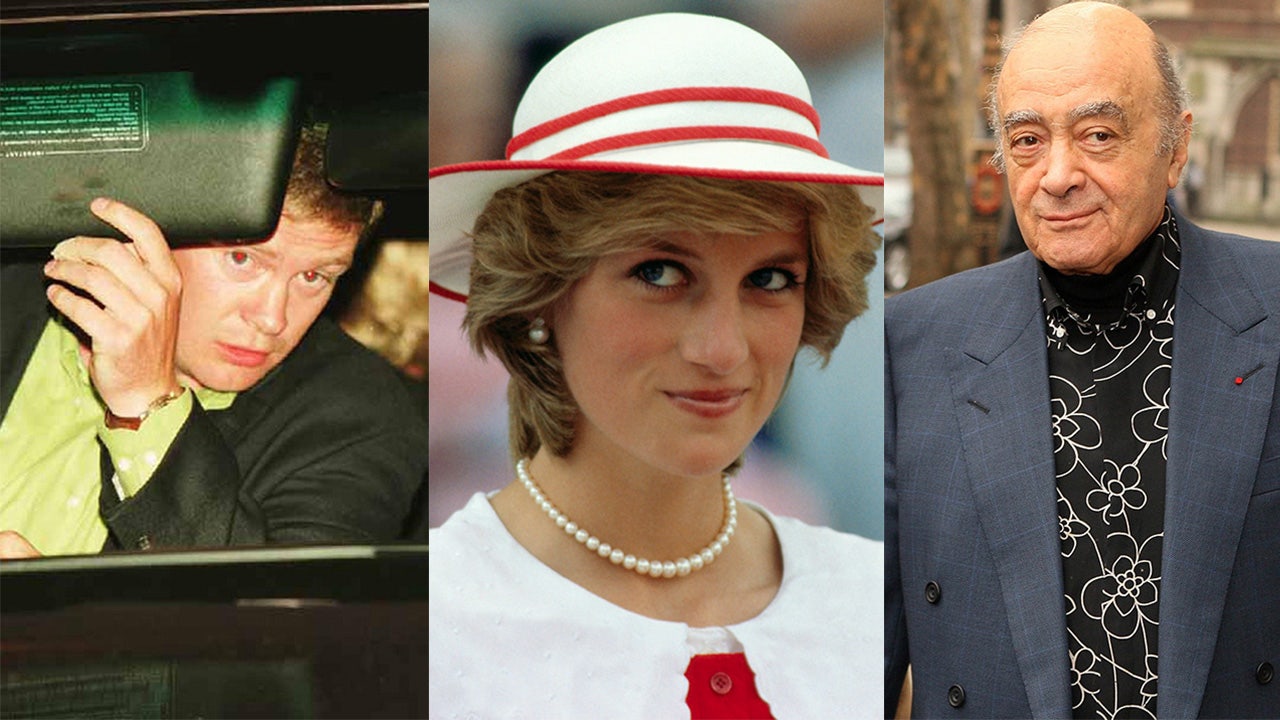 Princess Diana’s fatal car crash in 1997 shocked the world. There was only one survivor, Diana’s security guard, Trevor Rees-Jones.

French Dr. Frederic Mailliez was one of the last people to see the “People’s Princess” alive. And, 25 years later, he recounted Diana’s final moments.

Here is a look at where the survivors involved with the tragic accident are now.

Trevor Rees-Jones was Diana’s security guard the day of the crash. He was the sole survivor of the accident and spent 10 days in a coma immediately following the crash. At the time, Rees-Jones was working for Mohamed Al Fayed, the father of Diana’s rumored boyfriend at the time — Dodi Fayed.

Rees-Jones suffered serious injuries in the crash and broke every bone in his face. At the time, reports surfaced that surgeons used 150 pieces of titanium to reconstruct his face. In 2000, he published a book, “The Bodyguard’s Story.”

Trevor Rees-Jones was Princess Diana’s bodyguard and the sole survivor of the crash.
(Getty Images)

Following the accident, Rees-Jones quit Al Fayed’s security business. According to his LinkedIn profile, Rees-Jones now goes by Trevor Rees, and he is the head of global security at the pharmaceutical company AstraZeneca in Cambridge.

His profile shows he worked for the United Nations as a district security officer in 2000. Rees-Jones has a security and risk management degree from the University of Leicester in 2004.

French doctor Frederic Mailliez was one of the last people to see Diana alive. On Monday, Mailliez shared the princess’ last moments with The Associated Press.

“I realize my name will always be attached to this tragic night,” Mailliez said. “I feel a little bit responsible for her last moments.” The doctor was driving home following a party Aug. 31, 1997, when he came across the tragic accident in the tunnel. He recalls the smoking Mercedes split in two.

French emergency doctor Frederic Mailliez, who was first to arrive at the crash that killed Britain’s Diana, Princess of Wales, speaks to The Associated Press next to the Pont de l’Alma tunnel, in Paris, Wednesday, Aug. 24, 2022.
(AP Photo/Francois Mori)

He told the outlet he did not immediately recognize Diana but aided the princess with a respiratory bag. She remained unable to speak despite regaining strength.

Mailliez shared that, 25 years later, he is still reminded of that tragic night every time he travels through the tunnel. The Flame of Liberty monument nearby now stands as a memorial site in remembrance of Diana and her legacy. Tourists and fans of the late princess visit the site regularly.

Mohamed Al Fayed was the father of the Princess of Wales’ rumored boyfriend, Dodi Fayed, in 1997. Dodi and Diana were returning from a vacation when their car crashed into a pillar at the entrance to the Pont de l’Alma tunnel.

Twenty-five years later, Al Fayed, 93, lives in the United Kingdom and owns the Ritz Paris Hotel, which he reportedly purchased for $30 million in 1979.

Al Fayed was the owner of Harrods, a department store in England, until he sold it for 1.5 billion pounds in 2010. Along with his multimillion-dollar deals, Al Fayed founded a charitable foundation in 1987 to help children living in poverty.

Firefighter Xavier Gourmelon was one of the first people on the scene to aid the princess in 1997. In June 2021, Gourmelon spoke to the Daily Mail and recounted the final moments of Diana’s life.

PRINCESS DIANA TRIED TO SHIELD PRINCE HARRY FROM ‘SPARE’ LABEL, JAMES PATTERSON SAYS: ‘SHE WAS TROUBLED BY IT’

“She spoke in English and said, ‘Oh my God, what’s happened?’ I could understand that, so I tried to calm her. I held her hand,” he told the outlet.

Gourmelon shared with the outlet that he was unaware the woman he was treating was Diana until she was taken away in an ambulance.

Weckage of the car from the tragic accident in 1997.
(Pierre Boussel/AFP )

“To be honest, I thought she would live. As far as I knew, when she was in the ambulance, she was alive and I expected her to live. But I found out later she had died in the hospital. It was very upsetting,” he said.

It is unclear if Gourmelon is still an active firefighter in Paris.

Lord John Stevens is the investigator behind Diana’s death and is a former police chief. He was a part of the group of people who shared the heartbreaking news of Diana’s death to her children, Prince Harry and Prince William.

“Yes, of course, it was a difficult thing [to do],” Stevens told Us Weekly earlier this month. “So, I went along with two other people who were part of the investigation, [including a] detective inspector, and [when we were] outside the door [at Kensington Palace], it was said ‘No, they only want to see you.’ That’s me.”

Lord John Stevens leaves the High Court in central London after the conclusion of an inquest into the death of Dodi Fayed and Diana, Princess of Wales.
(Fiona Hanson)

Stevens shared that he spoke to William and Harry for over an hour.

“I outlined what the conclusions were for about 10 or 15 minutes, and then the rest of the time was them asking me questions, which you’d expect because they didn’t know the circumstances of their mother’s death, where [and] when she’d died, what did she say and, beyond that, I don’t want to declare what the conversations were,” Stevens told the outlet.

Stevens is 79 years old and a member of the House of Lords.

Janelle Ash is an entertainment writer for Fox News Digital.