Prue Leith at 82 loves a pub crawl in Cotswolds..by motorbike 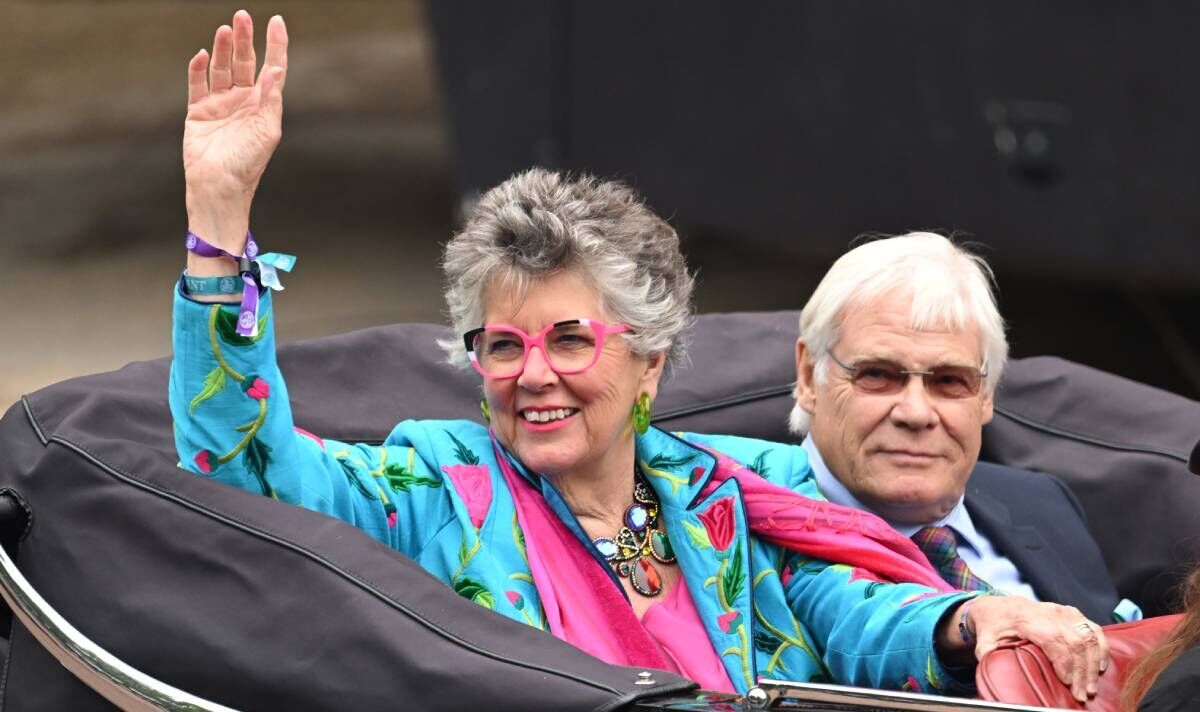 The TV cook, broadcaster and writer thought she wouldn’t even be alive to enjoy such success.

Prue said: “It’s extraordinary. I thought I’d be under the sod by the time I was 82. It’s wonderful people still want to employ me.

But what I’m most pleased about is I still have the energy and enthusiasm to do it all.

” The mother of two doesn’t sit still in her downtime either and loves “pub crawls around the Cotswolds” with second husband John Playfair as her chauffeur on his Harley Davidson motorcycle.

“I do the drinking because I’m on the back – and it’s the loveliest thing.”

Prue joined the Great British Bake Off in 2017 when she took over from fellow dame and judge Mary Berry.

But she nearly gave up her career after having her son – now Wiltshire MP Danny Kruger.

South African-born Prue also tells Good Housekeeping Magazine about having a second chance of love after the death of first husband Rayne Kruger at the age of 80.

One thought on “Prue Leith at 82 loves a pub crawl in Cotswolds..by motorbike”