Questions remain after death of second Canada stabbing suspect, who police say may be responsible for 10 fatalities 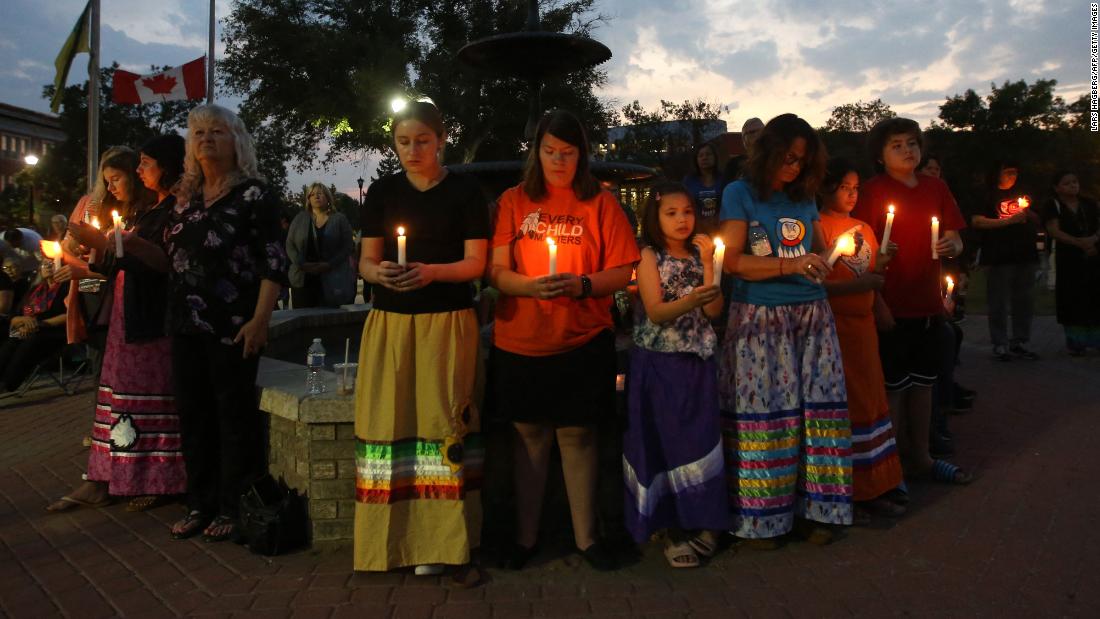 Myles Sanderson had been charged with first degree murder, attempted murder and breaking and entering into a residence, the police said Monday.

The brothers’ deaths conclude a sweeping manhunt for the two suspects and leaves victims, loved ones and law enforcement puzzling over several key questions that are still unanswered — most notably, what was the motive?

In response to a reporter’s question asking whether Myles killed the 10 victims, Blackmore said, “Our witness accounts that we have received have indicated that Myles Sanderson was the person responsible,” though she noted the investigation is still working to confirm exactly who was involved.

While a fuller picture of the violent attacks has come together, there is still little clarity on the suspects’ relationships with the victims or the circumstances surrounding their deaths. And with both suspects dead, those details may never fully emerge, investigators say.

The stabbing spree left 10 victims dead and 18 others injured. All but one of the victims belong to the Indigenous community of the James Smith Cree Nation, authorities said. One of those killed was from the nearby town of Weldon.

James Smith Cree Nation leaders declared a state of emergency Sunday in response to the attacks and police issued emergency alerts urging people in Saskatchewan and the neighboring provinces of Manitoba and Alberta to take precautions, including sheltering in place in some communities.

Though the hunt for the suspects has concluded, investigators’ jobs are still not over, as the vast crime scene stretches across more than a dozen locations and loved ones are still seeking answers as they now look toward recovering from the tragedy

Here are the key questions that still remain.

What was the motive in the attacks?

Police have said that some of the victims appear to have been targeted, while others were random, but it is still unclear why the attacks were carried out.

“Unfortunately now that Myles is deceased, we may never have an understanding of that motivation,” Blackmore said Wednesday. She did not say that Damien Sanderson was no longer a suspect in the attacks.

Myles Sanderson had a lengthy criminal record and there were multiple warrants out for his arrest before the stabbings, according to police. He was granted statutory release from prison by the Parole Board of Canada, according to a February 2022 ruling.

The ruling, provided to CNN by the Parole Board of Canada, said the board decided Sanderson would “not present an undue risk to society” if released. The decision noted that a psychologist assessed him as having a “moderate risk of violence.”

Police confirmed Monday that Myles Sanderson stopped meeting with his parole officer in May, which was a violation of his parole conditions.

What are the circumstances surrounding the suspects’ deaths?

As the brothers are no longer alive, “we may not know how some things unfolded,” Blackmore said, responding to a reporter’s question about how Damien Sanderson died.

The day after the stabbings, Damien Sanderson was found dead in a heavily grassed area near a house on the James Smith Cree Nation, Blackmore has previously said. His injuries did not appear to be self-inflicted, she said.

Investigators have said they are working to determine if Myles Sanderson may have been involved with his brother’s death.

After Damien’s death, Myles Sanderson was on the run for two more days until police received a 911 call that led them to his arrest.

At around 2:00 p.m., a breaking and entering was reported near the town of Wakaw, which is about 60 miles southeast of the James Smith Cree Nation, police said. Officers received information that said Sanderson was standing outside a home in the area and was armed with a knife, police said. The report indicated he may have been injured, according to Blackmore. Investigators believe he broke into a car earlier and stole a first aid kit, suggesting he needed medical aid, she added.

Sanderson stole a white Chevrolet truck and fled the property, leaving the homeowner uninjured, according to authorities.

After an emergency alert was issued to the public, police said they received over 20 calls in less than an hour reporting possible sightings of the stolen truck.

At about 3:30 p.m., the truck was spotted on Highway 11, prompting a vehicle chase which ended when the car was “directed off the road and into a nearby ditch,” Blackmore said in a statement. Sanderson, who was in the truck, was arrested and a knife was found in the vehicle, she said.

Soon after he was taken into custody, Sanderson went into “medical distress” and was brought to a hospital, where he was pronounced dead, Blackmore said. She did not provide further details about his cause of death.

An independent investigation will be conducted on the in-custody death and autopsies will be performed on both brothers, she said.

Did the suspects know the victims?

Investigators are still working to determine what relationship, if any, the suspects had with the victims, most of whom belonged to the same small nation community, authorities said.

Now that the Sanderson brothers can no longer cause harm, Blackmore said she hopes the victims’ loved ones can turn towards the difficult process of recovery.

“I hope that this brings them some sense of closure in that they can rest easy tonight knowing that Myles Sanderson is no longer a threat to them,” she said. “It is going to be a very long and extensive (healing) process for those individuals. Some of them have witnessed incredible trauma.”

The 10 victims were identified by police and Saskatchewan Coroner’s Service on Wednesday. They ranged in age from 23 to 78 years old.

The victims were identified as:

All of the victims are from James Smith Cree Nation, except Petterson who is from Weldon, authorities said.

About 1,800 members live on the reservation and the nation has a total population of around 3,400 people, according to its website.

At a press conference held by some victims’ families Wednesday, Saskatoon Tribal Chief Mark Arcand identified Bonnie Burns as his sister and Gregory Burns as her son, and he said another of her sons was stabbed but survived.

Lydia Gloria Burns, who was a first responder, was killed while responding to an emergency call on Sunday, her brother Darryl Burns told Reuters. The outlet did not say whether the call was related to the stabbings.

“She was butchered,” her brother Ivor Burns said to Reuters.

As of Wednesday afternoon, two of the surviving victims were in the hospital in critical condition, eight were in stable condition and seven others had been discharged, the Saskatchewan Health Authority confirmed.

Among the 18 injured was a young teenager, authorities said, though they will not be releasing the names of the surviving victims.