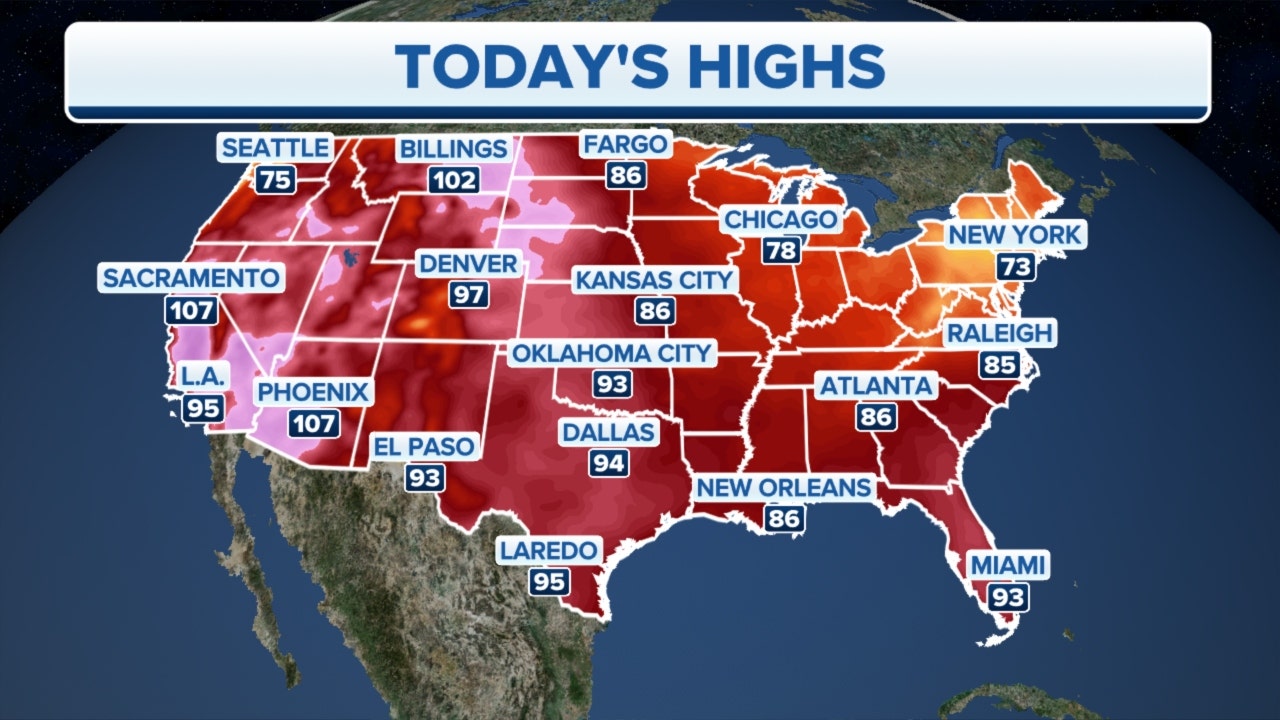 The biggest story yet again this week is the relentless heat across the West.

Record-shattering temperatures will be set again on Wednesday for much of California to the central and northern High Plains.

Some relief is forecast on Friday for the northern Plains, as a strong cold front arrives from Canada.

In addition to the dangerous heat, extreme critical fire danger is also a cause for concern over the northern Plains.

Hurricane Kay will help to bring relief from temperatures and dry conditions in California and the Southwest later this week, and more wet weather is also expected for the Southeast and Gulf Coast, an area that has been inundated by rain over the last few weeks.

Flood threats in the Southeast over the weekend
(Credit: Fox News)

Flash flooding will be the biggest risk there.

Areas to watch and hurricanes in the Tropics
(Credit: Fox News)

The Atlantic Basin is busy, but so far all the storms currently brewing won’t directly impact the U.S coast.