Rep. Paul Gosar asked Ocasio-Cortez if Democrats were planning to help lower the threshold for McCarthy 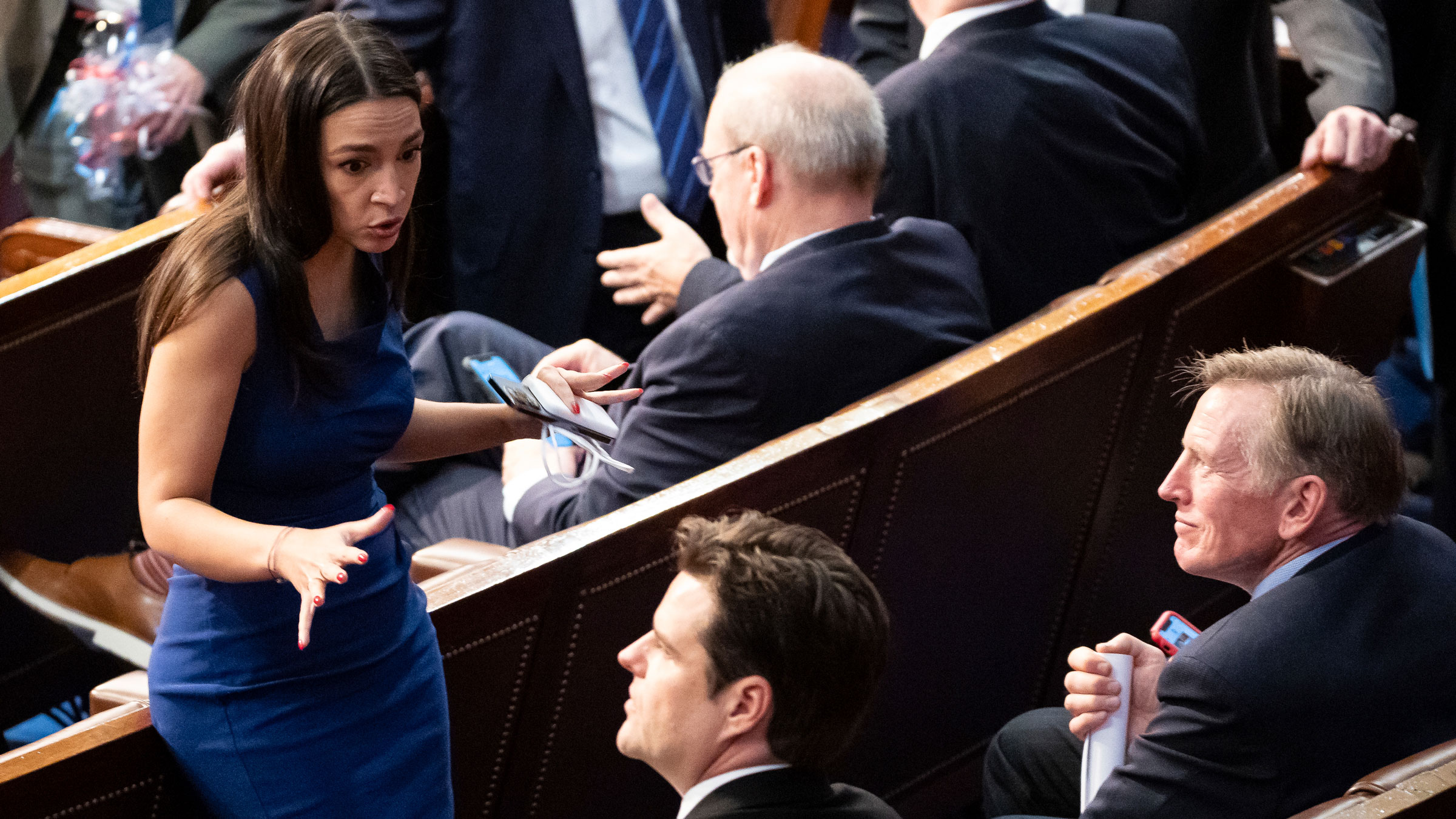 Conservative hardliners nominated Rep. Jim Jordan of Ohio on Tuesday to be speaker of the House during the chamber’s second and third votes amid the floor fight for House leadership.

Jordan, in an effort to show party unity, nominated GOP leader Kevin McCarthy in the second round of voting. Speaking on the House floor Tuesday, Jordan said the differences among Republican lawmakers “pale in comparison” to the differences between Republicans and Democrats.

“We need to rally around him,” Jordan said of McCarthy.

Rep. Matt Gaetz of Florida nominated Jordan in the second round where he earned 19 votes. Republican Rep. Chip Roy of Texas, who already voted twice against McCarthy, nominated Jordan for speaker in the third round.

Jordan’s nomination by another member marks a new layer of leadership drama as Republicans take control of the House.

The first order of House business as the 118th Congress convenes is the selection of a new speaker, but McCarthy is being stonewalled by a group of conservative hardliners. Because the GOP holds only a narrow majority, those hardliners hold more influence in the conference and have already denied McCarthy the votes necessary to secure the gavel on initial rounds of balloting.

Jordan is a close ally of former President Donald Trump. After Joe Biden won the 2020 presidential election and Trump refused to concede while making claims of election fraud, Jordan supported lawsuits to invalidate the election results and voted not to certify the Electoral College results.