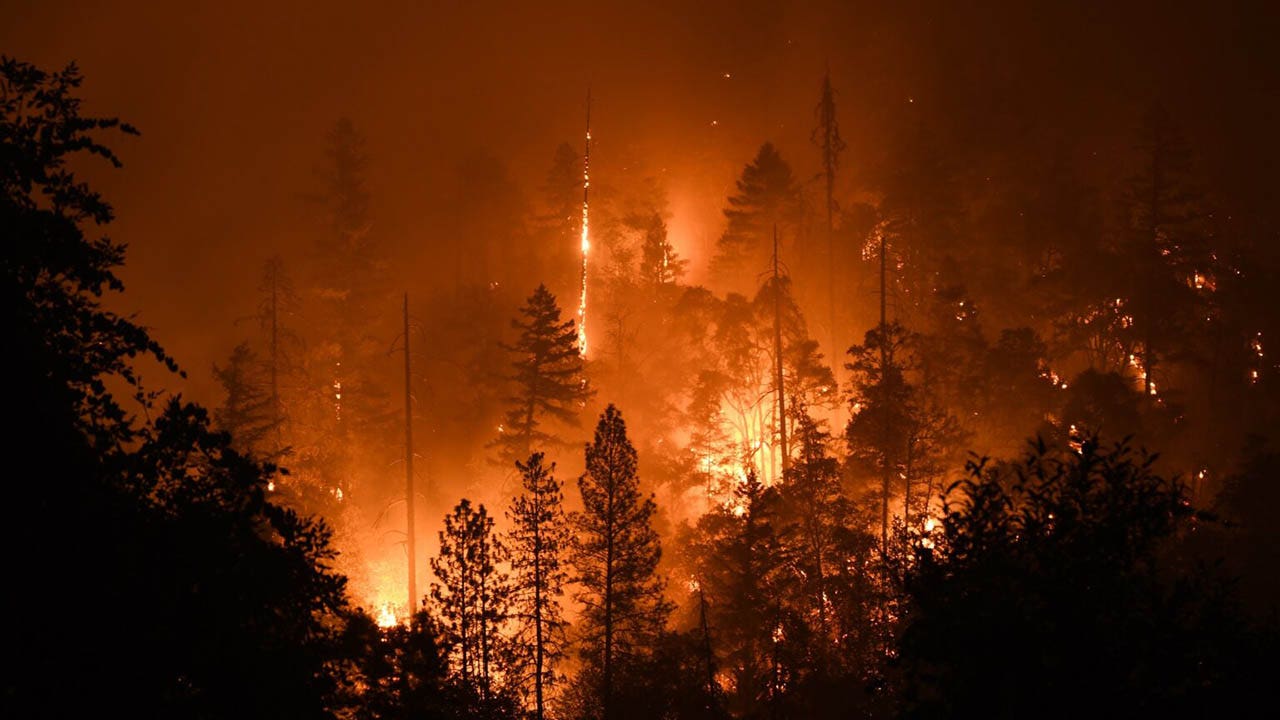 The Rum Creek Fire in remote southwest Oregon continues to spread, scorching nearly 14,000 acres as of Wednesday as officials say the blaze is expected to grow amid tinder-dry conditions.

The blaze has burned 13,994 acres in Josephine County and is 1% contained, the Oregon Office of State Fire Marshal said Wednesday. Officials expect an increase in fire activity through Friday as the weather shifts to a hotter, drier pattern.

Fire officials said the wildfire crossed a control line that firefighters built on the fire’s east side near McKnabe Creek and burned several hundred acres.

The fire is burning on both sides of the Rogue River and is threatening thousands of houses and other structures near the towns of Galice and Rand.

Evacuation orders remain in place in communities near the fire while other residents have been told to be prepared to leave.

The wildfire has destroyed one residence and two mining structures since a lightning strike sparked the blaze on Aug. 17, officials have said.

Fire officials said the Rum Creek Fire is expected to have increased activity as the weather shifts toward a hotter, drier pattern through Friday.
(Oregon Office of State Fire Marshal)

More than 1,300 firefighters are working the blaze with additional personnel from California assisting with structure protection by clearing flammable materials from roofs and yards, installing sprinklers and other measures, officials said.

Firefighters are battling the blaze and using resources to protect buildings and homes from the flames should the fire continue to spread toward nearby communities such as Galice, Oregon.
(Oregon Office of State Fire Marshal)

An Air Quality Advisory continues through Thursday for Jackson, Josephine, and Curry counties because of smoke from the fire.