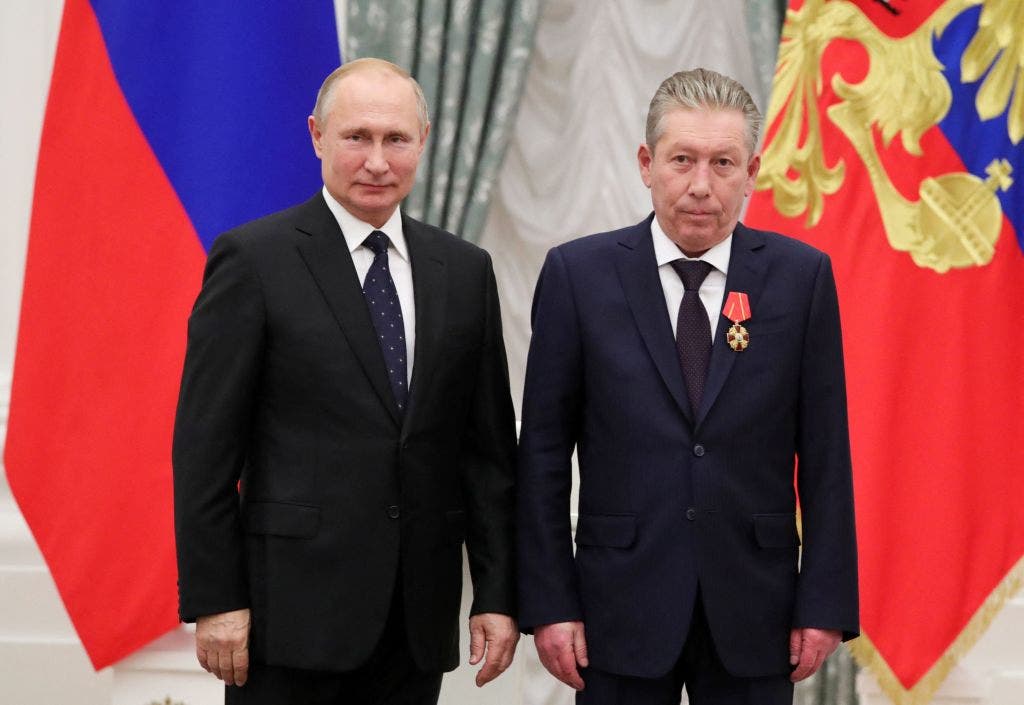 The chairman of Russian oil giant Lukoil, who along with his company had criticized the Ukraine invasion, reportedly died Thursday after falling from the sixth-floor window of a hospital in Moscow.

Ravil Maganov died in what sources are calling a possible suicide after his body was found on the ground of Moscow’s elite Central Clinical Hospital, according to Russian news reports.

A statement from Lukoil said Maganov “passed away after a severe illness,” but did not give any further information.

Citing an unnamed law enforcement source, state news agency Tass reported that Maganov committed suicide after having been admitted to the hospital following a heart attack. News outlet RBK also reported that police were investigating the chairman’s death as a possible suicide.

When Russia invaded Ukraine, the board of Lukoil was one of few companies that urged for a swift end to the armed conflict, calling it a “tragedy” and expressing sympathy for its victims.

Russia’s President Vladimir Putin, left, and Chairman of the Board of Directors of Oil Company Lukoil Ravil Maganov pose for a photo during an awarding ceremony at the Kremlin in Moscow on Nov. 21, 2019.
(MIKHAIL KLIMENTYEV/SPUTNIK/AFP via Getty Images)

Former Defense Intelligence Agency officer Rebekah Koffler, author of the book “Putin’s Playbook,” told Fox News Digital that “we will never know exactly what happened to Maganov,” but noted that death by defenestration is “standard Russian intelligence playbook” regarding the doctrine of “wet affairs,” the translation of a Russian term referring to operations that spill blood.

“The ‘wet affairs’ are targeted assassinations,” Koffler said. “Russia and previously the former Soviet Union are known for orchestrating mysterious deaths of the Kremlin’s opponents. It’s done in various ways — shots in the back of the head, poisonings, forced suicides and other intricate forms of violent death. I have a whole section in my book describing this doctrine and with examples of high-profile cases.”

PUTIN FURIOUS OVER US ‘HEGEMONY,’ SAYS END OF ‘UNIPOLAR WORLD ORDER’ IS ON THE HORIZON

Explaining that the Russian news agencies are mostly controlled or at least influenced by the Russian government, Koffler noted that Russian media “couldn’t keep its story straight today on what happened to Maganov.”

A view of Central Clinical Hospital where the chairman of Russian energy giant Lukoil, Ravil Maganov, was being treated for an illness and died of his injuries after he fell out of a window of the sixth floor in Moscow, Russia, on Sept. 1, 2022.
(Evgenii Bugubaev/Anadolu Agency via Getty Images)

“Interfax said he died, having fallen out of a window and Tass wrote that it was suicide. Yet another paper speculated that he was trying to go out of a balcony to get a smoke. The truth is these tactics are designed deliberately to be stealthy, so no investigator could identify foul play. They are usually deemed ‘tragic accidents.’ Also part of the doctrine,” she said.

Maganov’s death follows a similar mysterious death in August, when Soviet-born businessman and Putin critic Dan Rapoport reportedly jumped to his death from his upscale Washington, D.C., apartment. Like Maganov, Rapoport had publicly criticized the Russian invasion of Ukraine. A former top manager of Lukoil was found dead in the basement of a residence in a Moscow suburb in May.