Salma Hayek, 56, is a vision in white busty dress for event at London’s Claridge’s Hotel 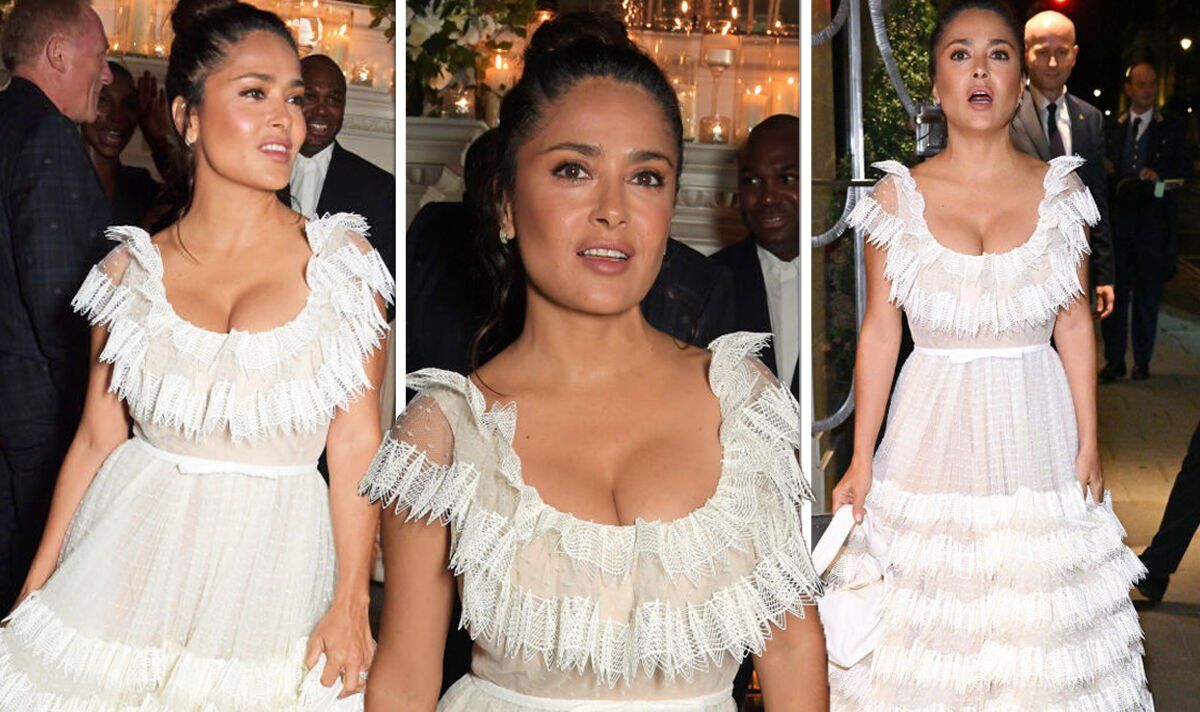 The 56-year-old was the epitome of chic in a floor-length white teared mesh gown that featured a flowing tulle skirt and lace overlay.

The eye-catching dress also featured a plunging neckline giving a glimpse of her ample cleavage while a thin white belt accentuated her hourglass figure.

Salma opted for a gorgeous palette of make-up and wore her dark tresses in a chic bun.

She accessorised her looks with a pair of sparkling diamond earrings as the stunner finished her attire with a white bag.

Salma was joined at the bash by her French billionaire husband François-Henri Pinault, 60, who cut a dapper figure in a dark printed suit.

One thought on “Salma Hayek, 56, is a vision in white busty dress for event at London’s Claridge’s Hotel”